Video overwhelms the Web. And it should.

There is plenty of evidence to suggest that the Internet, at one time the plumbing that connected pages of text and occasional images, is rapidly transforming itself to be a network of video publishing and viewing.

At first glance, this seems quite terrible. 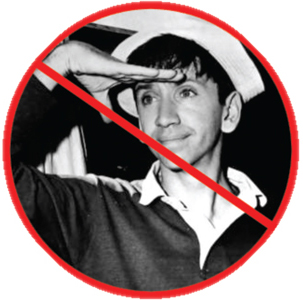 But in fact the emergence of the video Web is critically important, intellectually exciting, and entirely inevitable.

There are historic reasons why we fear video. For most of us who grew up on Batman, or Gilligan's Island, or Charlies Angels, we've known that TV was at best junk food... and at worst, a cognitive cancer.

In recent years, television has become far less benign, filling hours with a grim view of our world with programs like Fear Factor, Big Brother, or the Jersey Shore. As television increasingly dominates our leisure and screen time, it has continued to spiral down toward base human fears and car-wreck peeping tom voyeurism.

When it came along in 2005, YouTube could have been viewed as an accelerator of this trend toward trivial amusement and video junk food. Certainly, squirrels on skate boards didn't qualify as high art. 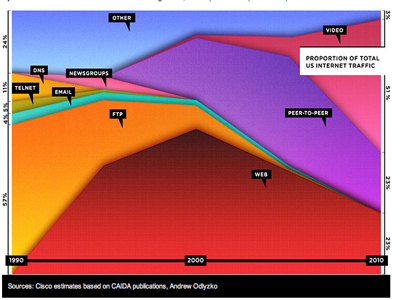 But Web video isn't television. It's something else entirely. And in the past 5 years, from 2005 to 2010, as Web video has moved to become the fastest growing and most prevalent form of traffic emerging on the Web, something else happened.

There are plenty of examples of this -- but the perhaps most dramatic one is the growth of TED Talks. TED Curator, Chris Anderson, calls this emergence Crowd Accelerated Innovation. His thesis is that Web video accelerates the cycle of humans creating, sharing, and iterating.

Three things have changed in past five years -- the combination is like rocket fuel for Web video.

The trifecta of change -- Cameras, Bandwidth and Distribution promises a future where change happens quickly. Of course, there can't only be winners.

The broadcasters and cable companies that have for decades been able to be the exclusive distributor of video via closed one-way networks are now starting to feel the sands shift under their feet.

It seems that humans would rather watch interesting, thought provoking, potentially interactive video content. As Clay Shirky so extraordinarily explains in his book Cognitive Surplus, the extra brainpower we have is no longer being relegated to 'coach potato' activities of mindless viewing of lame sitcoms. Rather, people are engaging in the kind of accelerated innovation that Chris Anderson is seeing across disciplines.

He says two things are fueling this acceleration: Revelation and Motivation.

As Anderson explains it:

"Revelation: for the first time, people can see what the very best people across the globe are capable of. A world of possibility opens up. Motivation: if you can do something innovative and special, you get thousands of people viewing your work and talking about you. It's intoxicating. And it's driving hundreds and hundreds of hours of effort from potential innovators across the globe."

So, the future of Web video ISN'T more of the same. In fact, all signs point to the fact that it is something quite different and quite wonderful.

Skirky says we've got extra brain power to put to work. Anderson says as we see each others innovation --in the global language of images and sound -- we 'step up our game' in a friendly competition that accelerates innovate, and honors innovators.

Now, for those of us who grew up on TV that was 'bad for us' -- the idea that Web video could actually make us smarter seems a bit hard to accept. Yet, the massive video viewing of TED talks alone suggests that someone other than geeks and PhD's are using their free time to engage in, explore, and share ideas.

The Web accelerated the connection of data. But the Video Web accelerates the transmission, innovation, and iteration of IDEAS. And that can only lead to good things.