And most importantly, shake some carpets, fluff your pillows and get your infants to take a deep breath - or lick the floor.

Because new research from UC San Francisco and the University of Michigan indicates that dust from houses where dogs are present may provide protection from respiratory syncytial virus, or RSV. In humans, RSV is associated with a higher risk of developing childhood asthma.

The research was delivered this week at the annual meeting of the American Society of Microbiology in San Francisco.

"In this study, we found that feeding mice house dust from homes that have dogs present protected them" against RSV, said Kei Fujimura, a UCSF postdoctoral fellow.

Fujimura said there has been some research to show that pet ownership provides protection to children from developing asthma.

So, to test whether dogs provide added protection, Fujimura and her colleagues rounded up three groups of mice. The first group was exposed to house dust collected from homes where a dog was a pet. The other two groups were not exposed. Then the researchers exposed the first and second groups to RSV. The third group was not exposed to the virus.

The third group, which was exposed to neither the house dust nor the virus, predictably did not show symptoms, either.

Researchers also collected microbes from the animals' guts and found that the house dust group had a distinct bacterial composition. Fujimura thinks that microbes within the dog-associated dust might colonize the stomach and provide some immunity or protection to the animal against the virus.

"This study represents the first step toward determining the identity of the microbial species which confer protection against this respiratory pathogen," she said.

But the team's work seems to contradict another study, which came out in 2010, by a team from the University of British Columbia, led by Chris Carlsten.

That team's research indicated that children who were at an increased risk of getting asthma - because they had a close relative with the lung disease - actually were three times more likely to develop the illness if a dog lived in their house.

According to Carlsten, the pathways for developing asthma are numerous: There may be genetic susceptibilities; it may have to do with the timing of exposure; or other co-triggers, such as tobacco smoke, could be in the child's environment.

He also said that while his work looked at children, this new work looks at mice, and therefore, it's hard to compare the two and say that one contradicts the other.

He also said no one should make a decision about dog ownership based on any of this research.

"If it's right for your family to have a dog, then get a dog," he said. "But if you weren't planning on getting a dog, then don't get one."

Inspired? Take a look at some adoptable dogs below: 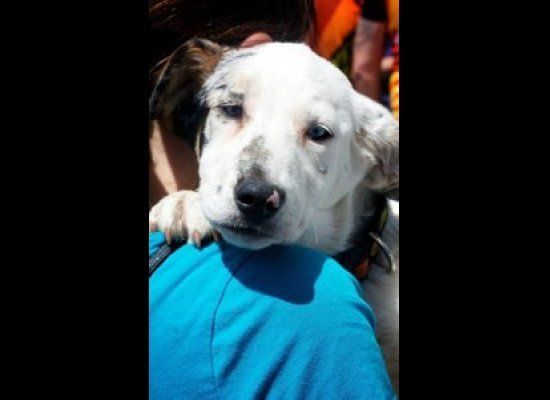 1 / 11
Adele
Adele is a very smart, five month old, female Australian Shepherd. She is partially blind and partially deaf, but that doesn't hinder her at all.
Family Dog Rescue