"To this day, I do not know what we saw, but it is clear that it was under intelligent control and coincided, as to time and place, with what was seen by 70 people on the ground, and neither of us new that the other had seen this stuff for 40 odd years" says retired Pan American World Airways Pilot, Captain Ralph Loewinger. When I asked him if he believed in different levels and forms of The Supernatural and why he responded, "I am not sure at this point in my life. I will NOT discount it however." On October 3rd, 1967, Ralph was the copilot of PAA Flight 160, a Boeing 707 cargo ship out of New York headed to London.

This is a FIRST hand, eyewitness account from the pilot himself who today feels that "no other pilots care, many strange things have been reported across the bar." Today, there are a bountiful rising amount of informal looks into UFO and ET Phenomenon not just in Canada but other global spots as well.

They were approaching Yarmouth, Nova Scotia at approximately 33,000 feet when the strange occurrence had hit. The night was described by Ralph as "clear, moonless and the lights of the south coast were plainly in view." He was the first to observe a formation of lights that sat at eleven o'clock position and a bit high.

"It appeared to be another large transport, showing all lights, heading straight for us in a left bank which would take it across our bow. I announced to Captain Curt Olsen and flight engineer Mike Littlepage to 'watch this guy!'" All eyes were on deck watching what became known as and referred to as 'The Lights'. Both pilots went onto the control yokes to avoid collision. The lights hung at a 45 degree angle downslope left to right.

The pilots did not file a UFO report when asked if they had wanted to when talking with the Boston air traffic control center. Even-though it was confirmed by the control center that there was no traffic near the plane the pilots decided to let this go to avoid filing out paperwork.

Ralph says that they should have "been closing in on this strange target if it was standing still, and Mike remembers the lights getting closer." He also recalls bringing the Navigator and Third Pilot up from the gallery to point this out. Over the past forty plus years, details become grained and blurred but one thing remains a constant which is that night over Nova Scotia, many people in flight and on ground witnessed 'The Lights.'

Days later upon returning from his flight, Ralph was listening to a Canadian radio station while driving and the news announcer stated that "the RCMP had discontinued search operations for 'strange light formations reported falling into the sea near Yarmouth'". What was certain was that this crew saw the light formation similarly reported at the same time on the ground at Shag Harbour.

I asked Ralph what he was doing these days and he told me, "I am retired living in the world's largest fly-in community near Daytona. I have a small airplane and ponder the heavens often -- and yes, I still wonder about what I saw. Incidentally, the History Channel did a one hour show on this some years ago and I guess one could find it still." 'Deep Sea UFOs' aired on The History Channel January 23, 2006.

Did 'The Lights' AKA UFO dive into the Harbour disappearing on that cold, confusing night back in October of 1967? Dives also have occurred to check the ocean floor bedding to see if anything was out of sorts. Unusual "Depressions on the Seabed" as if someone came in and swept up the floor neatly and smoothly at the Shag Harbor UFO Site, was revealed. This leaves us with somewhat of our own 'impressions' that either we can believe, sit on that fence or completely disbelieve. 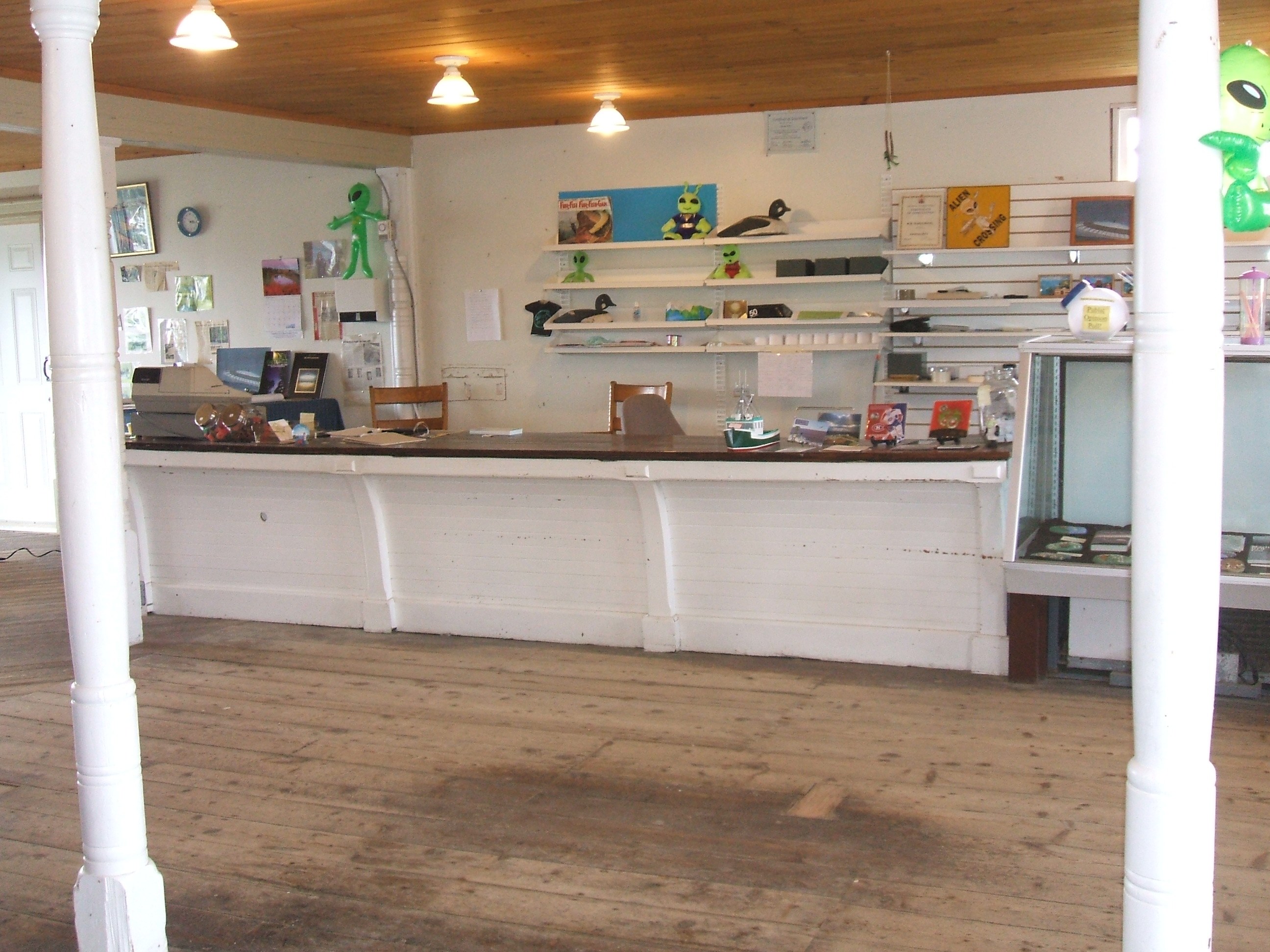 The Shag Harbour Museum was created in which you can visit each year from June until September and is being upgraded as funding provides. It is supported by a group of dedicated volunteer workers of the Shag Harbour UFO Incident Society. Besides promoting the Shag Harbour Incident, the Society is hoping to increase tourism in this area to help ally the problems with a declining fishery. For more information on the area and history, please go here.