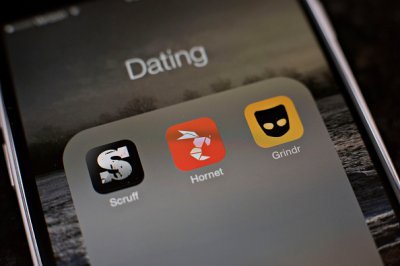 Recently, what's perceived as an HIV filter option on Grindr has caused controversy and discussion among gay men. This development has left people understandably distressed as they worry that it allows the filtering out of HIV-positive guys. But I think we are missing the bigger issue. It's not just about the existence of the filter but it's about why men feel the need to use such a filter in the first place.

Filtering is simply an act of ignorance and fear. Avoiding someone who knows that they are HIV-positive is a bad strategy for staying negative. The science is overwhelmingly clear: if someone is undetectable, meaning the amount of virus in the blood is so low it can't be detected, it's virtually impossible for the virus to be transmitted. Furthermore, there are still plenty of very effective options for protecting yourself from HIV, such as condoms, PrEP, or PEP if you don't want to rely on the undetectable status of someone else.

We must encourage gay men to take control and make informed choices about the risks they are willing to take. It's bad science and simply doesn't work to eschew poz guys while taking risk with guys who might think they are negative. Someone may believe they are HIV-negative but actually be undiagnosed as HIV-positive and have a very high viral load. Prevention is about understanding risk and what options you are comfortable taking to prevent HIV while also pursuing pleasure and intimacy.

Part of the ongoing problem is that a large part of the gay male community still doesn't fully understand what the word "undetectable" means. A wide scale community education project about undetectable and what it means to our daily lives and sexuality hasn't materialized, aside from the U=U, Undetectable equals Untransmittable grassroots movement.

There have been tremendous advancements in HIV science in the past few years but much of it hasn't been successfully conveyed to the general public. Results from HPTN 052, the study that demonstrated that the risk of transmission was decreased by 96% if one is undetectable, was recognized as the "Breakthrough of the Year" in 2011. Yes, over 5 years ago. Recently, the results from the PARTNER study reported that there were zero transmissions between mixed status gay and straight couples engaging in condomless sex.

The "HIV filter" prompted community debate but gay men's issues with HIV are not unique to Grindr. Fear and ignorance about HIV and undetectability stretches to all corners of the internet. Other apps, like Hornet and Scruff, have taken a more constructive approach to dealing with undetectable and treatment as prevention. In fact, Hornet doesn't allow an HIV filter but provides the option for poz mean to search for other poz men and foster a sense of community.

Facts are the best remedy for ignorance. Our community has done a relatively good job of educating people about the facts of PrEP. Almost every major HIV organization has invested in PrEP education efforts for various communities vulnerable to HIV. We should be able to invest the same community education efforts around what it means to be undetectable.

Fear of HIV is insidious and often irrational. As young gay men culture and religion taught us to fear our sexuality and our desires. On top of that, few of us can conceive of a time when gay sex wasn't connected to disease. Add in 30 plus years of fear-based HIV prevention messages, and it's no wonder so many gay men are gripped by fear around sex.

This epidemic over 35 years old. It's our history, our culture, and our politics. It is incidental to our lives. Living in fear is agonizing and exhausting. No one should have to live that way. We can do better for our community.

We can avoid the facts or we can choose to educate ourselves about the latest science. We can filter poz guys or we can engage in meaningful conversations with one another about HIV. We can create more and more barriers to keep us apart or we can choose to bring people together to improve our health and strengthen our community.