Law students in the Environmental Law Clinic at the University of Denver Sturm College of Law plan to file a lawsuit on Wednesday in attempt to block fabric-artist Christo's latest "Over the River" project which proposes to hang 5.9 miles of aluminum coated fabric panels across eight spots along a 42-mile stretch of the Arkansas River, according to a DU press release.

The case is being filed by DU student lawyers Mason Brown and Justine Shepherd whose work will be overseen by attorney and professor Michael Harris.

The DU law students are filing the suit on behalf of Rags Over the Arkansas River (ROAR), a group that opposes the industrial scale art project due what they claim are environmental issues and dangers to the residents and visitors of the proposed "Over the River" project area.

Whether you call us "ROAR," or our full name "Rags Over the Arkansas River," our organization is dedicated to preserving and protecting the headwaters of the Arkansas River, the Bighorn Sheep Canyon, its inhabitants and the communities that depend upon them.

Our founding project has been to formally oppose Christo and Jeanne Claude's "Over the River" project. This project involves suspending horizontal fabric panels within a 45 mile stretch over the Arkansas River's Bighorn Sheep Canyon. Hence the name "Rags Over the Arkansas River." The acronym ROAR soon became our primary moniker.

The Bureau of Land Management approved the project in November and is believed to be the first artwork to receive the BLM's approval through the drafting of a lengthy environmental impact statement. Christo is still awaiting approval from two local counties that would be impacted by the project as well as the Colorado Department of Transportation and the State Patrol.

On Wednesday morning, while the DU law students file suit at the Denver federal courthouse, public hearings will begin in Canon City in Fremont County for final permits, according to Westword.

7News reports that the art project is estimated to cost $50 million, paid for by Christo, and that materials used for the project would be recycled. Christo is also required to put several mitigation measures into place for local wildlife including bighorn sheep and birds.

Construction of Christo's project is expected to begin in 2012. The final work would then be displayed for two weeks in August 2014 before being dismantled. 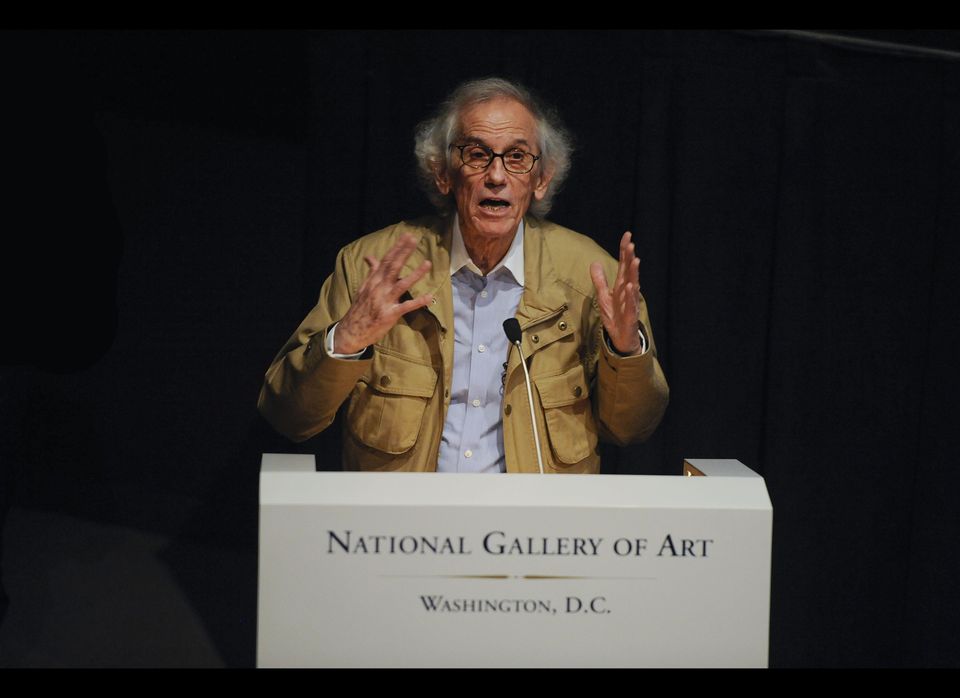