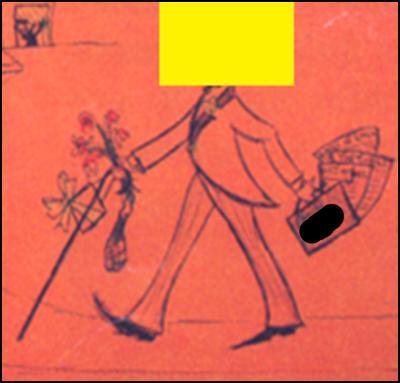 Because excesses of the U.S. National Security apparatus have gotten immeasurably worse over the last decade, I am reposting the following story of mine, "National Security & Incest," which first ran online in 2004.

Doug Valentine, author of The CIA as Organized Crime, once told me that if the CIA were ever dismantled because of excesses, military intelligence would simply replace it. We'll see what changes in our national security are in store as the Trump Administration takes office in two weeks.

"During three hours of conversation several weeks before 9/11 with a key Washington insider familiar with the National Security establishment, I learned that one of the ''founding fathers'' of U.S. National Security sexually molested his own children.

[January 2017 Note: My source, most recently part of the U.S. State Department, told me prior to assuming their position at State that no one cared anymore about said pedophile National Security founding father. Obviously, I disagree.]

This information has never been published before and out of respect for family members who have been victimized, I have chosen not to reveal identities.

But the meeting convinced me that it was clearly time to examine the nature of the mindset of secrecy, lying and spying set in motion by this pedophile and his cronies in 1947 with the creation of the National Security Act.

The American spy apparatus needs to be rolled back and dismantled -- soon -- not made more convoluted.

In the late 1980s, I was a sponsor of the Women's Foreign Policy Council, a nonpartisan organization of American women from public life, academia, think tanks, media and grassroots groups. We had a hearing before the U.S. House Committee on Foreign Affairs on "Women's Perspectives on U.S. Foreign Policy."

In light of the restructuring of the intelligence community now underway, it is worth revisiting the address given to the House Committee November 19,1987 by Frances "Sissy" Farenthold, then Chair of the Institute for Policy Studies and a sponsor of the Women's Foreign Policy Council.

"We must tell them something, but not much." That is what President Reagan said on November 10, 1986 . . . when he and his staff were struggling with the Iran disclosures. But the seeds of his pronouncement were sown 40 years ago in the National Security Act of 1947.

Especially now, amid the self-congratulatory words and celebrations of the 200th anniversary of our Constitution, it is imperative that we accord comprehensive and penetrating study to the consequences of the National Security Act of 1947. We lived 160 years without a national security act. However, in the 40 years since passage of the National Security Act, it has become the controlling feature of our public life and has contributed substantially to the United States of today, beset with problems both domestic and foreign, and with a crisis wherein our credibility is at stake among the nations of the world.

And in 1948, since there was no specific provision for covert political operations in the statute, the NSC authorized special operations by its own regulations. The two critical features of the regulations were that the operations were to be secret, and they were to be plausibly deniable by the Government -- thus authorizing official lying. These provisions are the foundation of the worldwide operations activities of the CIA along with the Central Intelligence Agency Act of 1949, which exempted the CIA from the usual financial accountability of government agencies.

By 1955, misgivings surfaced. In 1955, the Hoover Commission's special task "force, headed by Gen. Mark Clark, stated its concern "over the absence of satisfactory machinery for surveillance of the stewardship of CIA."

President Truman, in a Washington Post article in 1963 wrote: "For some time I have been disturbed by the way the CIA has been directed from its original assignment. It has become an operational and at times a policy making arm of the government."

There were sporadic disclosures and hearings, but attempted controls achieved no long-lasting effect. After forty years of living under the National Security Act, thousands upon thousands of Third World people have been killed and tortured, and millions of dollars have been spent, wasted, and stolen. This havoc has been done not only to others; the effect of the preeminence of the National Security State has worked alarming and harmful effects on our society and our constitutional form of government. It has devoured our material resources. It has operated in a lawless vacuum to an extent never before perpetrated on a democratic society. It has succeeded in these schemes because it has intentionally misled us by molding public opinion through disinformation.

The most immediate dirty war of the National Security State, in time and locale, is the war in Central America. The wars against the Nicaraguan people and their government and the war against the Salvadorean people are not unique. They follow a recurring pattern around the world that time does not permit to detail. In this hemisphere alone in the past three decades, Guatemala, Cuba, the Dominican Republic, and Chile have been subjected to U.S. intervention.

I cite only three very recent revelations of the ongoing overt and covert operations in Central America. A study was issued by the bipartisan Arms Control and Foreign Policy Congressional Caucus last Monday on the misuse of U.S. aid by the Salvadorean military, ruling party, and police.

Also on Monday, a document written by Edgar Chamarro entitled "Packaging the Contras -- A case of CIA Disinformation," was released. Included in Mr. Chamarro's report are specific instances of manipulation of the U.S. press corp and television reporters, and the CIA role in domestic political matters regarding aid to the Contras. The most chilling revelations dealt with Contra fighters being trained by the CIA to use explosives on civilian targets and individuals. And last Sunday's New York Times' account revealed explicitly the U.S. Government's role in Honduras. "Virtually all informed observers feel that the American Embassy and perhaps 100 top army officers, political and business leaders hold near absolute power."

We find ourselves in a very bad pattern, and if fundamental and far-reaching corrections are not made soon, my guess is that the next few years will hold more Watergates, Irangates, and other " -- gates," as it will become clear and indisputable that we cannot sustain a healthy democracy with its representative, nosy institutions while at the same time fostering the imperial military system which has intruded itself into the lives of our neighbors and exceeded all bounds of honor and decency.

Now, we have yet another report coming out of Congress. Early press accounts indicate the proposed remedial legislation will be helpful, but in large part irrelevant to the basic problems, and one proposal, I think, which will be harmful. The proposals deal with findings and reporting requirements, the naming of an intelligence czar, and an independent auditing by the GAO. For the first time, explicit legal authority by statute for covert action is proposed. In other words, para-military covert action would be approved. However, the critical problem is to distinguish between covert activities to gather intelligence and covert activities to launch military actions or other violent intrusions into the lives of other people. A modern democracy requires continuous dialog and re- examination of policies and institutions, and now is the time to consider how far the NSC or the CIA should be allowed to go.

I propose that we are here to redefine national security -- to launch a movement, if you will, that will demand the attention of our lawmakers. We have had such civilizing movements among the citizens of this country during the past 30 years: the civil rights movement, the nonintervention movement, and the women's movement. For many of us, military might is not synonymous with national security. Neither covert nor overt military and economic aggression in the Third World is tolerable. It is not naivete, but the reality of the world that requires these shifts.

And on this premise, my suggestion is that the Speaker of the House of Representatives appoint a special commission or a select committee to study the National Security Act of 1947 and to present transforming revisions to it. This act and others should be looked at by people not part of the "intelligence community," for they have too much to protect. It is time for examination by critical outsiders, both in Congress and elsewhere.

For it is neither the "process" or style that has been faulty. It is the institutions and habits of mind that govern those institutions that must be re-examined.""