The thing about race is that you can't hide it. You can code-switch, adjust your mannerisms, intonation, and vernacular, but when you appear ethnically ambiguous with a name that most cannot wrap their tongue around, blending in becomes a little more challenging.

Generally, this makes for great fodder for jokes afterwards -- comic relief is a great coping mechanism for micro-aggressions. I laugh with my friends about how many times was I asked where I'm really from today? How many times did someone ask me how to pronounce my name and then immediately follow that up with, 'oh, that's beautiful! What does it mean?' Often, I think of posing this question back to illustrate how absolutely absurd it is to assume that any name that doesn't sound 'American' (read: white) is by default exotic, beautiful, and has some inherent deeper meaning.

But I find it harder to laugh when the conversation steers toward my work. Because, just as assumptions about race and otherness are read into my name and my face are read into my work as a domestic violence advocate as well.

Working to end domestic violence is a challenge by its very nature - there are many misconceptions surrounding who it impacts, how pervasive it is, and even what it entails. Our culture also perpetually puts the burden of stopping abuse on the victim, asking why she stays, rather than taking into consideration the many challenges the perpetrator may have orchestrated to prevent her from leaving.

However, I often find that, as a woman of color -- and one whose ethnicity is not easily identifiable -- I am often brought into conversations where the prevalence of domestic violence in the United States is dismissed and downplayed by redirecting attention to violence in other countries (such as my country of origin), or amongst immigrants and communities of faith. There is a great misunderstanding that violence against women in other countries or even in communities of color in the United States is somehow more violent, more pervasive, and more perverse. The underlying assumption is that the culture, religion, or ethnicity of a given group somehow makes the violence worse than the violence that exists in the United States.

You don't have to look far for examples of this. Just a few years ago, when a young woman was brutally gang-raped in India on her way home from the movies, there were outraged cries from the United States for an overhaul of cultural norms and laws in India. Much of the coverage was couched in an uncomfortable (and incorrect) comparison of cultural norms - that somehow, Indian culture was accepting of rape, that women in India are inherently repressed by their culture and religion, and that Indian men are inherently violent.

We do ourselves a disservice when we let the conversation around violence against women turn into one where we pit one victim against another, or one perpetrator against another. It comes at a heavy cost - the cost being one where victims are silenced and the prevalence of the problem dismissed. And in this case, much of the conversation made the issue of rape a uniquely Indian one, whereas the numbers say otherwise: In the United States, out of every 100 cases of rape, only 9 are prosecuted, 12 lead to an arrest, and 5 lead to a felony conviction.

This, to me, is a classic example of how we lose sight of understanding violence against women as a pervasive system of oppression that impacts all women across the board and perpetuates the myth that it only occurs outside of the United States. We know better -- 1 in 4 women in the United States will experience domestic violence at some point in their lives, 46 women are shot to death each month from gun violence, and women are 11 times more likely to die at the hands of a gun in the United States than in any other industrialized nation.

Let's stop asking the wrong questions -- instead of wondering where women have it worse, let's instead ask, why is violence so gendered? Without using a broader lens to examine violence against women, we neglect the fact that it is a pervasive and grim reality that women across the world experience. It manifests itself differently in every community and culture, but the root cause remains the same across the board: patriarchal ideals that allow violence to exist and persist. 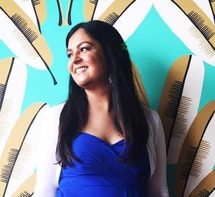 Qudsia Raja is the Advocacy & Policy Manager for Health and Safety at YWCA USA, where she leads policy and legislative efforts on violence against women. YWCA is the largest network of domestic violence service providers in the United States, serving over half a million women each year through its anti-violence programs.

We are dedicated to eliminating racism, empowering women and promoting peace, justice, freedom and dignity for all.