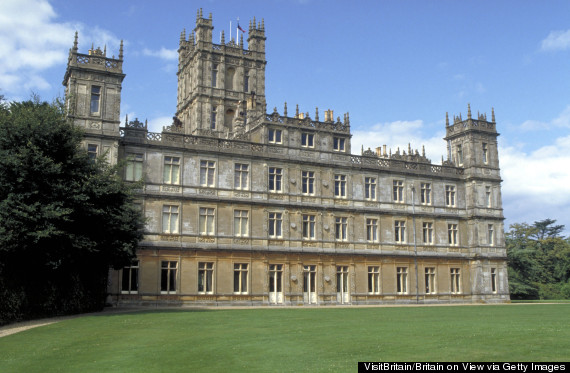 An exterior shot of Highclere Castle. 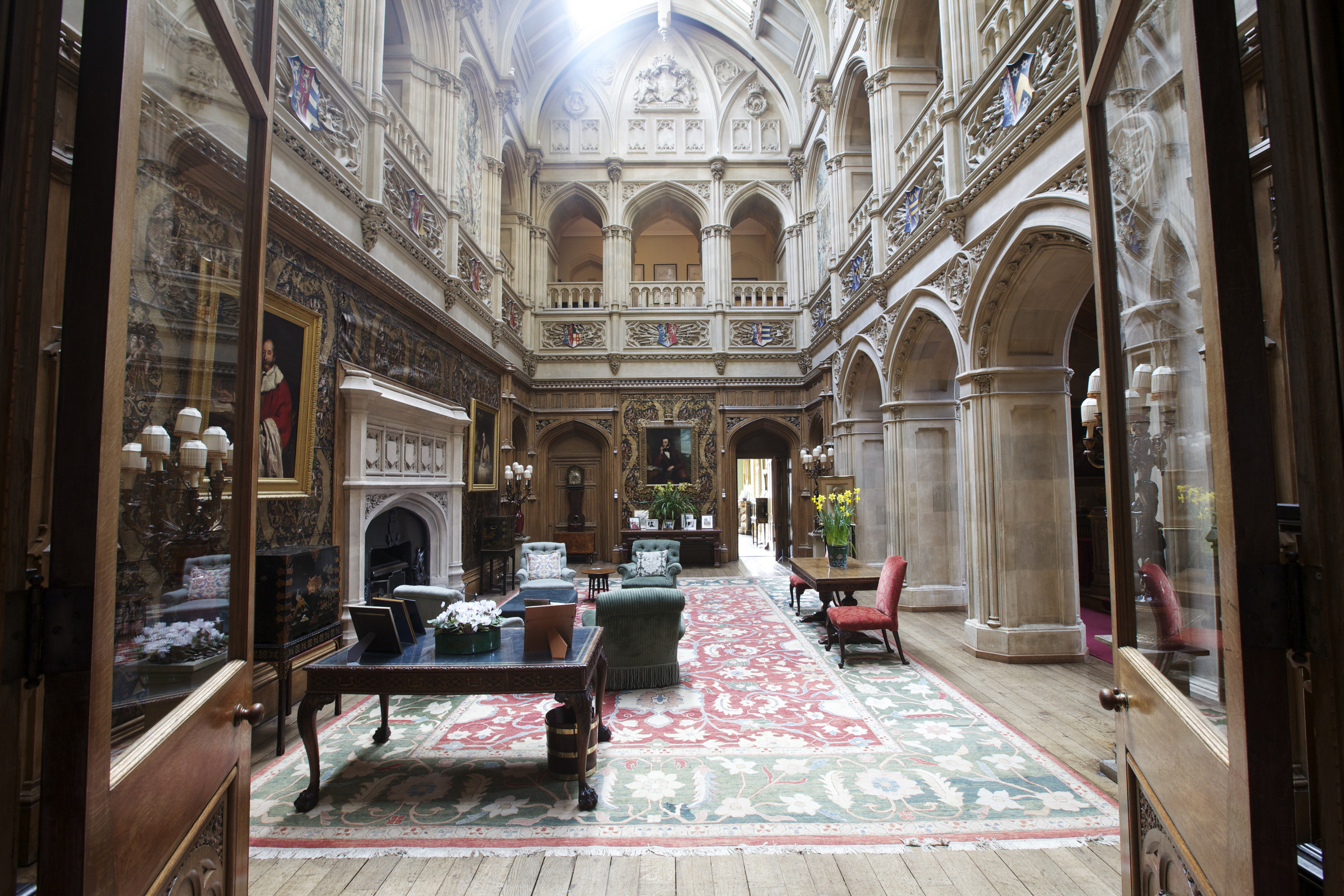 An interior shot of Highclere Castle.

Beginning on Valentine's Day 2015, the Earl and Countess of Carnarvon will open the property's guest house, London Lodge, on select weekends for visitors who want to stay for a mere $550-ish per night. And in a way that sounds quite perfect coming from an aristocrat; the countess was quoted as saying that she hopes the concept of short stays on the property will "amuse people." Indeed. Cheerio. 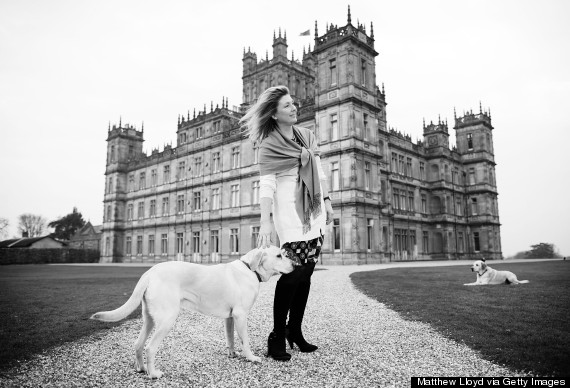 The Countess of Carnarvon 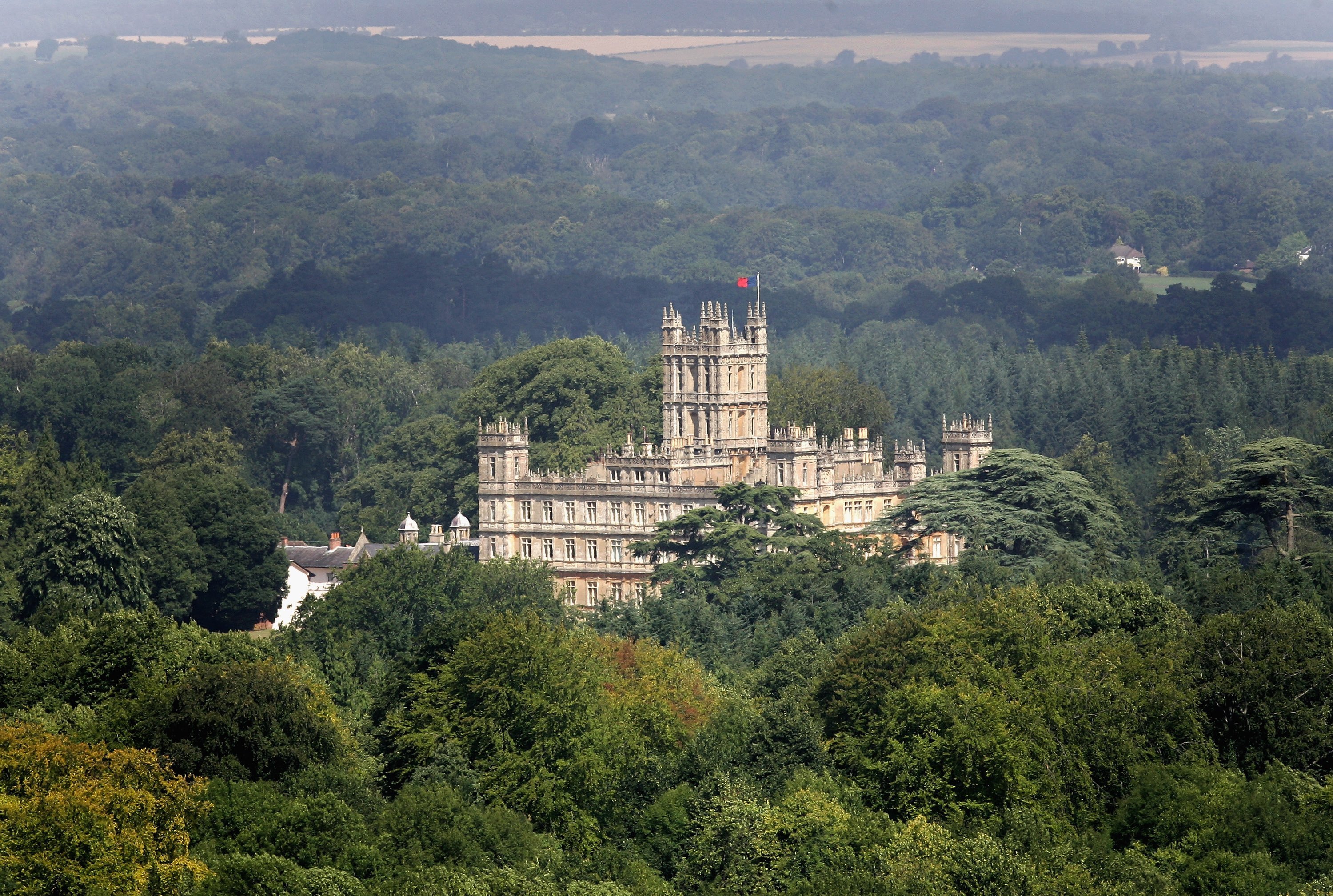 The castle can also be rented out for weddings.

A beautiful stone archway, which serves as a facade of the guest house, was built in 1793 by the first Earl of Carnarvon and was considered the formal entry to Highclere Park. In 1840, two small buildings connected by a short path were added, and that structure became London Lodge, the guest house the current Earl and Countess of Carnarvon spent the past two years renovating. The lodge comfortably sleeps two, includes a double bedroom, a charming kitchen and a living room with a Chesney wood burning stove.

Accommodation packages include tours of the grounds, but if you're interested in spending springtime at Downton, you better book quickly. The website says that tickets for the property's Easter and Spring 2015 Public Opening are sold out. 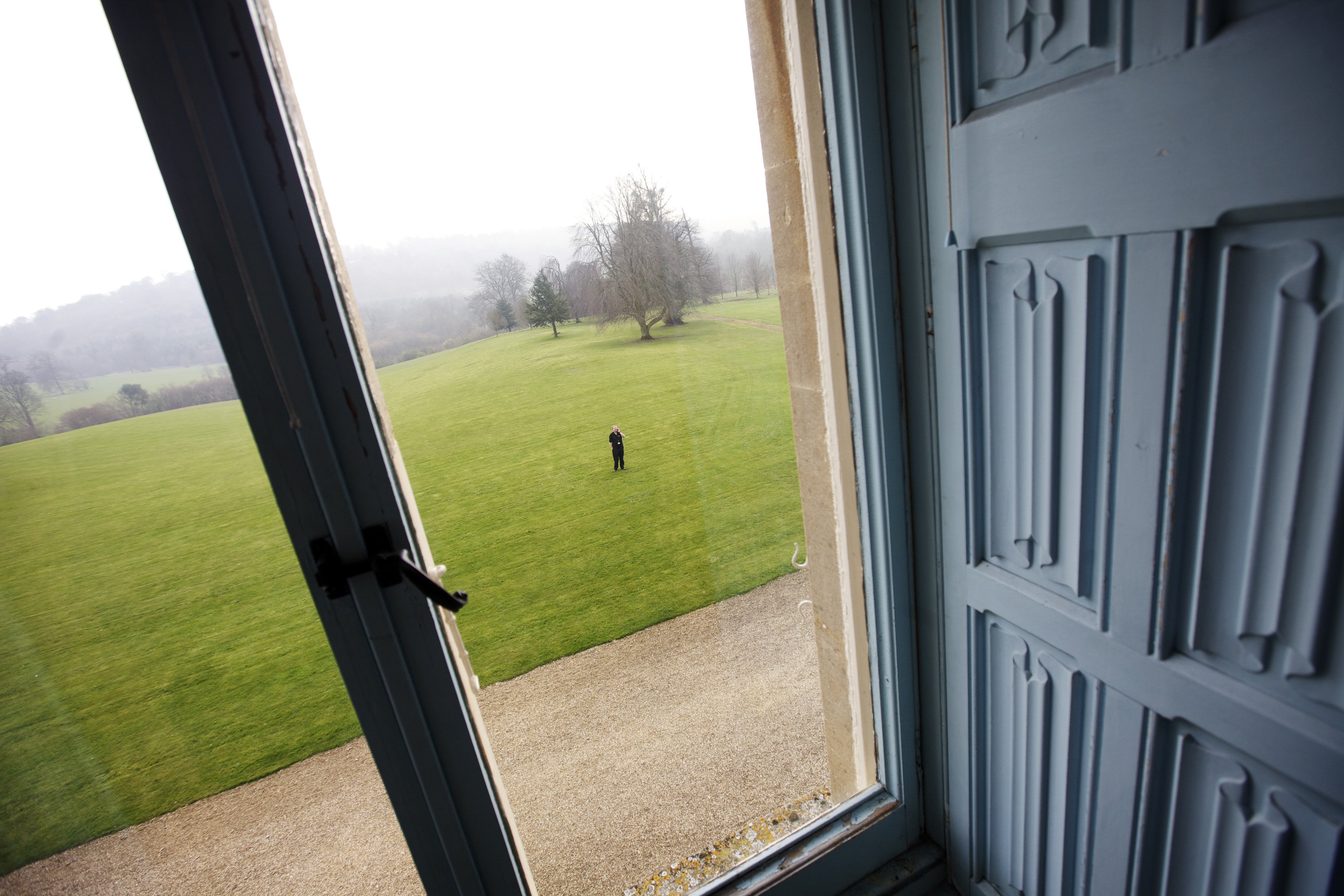 A view of the grounds from one of Highclere Castle's bedrooms.

If staying at the property's guest house just doesn't cut it, sleep like royalty at one of these five British castles that have been converted into hotels. If that's not enough, you can always rent an entire one for you and dozens of your friends.

And if you'd prefer to bring a bit of Downton to you, check out the below menu for a Downton Abbey-inspired dinner party that you can throw in the comfort of your own, humble abode:

The First Course
Most dinners of this time period began with soup and was accompanied by seafood dishes. Seafood is lighter than other proteins, making it more appropriate for a starter course. You could normally find at the table one shellfish plate and one fish during this course.
Creamy Watercress Soup
EatingWell
This soup is a spicy pureed green soup. It gets its kick from a hint of horseradish and blue cheese, and is lightened up with its base of fresh watercress. Get the Creamy Watercress Soup recipe
Oysters On The Half Shell With Mignonette Sauce
EatingWell
On the half shell, with mignonette sauce, is a classic way to serve oysters. The sauce is a combination of champagne vinegar, shallots and black pepper. Get the Oysters on the Half Shell with Mignonette Sauce recipe
Poached Salmon With Creamy Piccata Sauce
EatingWell
Poaching salmon is a light way to prepare this fatty fish. Topping it with the creamy piccata sauce -- full of capers, shallots and dill -- ensures that it stays rich in flavor. Get the Poached Salmon with Creamy Piccata Sauce recipe
The Entree Course
The entrees, which came before the second and third course, were normally an option of one meat dish and one poultry. Typical dishes varied from larded fillets of rabbits to fowl au bechamel.
Filet Mignon With Mushrooms And Mustard-Red Wine Sauce
Filet mignon is an extremely lean and subtle cut of meat. The rich sauce that tops this filet is given a punchy flavor through the use of a spicy, dijon mustard. Get the Filet Mignon with Mushrooms and Mustard-Red Wine Sauce recipe
Mustard Tarragon Chicken Cutlets
New Media Publishing
A strong mustard sauce, flavored with tarragon, tops this chicken dish. The wine added to the sauce adds a complexity of flavor to this otherwise simple recipe. Get the Mustard Tarragon Chicken Cutlets recipe
The Second Course
The second course is when the heaviest dishes came out. While meat did appear in the other courses, it is in the second course that dishes such as roast saddle of mutton, roast turkey with sausages and roast leg of pork with apple sauce were served.
Lamb Stew With Lemon And Dill
New Media Publishing
For this recipe it is best to find lamb on the bone -- it cooks more slowly, giving the flavors more time to develop. Flavored with dill, lemon and oregano, this lamb dish is simple to put together. Get the Lamb Stew with Lemon and Dill recipe
Turkey Breast with Poached Plums
TASTE
This turkey breast recipe requires minimal effort and its results are packed with flavor. Roasted with ginger and syrup, the dish gets an additional sweet note when topped with freshly poached plums. Get the Turkey Breast with Poached Plums recipe
Asparagus With Shallot Caper Vinaigrette
Frances Janisch
Be sure to cook the asparagus until just tender, with still a little crunch left in them. The shallot caper vinaigrette -- which is potent and rich -- transforms this simple asparagus dish into one that you will be making again and again. Get the Asparagus with Shallot Caper Vinaigrette recipe
The Third Course
The third course was served before the dessert and ices. Typically, this course included a small game bird, such as squab, pigeon or quail, along with sweets. Typically found in the assortment of sweets was one type of fruit jelly, a meringue and a pudding.
Quail With Ginger-Cranberry Pilaf
EatingWell
To get a nice crispy skin, this recipe suggests searing the quail in a skillet before finishing it off in the oven. It is baked atop a bed of pilaf sweetened with pears and cranberries, and flavored with fresh thyme and sage. Get the Quail with Ginger-Cranberry Pilaf recipe
Meringue Nests With Roasted Rhubarb And Strawberry Sauce
New Media Publishing
Meringue was a typical sweet treat in those days, and it was often topped with fresh fruit for garnish. Be sure you are using sugar and not salt, you don't want to have a repeat of the mishap that occurred on "Downton Abbey." Get the Meringue Nests with Roasted Rhubarb and Strawberry Sauce recipe
Apple Bread Pudding
Anson Smart/Food&Wine
Appearing on the menus from this era was Cabinet pudding -- which is very similar to what we know as bread pudding. Cabinent pudding is a moulded pudding made with bread or sponge cake, sweetened with fruit and a creamy sauce to top it. Get the Apple Bread Pudding recipe
Jellied Cranberry Sauce With Fuji Apple
Frances Janisch/Food&Wine
Don't eat the canned jellied cranberries -- make it at home! It's easy, and delicious, with this recipe. The cranberry jellied sauce is dotted with apple pieces, which adds a nice flavor contrast. Get the Jellied Cranberry Sauce with Fuji Apple recipe
Apple Confit
EatingWell
Making your own apple sauce is easy to do -- and the flavor is far superior to any store-bought variety. Once you try this recipe, you will be wondering why you had not done so sooner. You can make this recipe ahead of time, it keeps in the fridge for about half a week (and tastes great as a topping for pancakes). Get the Apple Confit recipe
WATCH: A 'Downton Abbey' Dinner Party