A survey by the Levada agency found that 62 percent of respondents voiced approval for Putin's performance in Russia's highest office, down from 65 percent in December.

That is still higher than many Western leaders. But the figure from the Jan. 18-21 survey was the lowest since June 2000, a month after the start of his first presidential term.

His approval rating in the monthly survey has fluctuated since he started a third term in May from a high of 69 percent that month to 63 percent in August and November.

"This is a very stable trend: Falling confidence, the declining legitimacy of the authorities," Levada director Lev Gudkov said.

The most important factor was "the loss of belief that Putin can guarantee an economic path for the country that leads to an improvement in living standards".

The former KGB officer's approval rating exceeded 70 percent for most of his 2000-2008 presidency, a time of spectacular growth driven by rising world oil prices, and sometimes rose above 80 percent.

Inflation overtook wage increases in Russia for the first time after the global financial crisis and economic growth has not fully recovered, coming in at 3.7 percent last year after averaging 7 percent during Putin's first stint as president.

The Euro zone recession and a poor grains harvest helped push inflation up last year to 6.6 percent and cut the rate at which the spending power of Russian households is growing.

Unemployment has also spread, moving up to a rate of 5.4 percent of the workforce in November, or 4.1 million people, from 5.3 percent the previous month.

After four years as prime minister, Putin won the presidency again in March 2012 despite a series of opposition protests that drew tens of thousands of people and underscored discontent among the urban middle class with is prolonged dominance.

Despite growing dissatisfaction over corruption and failings in public services such as health care, law enforcement and schools, Gudkov said Putin can count on a broad support base that ensures his rating will likely never dip below 30 percent.

Asked to name politicians they trusted most, 38 percent of those polled by Levada in January named Putin, up from 34 percent in December. Levada polled 1,596 Russians adults nationwide, with a margin of error of 3.4 percent.

Putin has not ruled out seeking another six-year term in 2018. He has used choreographed television appearances to sculpt the image of a tough, sharp-minded leader in command of economic facts and figures but with a finger on the pulse of the people. (Reporting By Maria Tsvetkova, Writing by Alissa de Carbonnel, Editing by Steve Gutterman and Angus MacSwan) 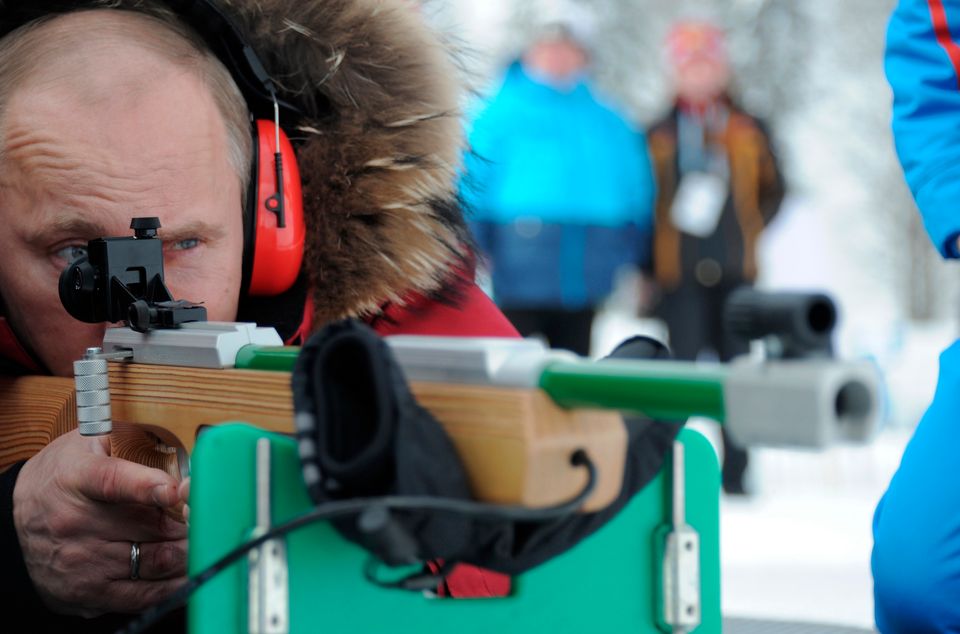