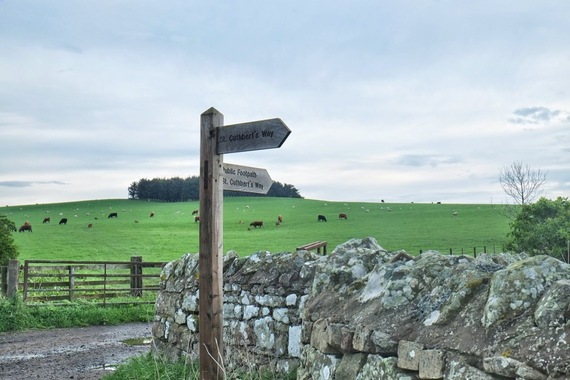 Going for a long walk over several days is not a completely new concept for me. I have been backpacking in the mountains for most of my life, and there is nothing like a backcountry experience for getting completely off the grid.

When hiking the Rocky Mountains or even the Ozarks in Arkansas, we have to take everything we need for the time we are away, but last year we moved to the United Kingdom, where I discovered that one can go for a long walk in the country, but still end up in some sort of civilization each night.

Perhaps it's the novelty of getting to see a new place entirely on foot, but this idea of walking from town to town had great appeal to me. So when my sister made plans to visit me in Scotland this year, I asked her if she would want to accompany me on a country walking holiday.

We planned our walk with the help of a walking company, so not only were all our accommodations booked ahead of time, our bags were transferred each day to our new location. For two gals who have carried a sleeping bag, a tent and all our food and clothes for a week into the mountains, the idea of walking with just a day pack on was like a dream! It was also how I talked my sister into coming.

"We don't even have to sleep outside!" I told her. "We will just walk all day and then arrive somewhere new each evening. Come on. It will be so much fun!" 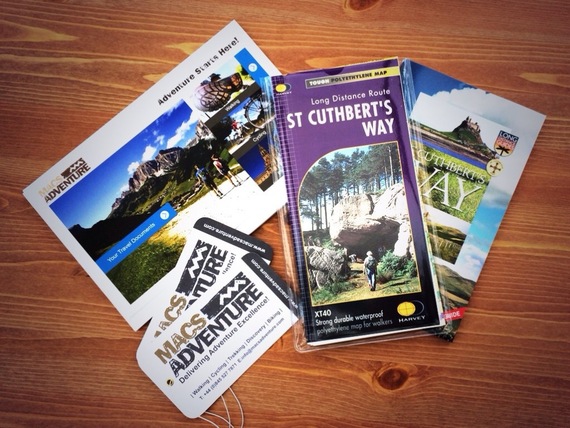 After a few more consultations with my sister and with Macs Adventure (the walking company we used), I determined that we would walk St Cuthbert's Way, which is rated easy to moderate as far as walks in Great Britain go. In five days, we would walk a total of 63 miles, give or take a few for detours, both planned and accidental.

My sister arrived at the end of April and we set out on the first day of May from Melrose Abbey to trace a path that a medieval saint walked along over 700 years ago. St Cuthbert is the patron saint of Northern England, and is credited with the spread of Christianity throughout the area. Beginning at the age of sixteen, he walked these same farms, woods and moors to minister to people where they were. Later he retired to a small island off the eastern coast of England to live out his days praying and communing with God. He died and was buried on Holy Island, which is also the final point of the walk. 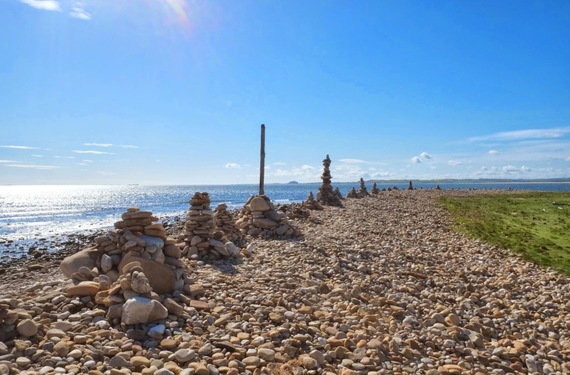 Legend has it that St Cuthbert was a healer, and even after his death, many people made the pilgrimage to his burial place to receive healing and blessing. His remains became so sacred that when Vikings attacked the island in 875AD, a group of monks carried his body around, hiding in caves and forests for seven years. The remains of St Cuthbert were later enshrined in the massive Durham Cathedral, where they remain today. You can still pay your respects or seek healing from St Cuthbert by going to Durham, but I think tracing his literal footsteps between Melrose and Holy Island is another way to get in touch with the quiet spirit of this saint.

The fact that we were walking the hills where St Cuthbert brought hope and healing to his part of the world gave our journey its own sense of pilgrimage. While we were both unfamiliar with St Cuthbert, we loved learning about him before, during and after our walk. And we got a small sense of what it would be like to be a wandering saint. 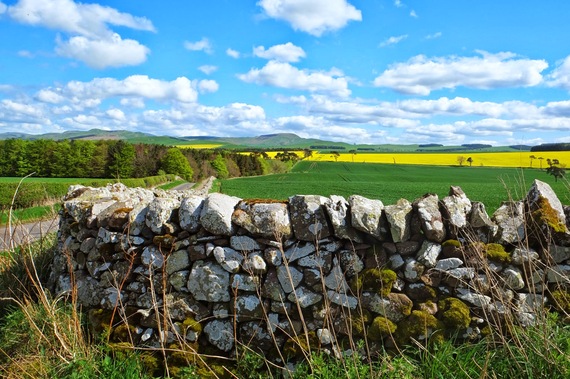 We ate breakfasts prepared by our hosts, packed up our lunches and headed off on the trail for the better part of each day. We walked through some of the most beautiful countryside I have ever seen, all along the border of Scotland and England. We saw thousands of sheep, most of them with a couple of spring lambs trailing after them. We stopped along rivers and fields of yellow rapeseed to appreciate the new life growing in spring.

Sometime before dinner we would arrive in a new village. We would find our bed and breakfast and always be amazed at how our luggage was already waiting for us in our room. We would drink tea and shower and take an ibuprofen or two for our sore legs, read a couple of chapters of a book, have a slow wander around the town and then eat a hearty country dinner, almost always accompanied by "chips" (British speak for "fries").

Then we would turn in for the night so we could wake up and do it all again the next day. The same path, but a new destination. We both wondered before we began if we would be able to make it the whole 63 miles, but day by day, we moved along slowly but surely. Telling stories of the last year to each other to pass the hours, we caught up on all the details of each others' lives that we have missed by living so far apart.

The whole journey was nothing less than idyllic. And I've decided this sort of travel might be my new favorite way to see a country: on foot, slowly and alongside a dear companion. 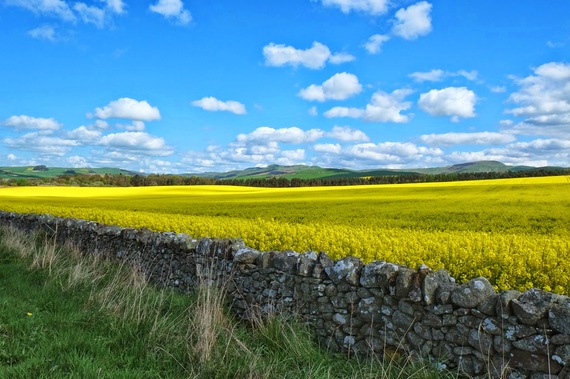 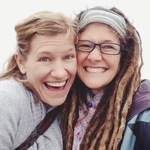 I'm super grateful to Macs Adventure for helping us have a wonderful walking holiday. Also, by way of disclosure, I received a blogger's discount on our booking. For more about my journey along St Cuthbert's Way, including a day by day journal of our walk, visit my blog.