While a number of U.S.-based publications have raised serious questions that Iran's nominee for the UN ambassador is amongst students who took 53 American diplomats hostage for 444 days in 1979, Ebrahim Asgharzadeh who was amongst the leading figures of occupying the U.S. embassy, told me in an interview from Tehran that the Iranian diplomat was not involved in any decision-making circles in the "hostage operation."

In early January, Hamid Aboutalebi, the Political Deputy of President Hassan Rouhani's office, who previously served as Iran's ambassador to Italy, Australia, Belgium, and the European Union, was nominated as Iran's ambassador to the United Nations. But the delay in issuing his visa by the U.S. government, coupled with revelations on Aboutalebi's likely role in the 1979 hostage taking of the U.S. embassy in Tehran, have raised questions on the possibility of his presence in New York as Iran's new UN envoy.

Many of those involved in the 1979 seizure of the U.S. embassy in Tehran joined the reform movement over the next three decades and turned into serious critics of the government. The list included Mohsen Mirdamadi who was one of the main figures at the center of the hostage taking operation, now in prison for his political activities.

In 2006, Asgharzadeh told The New York Times that "he was even willing to apologize for the takeover, if that would ease tensions" [between the U.S. and Iran]. 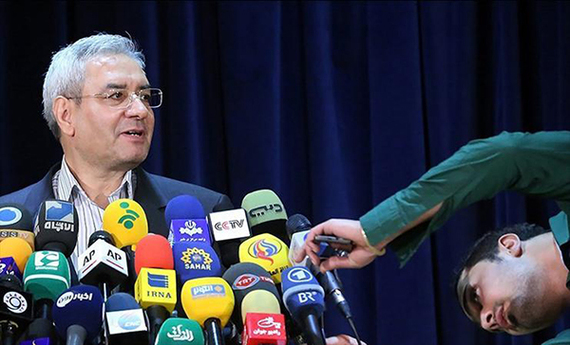 In this interview, Ebrahim Asgharzadeh, a political activist and former member of parliament in Tehran and well-known as one of the leaders of the "embassy takeover", discusses Aboutalebi's role in an event that has greatly contributed to the hostility between Washington and Tehran for more than three decades.

Excerpts from the interview follows:

You were one of the main individuals involved in the hostage-taking of U.S. diplomats at the U.S. Embassy in Tehran. What was Hamid Aboutalebi's role in it?

He wasn't one of the core group of students. His involvement was peripheral. He was one of the guys the students used because of his fluency in English. He wasn't one of the main students involved in the event, with an ongoing responsibility. After the siege, we defined new responsibilities such as "document translation" or "communicating with foreign reporters," and this is why we used some people on a temporary basis.

Would you remember if he was one of the individuals involved in the siege?

Yes, I would. The main students were picked by a 15-member council from several good universities in Tehran. They were involved from the beginning and assumed direct responsibilities and the work was divided. Later, when the situation lasted longer than 48 hours and its duration extended, new tasks were defined in the coming months and some individuals helped indirectly. We would know if they were a part of the group of original students or whether they were introduced to us.

So, he did not have a direct role in the hostage taking?

No, he must have been invited to a secondary task.

How many students were in the original group when the siege took place?

We were planning on using 400 students from Tehran University, the Tehran Polytechnic, and Sharif Industrial University. We said let's take 100 students from each university in order to carry out this operation, but we didn't get more than 200 to 300 students. We had planned this for 48 hours only. After 40 hours, when the story changed and we decided to stay, we divided the watch and service tasks and determined several work shifts. This is why we also invited other students, and added about 100 to 150 to the original 250. Some of these individuals such as Mrs. Ebtekar [Massoumeh Ebtekar, Vice President to Hassan Rouhani and Head of Iran's Environmental Protection Organization], and Mr. Sheikholeslam [a current Foreign Ministry official] came to help out. But some of the others would only commit to a few hours for helping the students. I believe Mr. Aboutalebi should be one of those guys.

Who were the original decision makers?

The original decision makers were a group of three individuals who comprised the Central Council of Daftar-e Tahkim-e Vahdat in October 1979. There were five of us. When we talked about occupying the Embassy, however, Mr. Ahmadinejad and Mr. Seyed Nejad became upset and left, so there were the three of us. They didn't accept our decision. Their thinking was that Marxism was the most important issue in the country and that we didn't have anything against the U.S.; that, rather, we must go after the USSR. They rejected the plan in protest. Myself and Mr. Mirdamadi [a reformist who was imprisoned after the 2009 election], and Mr. Bitaraf represented the three universities. We invited four more individuals from every university as well, and we became a 15-person Council. The 15 individuals assumed responsibility for operational planning and the same 15 people became responsible for inviting others to come to occupy the Embassy on the night of November 4, 1979.