On social issues, the military has often seemed the last to know. Ending racial discrimination took decades. Outlawing discrimination based on sexual preference took just as long. This year, the role of women in combat is finally being recognized. In every case, the military's rationale for resisting change has been that military readiness would inevitably be compromised.

But significant progress has been made in recent years on all of these issues without adverse impact on our preparedness. By contrast, progress has been frustratingly elusive in persuading the U.S. Navy to care about the health of our oceans. After over two decades of adverse federal court orders - and over five decades since the "Save the Whales" movement focused widespread public attention on the plight of these magnificent animals - the Navy continues to resist the common sense proposition that needless infliction of harm to whales and other marine life in training with extraordinarily loud, high intensity sonar and heavy explosives is neither reasonable nor legal.

But as two recent court decisions make clear - issued in different cases by different courts -- the Navy's intransigence is based on more than its concern for national security. In fact, much of the blame lies with the government regulatory agency whose mandate it is to protect our oceans. It lies with the failure of the National Marine Fisheries Service to do its job. 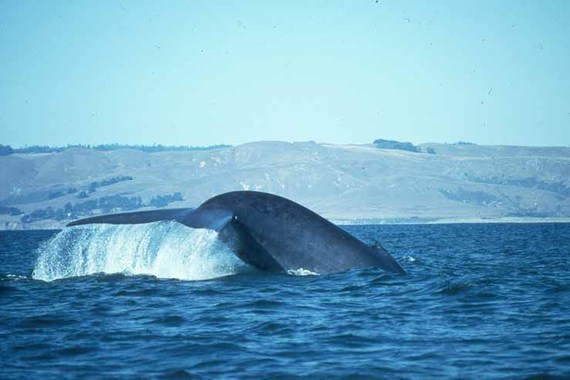 For over 40 years, under the Marine Mammal Protection Act, the Fisheries Service has been entrusted by Congress with lead responsibility for the protection of whales and other marine mammals from harassment, injury, and death. By law, the agency carries out this responsibility through permitting authority over a host of federal agency activities - including those of the U.S. Navy -- that may result in "take" of marine mammals. Among other requirements, Fisheries must deny a requested permit - even to the U.S. Navy - if the consequences of the proposed activity have not been reduced to "the least practicable adverse impact."

This statutory requirement is explicit. Court decisions interpreting it are unequivocal. And yet the Fisheries Service continues to violate it.

Just last month, for example, in a unanimous decision, the U.S. Court of Appeals for the Ninth Circuit cited this requirement in holding that Fisheries had illegally issued a permit to the Navy for global deployment of its high-intensity long-range low frequency active sonar system - a submarine detection technology capable of ensonifying vast expanses of the world's oceans with dangerous levels of sound. Twice found to have acted illegally in issuing similar permits in 2002 and 2007, the Fisheries Service nevertheless permitted the system again in 2012, this time ignoring safeguards recommended by its own scientists despite, in the court's words, the resulting "systematic underprotection of marine mammals." The agency gave "mere lip service" to the legal standard and made "a policy choice not to protect areas . . . composing most of the world's oceans," leaving "a meaningful proportion of the world's marine mammal habitat underprotected." 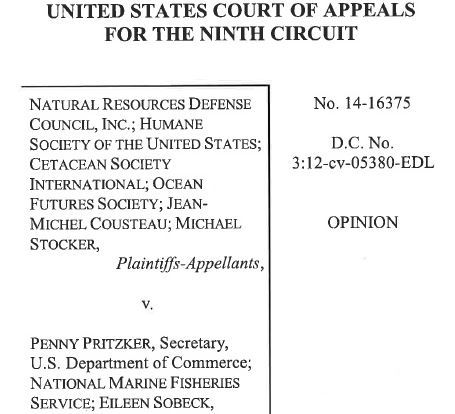 How did the Fisheries Service respond? Just this week, in astonishing disregard of the court of appeals' decision, the agency issued the Navy a Letter of Authorization to continue operating under the illegally-issued permit -- as if the court's adverse decision and the agency's own responsibility to protect marine mammals are irrelevant in the face of the Navy's request to continue business as usual.

Last year, in even harsher terms, the federal court in Hawaii rejected the issuance of a permit for Navy testing and training with deadly mid-range sonar in the marine mammal-rich coastal waters of Hawaii and southern California. Once again citing the "least practicable adverse impact" standard, Judge Susan Oki Mollway criticized the Fisheries Service for merely "parrot[ing] what the Navy says" and failing to "articulate a rational basis" for accepting it, "treat[ing] the standard as if it requires no effort at all." For the Navy's part, rubber-stamped by the Fisheries Service, Judge Mollway found a "total failure to clearly consider important information" and "flaws so fundamental that the [environmental planning] document needs to be totally rewritten." The court concluded that "the Navy's categorical and sweeping statements, which allow for no compromise at all as to space, time, species, or condition, do not constitute the 'hard look' required" by federal law.

In neither case was national security at risk, contrary to the Navy's claim. In fact, the court of appeals explicitly recognized that "the mitigation measures the MMPA requires do not infringe on the Navy's capacity to defend the United States during wartime or heightened threats to national security."

The essential failing in both cases -- and indeed in virtually every case in which NRDC has challenged the Navy's training with high intensity sonar and heavy explosives over the past two decades - has been the refusal of the Fisheries Service to regulate. Rather than exercising the oversight required by law, the Service has chosen in effect to join the Navy's team, acquiescing in the omission of common sense safeguards recommended even by its own scientific experts. However understandable this capitulation might be in the face of the Navy's unique political and fiscal influence, it is precisely this kind of "regulatory capture" that has undermined the integrity of our environmental laws and the recovery of whales and other depleted marine species. 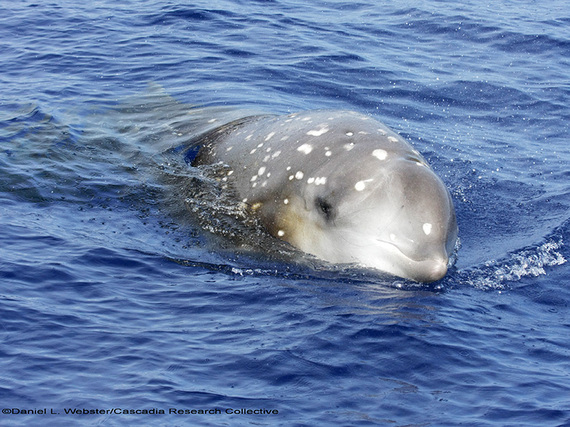 This needs to change. Last June, at the urging of NRDC and others, the National Oceanographic and Atmospheric Administration - the parent agency of the Fisheries Service - released for public comment an "Ocean Noise Strategy" intended to expand and strengthen federal management of man-made noise sources in the oceans, including military sonar. An important step, the efficacy of this plan will depend on implementation and funding, neither of which has thus far been addressed by the agency.

But it will also depend on whether, in permitting significant noise-generating activities of the Navy and others, the Fisheries Service is prepared to step up to its regulatory responsibility under the Marine Mammal Protection Act - not as a "captured" member of the permit applicant's team but as a strong and honest enforcer of federal protections. Serial litigation over decades - however successful it may be in targeting the agency's failures on an individual permit - is ultimately an imperfect and unsustainable approach to protecting the long-term health of our oceans.

Unfortunately, although we depend on the Fisheries Service to get it right, its latest authorization to the Navy just this week, in the wake of the latest rebuke by the federal courts, is a telling indication that it won't.