If someone told me I wouldn't find my happiest relationship until after 50, I'd have never believed them.

During my late 40s, I was on every dating site available. Hundreds of blind dates later -- including meeting four produced screenwriters and three un-produced (there's a big differential between produced -- rare -- and un-produced -- every waiter and their dentist) along with three architects, two chefs, and one psychic -- I met a man whose voice soothed me.

A month before my 53rd birthday, I halfheartedly went on one more date, pretty sure it was going to be another worthless evening. But surprisingly, after great conversation on our first dinner date -- the kind where we're feeling exhilarated, brimming with intense banter, and losing track of time until the moment of breaking our gaze and realizing the waiters are sweeping and putting chairs on tables, and we're the last two left -- came our next date, two days later. 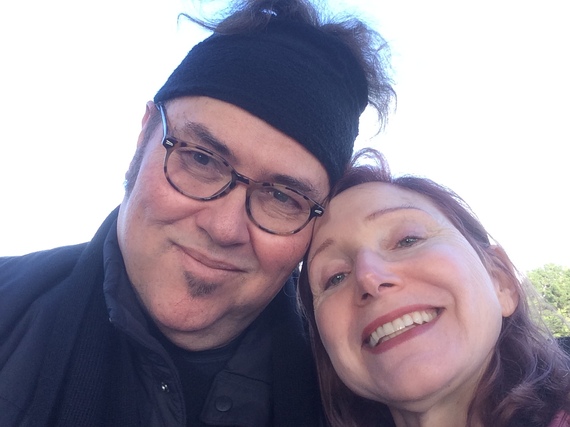 Over cocktails, we confessed things that brought us even closer together: We each did not like what the other wore on our first date. For me, he wore too much black, with white sneakers. For him, I was dressed too colorfully, in a burnt orange jacket over a brightly printed dress. But it was what he said next that stayed with me.

"You're too pretty -- you don't need black eye makeup," Terry, then 56, mused. "I just broke up with a woman very different than you. Her idea of a night out was going to dungeons."

"Did you like that?" My spidey senses anticipated a landmine.

"It's unique once, then it's like performance art that's a little too close."

"You do?" He leaned in, intrigued.

"I dated someone who also liked dungeons," I said. "But the guy told me, before I take you there, you need to meet some of my sexual community. If they like you, then I'll take you."

"How did you like the dungeon?" Terry asked with a smile.

"I told that guy I didn't really feel my sex life needs a community and that I prefer a one-on-one intimacy. Basically, game over. We didn't go to the dungeon together, or anywhere else."

Terry took my hand over the table and kissed it.

It turned out that we were a great match in other ways. He's had a long career as a music editor, catering to rock musicians and film composers, and is now a composer in his own right. He excels at helping creative people flourish. When I turned my memoir into a one-woman show called The 56 Minute Relationship, billed as "A wonderfully horrible tale of love, marriage, betrayal and how to get an estimate on a reasonably priced mob hit," it had a flyer featuring my wedding photo with my ex-husband's head cut out. 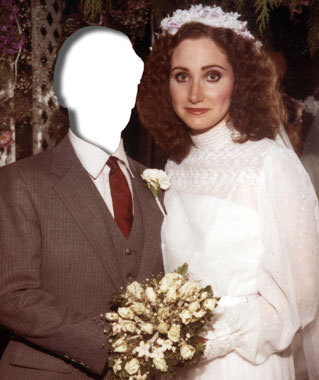 Terry organized a crew of sound, lighting, and camera people to film and edit the show. Instead of flowers or jewelry, this was his love letter to me.

Before and after the filming of the show, the dirty laundry of my former marriage -- the lies, deceits and addictive behavior of my life with my ex-husband -- was laid bare for Terry to view, on the page, on the stage, and in the editing room. But I still had healing to do. Simple courtesies, like him excusing himself to make a phone call, reminded me of my ex's phone sex secrecy. I had been through a lot, and I still had trust issues.

"Where are you going with your phone?" I asked suspiciously.
"I'm calling my mother."
"Really?"
"Yes, really. Would you rather I sit in here and you can talk to her?"

Terry genuinely cared about me. And he was patient, willing to work through my fears and doubts, to get us to a more hopeful place, something that I'd never had with a partner.

"If something is bothering you, don't walk away," he mentors me. "Sit with me and we'll talk about it." 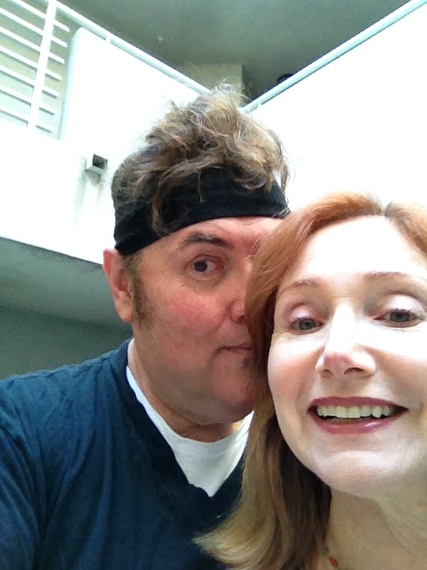 Who knew this is what a healthy relationship looks like? We've now been together six-and-a-half years. I'm turning 60 this year. He says he has some surprises up his sleeve.

For a humorous peek at more amorous adventures after 50, check out The Last Place She'd Look or visit arleneschindler.com, and follow Arlene on Facebook.

Arlene Schindler is an author and speaker with expertise in relationships and dating, sharing humorous tales of women’s secrets and desires.