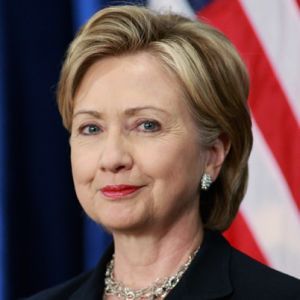 Over the past five years, US has been my home and it is only but natural that I have come to like it.

Henry James had once said that America is not a country. America is like a world. There is so much truth to this statement. It is not that US is the most powerful country which the world respects, emulates and at times even fear. It is because, it is like a world scaled down to fit in the geographical and political confines of a county. A single country ( i.e. USA) displays the same diversity as of the entire globe and yet despite issues and problems it has so far done a good job in handling that diversity.

Whereas ethnic and religious tensions have resulted in bloodshed in the world, in USA these differences some or the other contribute towards its richness and strength. There is a unity in diversity as far as USA is concerned. Even multiculturalism, which is waning all over the globe, somehow or the other, survives in USA, at least till now.

As an international student, living in USA has been a big eye opener and an experience which I would never forget. I learnt about freedom of speech and yet also found out that it comes with a responsibility. I learnt about the virtue of self-introspection and in the process realized as to what ails my own country. Above all, I learnt that tolerance is perhaps the greatest virtue. It is these qualities which make USA a great country.

Today what is at at stake are the very same attributes which underpin USA's claim to be a great country for those who are living here. I hope it makes a choice as this election is truly an unusually important election, with the. potential to actually change trajectories.

There is always that danger that democracy can be hijacked by populists and when that happens, the gradual process of its transformation towards tyranny of the majority starts. It can creep up and catch any society, no matter how advanced, completely unaware. It is for that matter, that at critical point is, we make a right decision.

The enormity of the decision, in the case of USA, is magnified by the fact, that it is also a global super power. The global political players change their expectations, strategies and maneuvers, according to who is in charge in USA.

USA over the years has marketed democracy as the best political template. It has had the moral ground mainly because of the way democracy has worked well here. It has checks and balances, and so far has successfully resisted populism. USA will lose that high moral ground, if it messes this time, by electing Trump, a candidate which is populist. sexist, and authoritarian.

Good luck Hillary Clinton!!! I will wait with bated breath the outcome of this election. I do not recall being this nervous before any election! Go and make history!