I had a humble childhood in a small Northern California gold rush town where not much went on. Though we at times went on short family road trips, some are surprised to hear (given that I now work in travel) that I didn't grow up traveling very much, if at all.

The one exception to this tendency to stay home was our annual family trip to Hawaii. Even though we weren't technically leaving the United States, Hawaii always felt like another world to me as a child. From its rocky lava landscapes and hidden beaches, to the tropical gardens and colorful underwater world and beautiful Polynesian culture, to this day, the islands of Hawaii never fail to captivate me, no matter how often I visit. I've traveled to more than 40 countries, but our 50th state is still one of my favorite places in all the world.

You can imagine my surprise when, while travel planning almost a year ago, it hit me: I had been to every major Hawaiian island several times, but never Kauai. Why was this?

I asked around about it to friends who had been, some of whom claimed Kauai was the best island of all.

"It's unlike any other island. A completely different feel there. You'll see."

"The best word to describe Kauai is: magic. It has an intangible quality and raw natural beauty that you must experience." 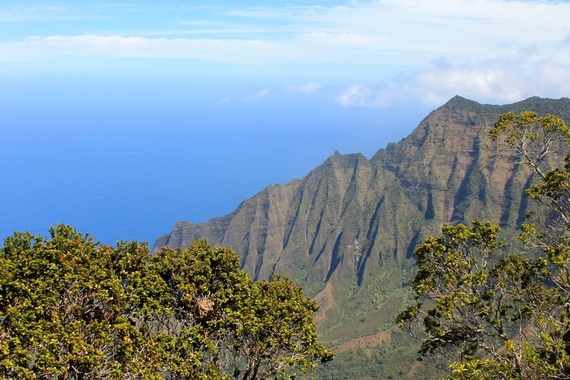 Images by Anne Lowrey of PartTimeTraveler.com

Naturally I booked a flight, and set off to discover the magic of Kauai for myself. In my time there I met with locals, I talked with other writers and photographers, and I explored aimlessly. The whole island did in fact feel almost mystical; even more so in the presence of some grand piece of nature, or when I encountered a pocket of the island that I had all to myself.

Here are some of the places on Kauai that made me believe in the island's magic...

The island is divided into four major parts: north, south, east, west. Each has its own bits of natural beauty, and often the weather in one will be different from another. While each has its merits, I fell in love with Hanalei -- the main town in the north. From waffles topped with tropical fruit and coconut syrup, to back door sushi markets and taco stands, I found myself fueling up in Hanalei before (or after) a day spent in the wild.

Hanalei is the closest town to the Kalalau Trail head, one of the most beautiful (and dangerous) hikes in the United States, and perhaps the world. At 11 miles round-trip, the full hike must be made with overnight equipment and the proper permits. I settled instead for the first four miles round-trip, a hike through mud and across waterfalls and streams -- but during which I caught myself quite literally gasping at the views around each corner. 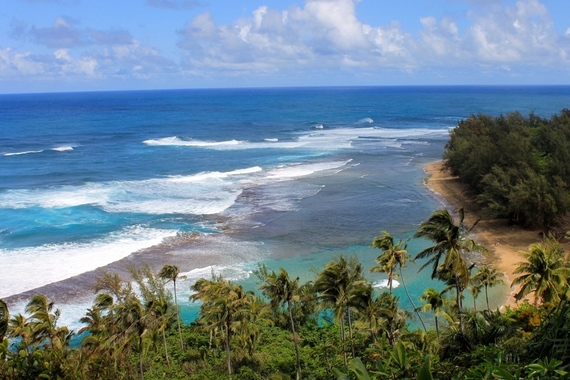 Close to the start of the Kalalau Trail, Ke'e Beach is equally special (though much more relaxing.) I took my camera through a trail and over a bed of rocks in search of the best spot to photograph the sunset. Small waterfalls lead down the coastal cliffs to meet the sea, waves take shapes unlike those you've even seen, and watching the glow of golden light that emerges as the sun begins to set is a remarkable experience. 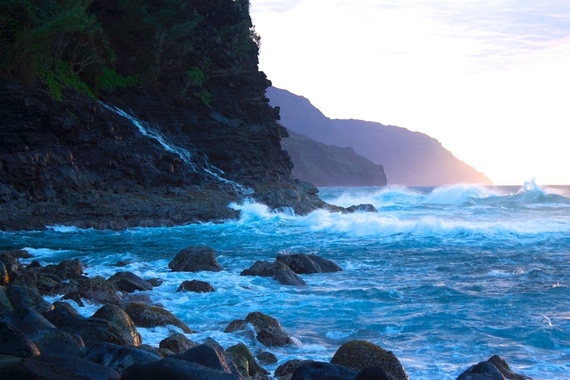 On the road to both, just off the main highway past Hanalei, one can find magnificent caves. The best one I encountered is called Waikanaloa Wet Caves. Light and colors reflect on the rock walls, off the silent pool of still water. Because it's a bit of a downhill hike to get to them, chances are you'll have the caves to yourself -- making them all the more mystical in nature. 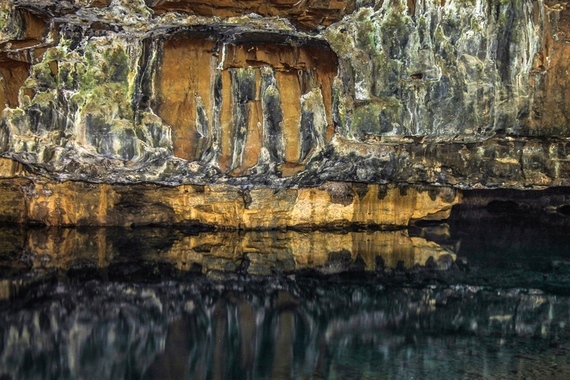 Though never directly accessible from any major road, there are a few sections of coastline that you'll want to make the trek to. (Besides, any amount of effort you have to exert is what keeps the crowds away.) One such spot is known as Queen's Bath. You'll arrive to the rocky shoreline amidst a bunch of wooden signs, warning of the tide's strength and commemorating those who have lost their lives here. A short walk down the way you'll come to what appears to be a natural swimming pool, a cove protected from the wide open ocean. When it's calm, it's hard to imagine a more beautiful place to take a dip. Conditions can change quickly, so swim at your own risk -- or stay out of the water and simply take in the view. 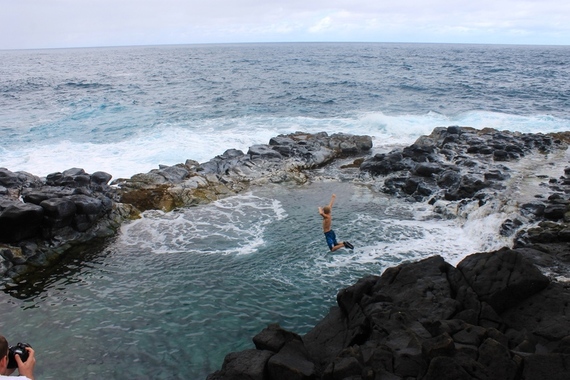 Just down the coast lies what may be the best beach in Kauai. With a name like 'Secret Beach', it's hard to imagine that it's much of a secret any longer. Yet the unmarked, dirt path and fifteen minute walk keep this stretch of sand, for the most part, still hidden. There aren't facilities of any kind, so you may truly have the place to yourself. 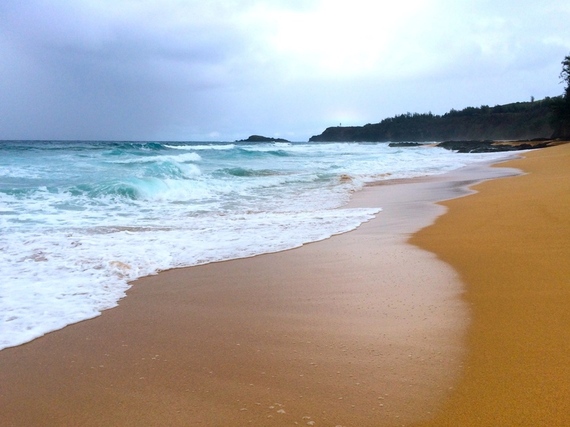 Journeying just a bit farther down, you'll find Rock Quarry Beach -- unique in its rock formations and coastal landscape. Watching the water crash and depart from the pools and pockets of the shore here is almost meditative. I particularly loved the light during sunrise here. 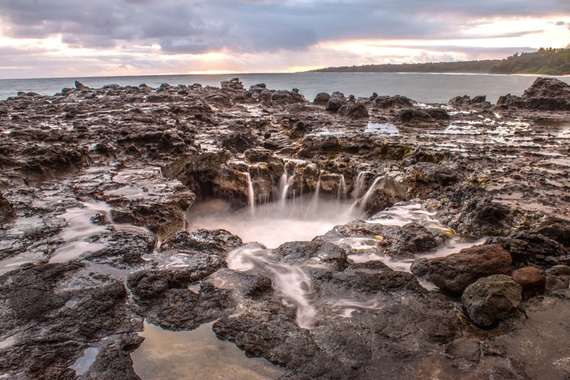 Kauai has seemingly endless moments that have the uncanny ability to drop your jaw in complete awe. Nothing does this better than the famous Na Pali Coast. Accessible only by boat, helicopter, or rigorous hiking, one can still get a sense of the enormous, craggy coast from the lookouts in Kokee State Park. The Kalalau Lookout comes first, and the even better Pu'u O Kila marks the end of the road (there is no road connecting the entire island.) From here you can take the magnificent Pihea Trail through beautiful tropical vegetation for even more views. 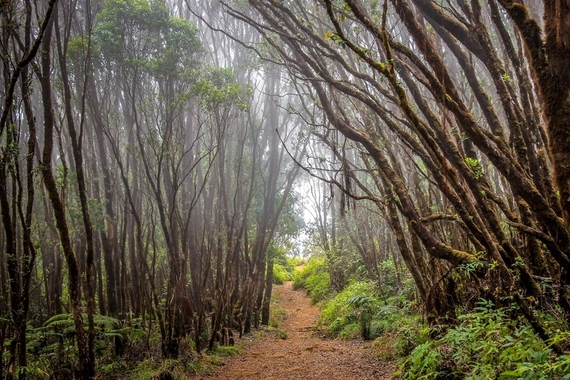 The Kilauea Lighthouse was a more surprising dramatic vista. It is encircled by native birds and sits in a natural wildlife refuge. Perched scenically on the edge of a peninsula, it is a particularly awe-inspiring spot to stand. 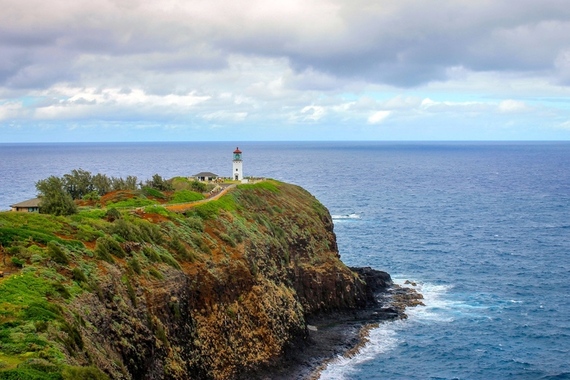 Last, but certainly not least, I wouldn't miss the "Grand Canyon of the Pacific," Waimea Canyon. (Unless of course you do miss it, because it has been hidden by fog.) Mornings are the best bet for crisp air and a sweeping, carved landscape that will have you pondering paradise. 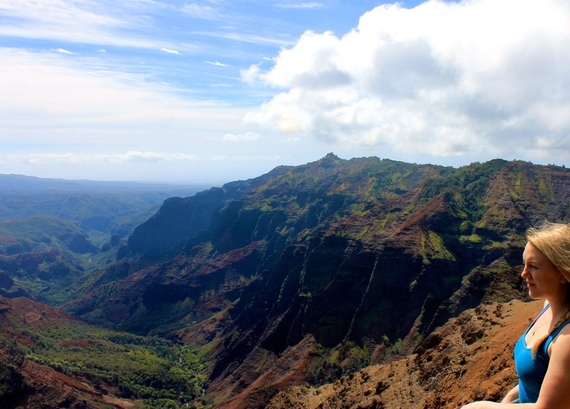 It is hard to believe that in today's ever-increasingly busy world, there are still places we can sit still and simply absorb the raw, natural beauty of our earth. Being so taken with a place that you forget your phone, your problems, yourself -- that to me is perhaps the most magical of all.

This post, which previously appeared on the Findery Blog, was written by Anne Lowrey of PartTimeTraveler.com on behalf of Findery. Follow more of her travel adventures on Findery.