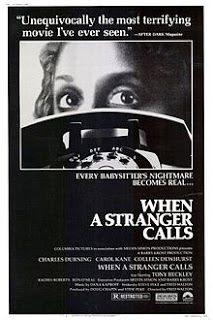 What to do about those unanswered texts and e mails? It used to be phone calls, but voice communication is going the way of cursive writing. The problem is as old as mankind and even the inhabitants of Lascaux must have had to deal with fellow cave dwellers who avoided people they didn't want to deal with, though the murderous impulses such defensive behavior can elicit might have been less repressed. But how does civilized man who exists in a state of presnubual bliss deal with such insults to his or her integrity. First let it be said that there are some exemplary people who always answer messages--even the most annoying ones from those people they least want to hear from. Everyone is waiting for something and it's almost axiomatic that, apart from family and friends, the person you're hearing from is most often the one who occupies the lowest rung on your food chain with the corollary being that the person you want to hear from the most, is the one whose email is most unlikely to appear in your incoming mail. But what motivates those who are less likely to return your emails or texts? Some people just don't like to say no. Though it's nice to think that the reason they don't want to say no is because they're wavering, the truth is they simply don't like being the one to convey bad news. People who play hatchet men or women may feel in danger of retribution, but the reason may simply lie in fact that it's unpleasant. They themselves take "no" as an indictment of their character. So they're loathe to being put in the position of having to convey negative responses to others. The other reason why people don't return messages is that they're sadists who enjoy the feeling of power. If you're someone who doesn't get back to others you know that you're a smarmy little rodent with no balls or any other comparable gonad. You enjoy seeing people squirm since you have no other way of getting your jollies. If it truly makes you feel good to show people how little value they have to you, then congratulations, but realize that some future Dante will reserve a circle of hell for you in his or her Inferno. On a less vindictive note, you might say to yourself, as you are brewing, that everyone including you has problems and pray for those who haven't gotten back to you.