Everyone is looking to be loved. Anna was no exception. While still in her late teens, she met and fell in love with an older man who gave her what she craved. "Could he be the one to love and accept me for who I am?" she wondered. This longing for love made her vulnerable to her "boyfriend," who had different plans for their "relationship." Over the ensuing months, she would be subtly manipulated into becoming part of his special "art project." Unknowingly, she was trafficked into the world of pornography.

January, as we know, is National Slavery and Human Trafficking Prevention month. Human trafficking occurs when those most vulnerable are exploited for commercial gain. According to Walk Free, as many as 36 million people are modern-day slaves. With cases reported in all 50 states in the U.S., it is apparent that anyone can be affected by this evil; whether they be the man being forced to work against his will in a brick mill in India or the 17-year-old girl in the back pew of a neighborhood church being trafficked for sex by her boyfriend. 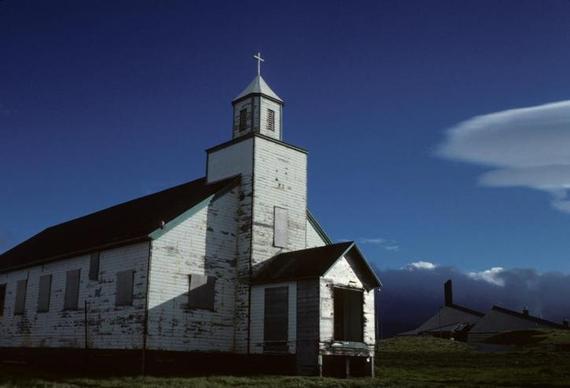 As Anna shared her story with me, I couldn't shake a nagging question. "How did the local church serve you during your exploitation?" Hearing my question, she laughed out loud. "For years," she replied, "I went to church regularly. No one noticed anything. Everyone thought I was happy, so nothing wrong could be going on."

Anna's story is not uncommon. Amanda Eckhardt, director of programs at Restore NYC, who works with about 200 sex trafficking survivors a year, says that many of their clients have been allowed by their traffickers to attend church services. Many even attend faith communities regularly. Others in the anti-trafficking movement confirm what Eckhardt has observed, saying that the local church is one of the few places where trafficking victims can be away from their exploiters.

Since the church has been called to care for "the least of these," this should be good news. This phrase comes from what has become known as the Parable of the Sheep and Goats (Matt. 25:31-46), where Jesus sits as Judge at the final judgment saying to those on his right, the sheep: "Come, you who are blessed by my Father, inherit the kingdom prepared for you from the foundation of the world" (Matthew 25:34)."As you did it to one of the least of these my brothers, you did it to me," he explains (Matthew 25:40). Those on his left, the goats, however, are cursed and condemned because these works of mercy and compassion didn't accompany true faith.

Though this text is often used as an imperative for the local church to care for all vulnerable people, there are many who disagree. The "least of these, my brothers" in Matt. 25:40, they explain, refers specifically to vulnerable and exploited Christians and not to EVERYONE. If this is true, then why aren't we telling, and hearing, more stories like Anna's?

If we're honest with ourselves, it's because we're not looking for the vulnerable -- not even in our midst. How can the local church be the hands and feet of Jesus Christ if we aren't being his eyes and ears, too? How can we love someone if we don't even know they exist?

Here are five places to start:

Take another look at the Gospel. With Christ, we see the King of Glory coming to a broken world and becoming vulnerable--to the point of death--to save the vulnerable. When we had nothing to offer, he lived, died, and rose in the place of those who defied Him. As we rest in this truth, we will find ourselves motivated to love others without any guarantee of reciprocity.

Pray. The Gospel leads us to pray for others especially those in dire need. As we begin to pray for the vulnerable in the community, our eyes will begin to open. As we repent of not actively caring, we will be given opportunities to care. As we pray for the traffickers, the trafficked, and those who purchase sex, we will be moved to action. Our God is a God of justice, and he loves the "least of these" more than we ever could.

Respond. A great way to respond is by putting the National Human Trafficking Hotline number in our phones: 1-888-373-7888. When you call the hotline, you will be greeted by someone who desires to help you care for those who may be being exploited. They will take the information that you give and pass it along to the proper authorities in your community.

Get to know other church members. Fighting human trafficking can begin with an act as simple as listening to someone's story. As we get to know one another and build deeper relationships within the church, we are better positioned to recognize and respond with our hearts and eyes wide open.

Anna found help from Christians whose eyes were open. It was through her time at Mercy Ministries, a Christian residential program working with young women, that she realized her identity did not rest in her exploitation but in Christ, who was for her. In addition to her work with policy and law, Anna is currently a designer whose burgeoning fashion line is aptly called "Freedom is the New Beautiful."

As she shares her story now, she doesn't refer to herself as a survivor of human trafficking so much as an overcomer. Anna, who was vulnerable and looking for love, found the love she desired in the person of Jesus Christ. As those who share in this love, let us notice those who are vulnerable--even if they are sitting in the back row of our own congregations and appear as if nothing's wrong.