Fourth of July weekend has now come and gone, which means the kids have officially been away at camp for a over week.

You should know this even if you don't send your own kids off to sleepaway for the summer, because over on Facebook, the entire process of getting ready for the big send off was meticulously documented by every single person you've ever met in a series of obligatory posts that are giving those tragic "Say Amen" shots a serious run for their money.

You know, the ones with those artfully arranged to look not artfully arranged piles of crap spread out on a table or guest room bed that included at least three of the following items: a black Sharpie, an XXL Ziploc bag, a sheet of custom Label Daddys, a marked up packing list, a stuffed emoji pillow, and an airbrushed plastic clipboard with the camp zip code on full display.

Bonus points for a full wine glass hovering somewhere nearby. Because if you waited to pack until the day before pickup instead of starting way back in March like all those other parents who brought their A game and therefore clearly love their kids more than you do, you're gonna need it.

A day or two later, like clockwork, came The Finished Duffel Pics.

These were the congratulatory shots taken inside the house or out on the front porch that featured the finally-packed duffels in all their zipped up and bulging glory. There may or may not have also been a kid or two sprawled across the top of those bad boys flashing the victory sign, along with a caption that proudly announced something like "Done and done!" or "Locked and loaded, baby!"

Because packing is hard and #TheStrugglesIsReal, and we should totally get some kind of award for figuring out how to do it.

Preferably on a big stage somewhere in front of everyone we know.

Next up: The Last Supper Pics.

Because food = love. And how can you expect your kid to survive the next seven weeks if you don't take them to Morton's or Max Brenner's first and show them how much you're Gonna miss them!!!!!!!!!

And then finally, after a long, anxiety-filled night that involves the whole family sleeping in one bed with no one actually sleeping at all, come The Camp Bus Stop Pics.

Now, there are three acceptable variations here so pay attention. There's the Final Whole Fam pic, complete with tiny, fluffy dog. The Reunited With All the Kids Who Happen to Leave From the Same Bus Stop pic, which seems like a great idea at the time but will totally get deleted later. And then last but not least, there's the Walking Up the Bus Steps pic, which needs no explanation because duh.

A good step pic is hard to get though, mostly because there's always that one mom who's cockblocking everyone else while trying to slip onto the bus. So if you do somehow manage to score one of these suckers, you should totally consider yourself superior to everyone else in the immediate area.

Neglect to write "And they're off!" in the caption, however, and it's all over.

But the posting is not. Because after the final bus disappears from sight there will still be pictures of Bloody Marys to share, followed a few hours later by posts featuring the same exact kids that just climbed up onto the buses, then making their excited descent on the other side.

Because all the camps posts pictures too, as if you didn't know.

"They made it!!! these posts will scream.

Apparently we were all worried that our kids would end up in Uruguay or something..?

Look, I'm not gonna lie. I may or may not have posted every single one of these things at one time or another.

By which I mean I have posted them all.

But there is nothing quite like the excitement and nervousness of sending your kid off to camp for seven weeks. And I may be six summers in now, but I still get a little sad when June rolls around each year and it's time for my kids to leave, and there is just something about the predictably of these posts that I find sort of comforting.

This summer however, there's a new dark horse in the picture-posting race. It's called The Money Shot. Maybe you've seen it?

It's basically a shot of brothers and sisters together up at camp. And it's a Very Big Deal. Because despite great odds and near-insurmountable obstacles, your kids have just somehow managed to traverse tricky territory in order to find each other, track down the camp photog and pose for a picture.

But before you do, let's talk about that name for a minute. Because I'm gonna go ahead and guess that most of the parents writing "OMG Money Shot!!!!!" to caption an adorable pic of their kids probably have no idea what the origin of the phrase actually is.

I know I didn't until my husband was kind enough to enlighten me. I literally thought it had something to do with sports.

So I'll just wait right here for a minute while you guys all go google it.

And then I'll wait for another minute or two while you all go back and change your captions.

I know. Total plot twist. And you're so pissed that I told you. But like Bethenny Frankel herself would say, if you can't handle the truth, you can't handle me, so it's time to take that chicken off the grill and move on.

I don't know really what she means by that either, but just go with it, K?

Because here's the thing--while I love to see a picture of my kids together as much as the next mom glued to her computer screen all summer, that is not the reason I send my kids off to camp.

I send them to camp so I can see images like this one: 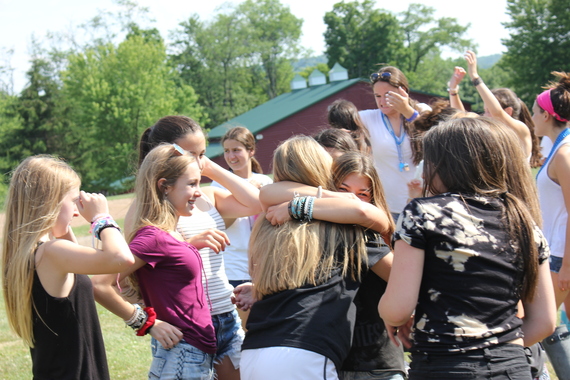 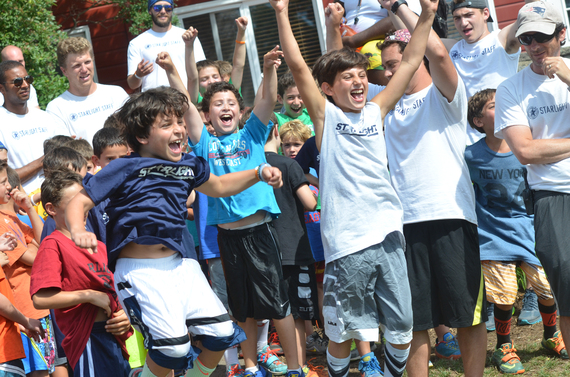 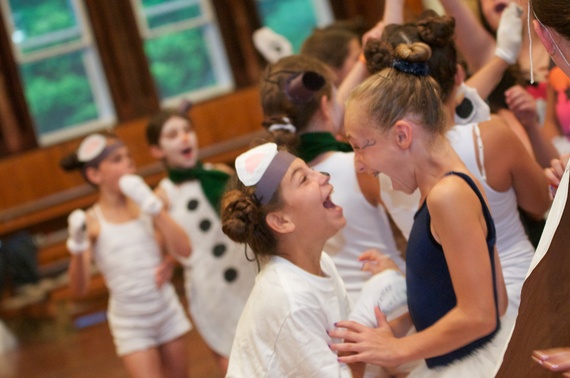 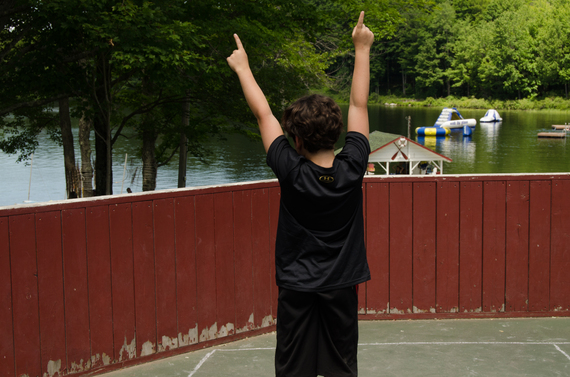 These are the moments. The moments our kids wait all year for. The ones where they are living and learning, succeeding and failing--both spectacularly and on their own.

The ones where they are celebrating amazing victories and suffering crushing defeats. Where they are trying new things and figuring out who they are and slowly beginning to discover what it truly means to be independent.

These moments are real and they are raw and they are totally impromptu--and their unrehearsed honesty is part of what makes them so beautiful. You just can't put a price tag on that kind of magic, you know?

Well actually you can and it's upwards of $10,000 per summer, per kid. But still. I will take a candid shot that perfectly captures the pure, uninhibited joy of being back at camp over a posed pic of my kids with their arms thrown around each other any day of the week.

I know what you're thinking. She's just bitter because she hasn't gotten her Money Shot yet.

And yes I'm still calling it that until someone comes up with a better name so feel free to leave your ideas in the comments.

But the truth is that my kids' picture game is strong this year and I have gotten my shot--two of them, in fact.

You're gonna need some proof, right? 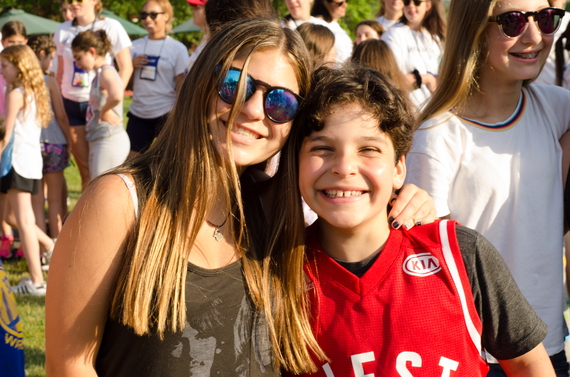 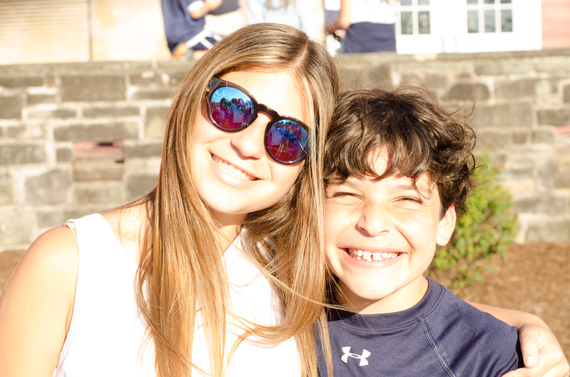 I know. They're cute AF, right?

And if you're now thinking I just wrote this entire piece so I could low-key post these bad boys without making myself sound like a total freaking hypocrite...

Well, then, you all know me a lot better than I thought you did.

Hollee Actman Becker writes for sites like Parents, Romper, Fit Pregnancy and Scary Mommy, and on her blog suburbabble. Check out more of her work on her website: holleeactmanbecker.com.