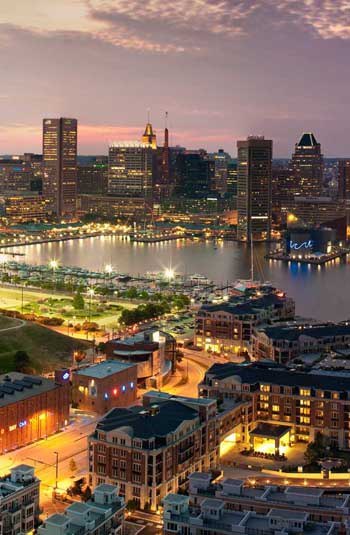 Baltimore can either preserve and build on its past or make a break with it to succeed in the future. These two competing visions for this shrinking Mid-Atlantic city of 622,000 were presented to hundreds at the Lovely Lane Church, the "mother church" of Methodism, in Baltimore, during an intellectual boxing match between contemporary architect Thom Mayne and New Urbanist planner Elizabeth Plater-Zyberk, who toured the city at the invitation of Kelly Cross, head of the Old Goucher Neighborhood Association. Their visions for Baltimore contrast, but the answer to its many economic and social woes may be a little bit of both.

Plater-Zyberk said Baltimore is a "unique, beautiful city with tremendous history. It has many beautiful parts but has been abused in recent decades; it has lost its glorious beginnings." Despite this loss, though, the city's bones are still solid. "Economically, it can have a terrific future because it's in the right location, with the great positioning of its port and its natural waterfront context."

Baltimore should capitalize more on that great waterfront. "The city needs to take better advantage of it by restoring its environment and improving public access. The boardwalk goes, what, 20 feet inland? There could be so much more if the city unearthed hidden waterfront streams and restored wetlands." 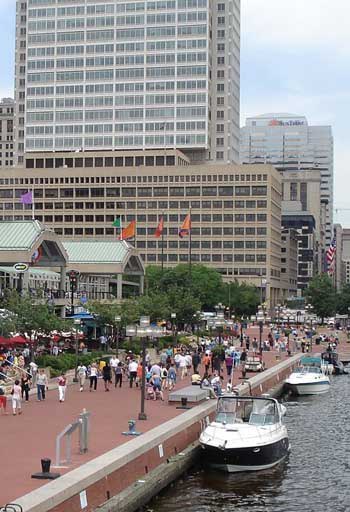 Baltimore's other great asset beyond the port and waterfront is its grid, which covers more than 50 percent of its built environment. "Connectivity is a valuable resource and needs to be maintained at all costs and brought back in where it was removed." Using the grid, neighborhood stores can be put back in. "Kids can play stick ball in the streets again." Neighborhood walkability is the root of all local development. 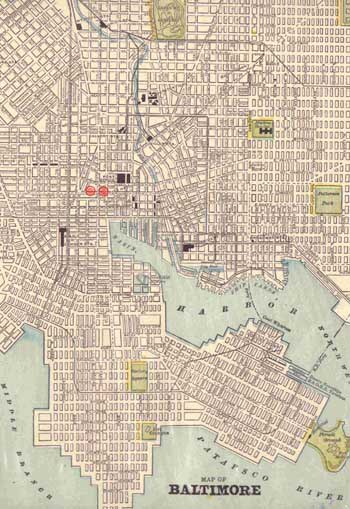 Another asset is its historic built environment. "Baltimore is the city of beautiful historic buildings and monuments and you encounter them everywhere as you walk. Baltimore must maintain its historic character, this universality in the built environment. There is no need to mix it up everywhere with contemporary architecture. There can be areas for innovation. The old will shrink inevitably, so we need to protect that." 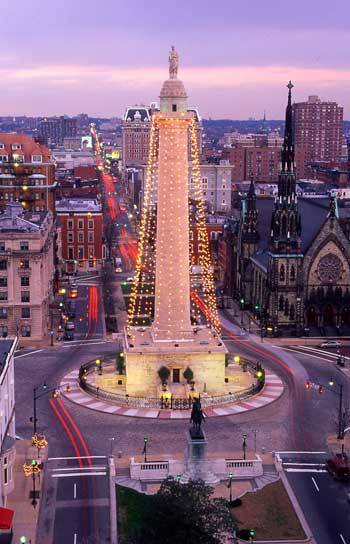 Plater-Zyberk then mentioned Mayor Joseph Riley, Jr. who used preservation as an economic strategy to turn Charleston, South Carolina, into one of the county's major tourist destinations. Baltimore can chose this future, too, but it "needs to stop muddling along like it has been for decades."

"Baltimore has an abundance of history. The city should take care of some of it, but there are an overabundance of issues. The question is how to make Baltimore sustainable, given its social, environmental, and political context. Cities are a product of civic, cultural, and political forces," and they are rapidly globalizing. Cities like Shanghai, New York City, and Sao Paulo show the "vast connectivity of cities and the need for infrastructure that can connect to the broader context."

Countering Plater-Zyberk, Mayne argued that "the precinct, district, township, or neighborhood -- the idea of this -- is dead. Kids no longer play stick ball in the streets." To succeed, small cities like Baltimore must have "radical heterogeneity or pluralism. Everything everywhere is now a must."

As for the call for historic preservation at all costs, he questioned whether older is always best. "There is no common idea of beauty. Bringing together new and old like London does is the model." 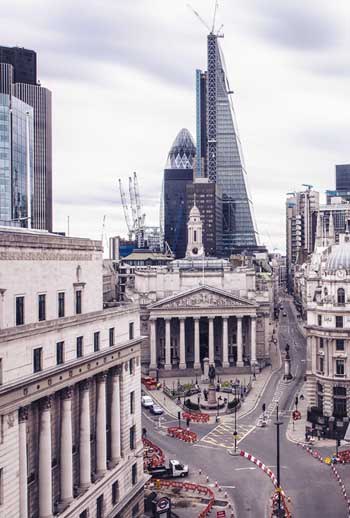 "Visiting Baltimore is like going back to another time. The 21st century isn't here and needs to be. Baltimore needs a Tesla," referring to the high-tech, electric vehicle built in California. Baltimore needs to be the place where new, sustainable technologies are created so the city can attract new jobs and find a path forward in a globalized, inter-connected world.

From there, the debate continued. Here are some choice moments in the back-and-forth:

Plater-Zyberk: "Not all cities are going to be Shanghai. The town, village still successfully exists. They are not just places to visit, but people live there. Baltimore is a small city, a city of villages. Walking to the corner store can continue to be possible."

Mayne: "Baltmore needs a large-scale vision for how it fits into the global environment. People don't live in a village, they live in the globe."

Plater-Zyberk: "Baltimore needs to fill in the gaps with great buildings at the scale of what's there. Regulations can be changed to make it easier to do small things, minimally, with little money."

Mayne: "Small-scale interventions always help, but that's not the issue. Leadership is needed to solve the big problems. You need big solutions for big problems."

On Maryland's new initiative to tear down thousands of abandoned, derelict properties in Baltimore:

Mayne: "This destruction is a signal of immense sadness and a tragedy. The city has to figure out how to contract but be strategic at the same time. A city can shrink, but the infrastructure has already been put in the ground. Running a line to one house or a row of houses on a block costs the same. This infrastructure represents a huge amount of capital. There has to be an upside or it will be a continuing disaster."

And, finally, on their ultimate philosophies on cities:

Mayne: "The city is chaos and can't be understood."

Plater-Zyberk: "There is overall chaos, but we can create moments of coherence. These victories are happy places."

Ultimately, these kind of high-level, visionary discussions show the problem with leading design-thinkers helicoptering in for the day to lay out a city's future. Baltimore already has a number of promising revitalization plans underway. According to ABC News, the city has green-lighted $2 billion in commercial and residential redevelopment just over the past year and a half, including a $1 billion mixed-use development in Canton and Harbor Point. There is a comprehensive plan for revamping the out-dated Inner Harbor, the city's central tourist mecca and business center. Landscape architects with Mahan Rykiel Associates are redesigning a key plaza and street intersection and a harborfront park, among other projects. There have been some phenomenal new public schools built in the city -- Henderson-Hopkins in East Baltimore is worth highlighting -- with more to come.

But the story remains how to spread the revitalization in an equitable way in all parts of the city, particularly West Baltimore. Maryland Governor Larry Hogan has announced a $700 million effort to pull down thousands of abandoned homes and replace them with large lots, which may present redevelopment and local employment opportunities, and green spaces. And then there's the expanding University of Maryland BioLab that could spur redevelopment. The lack of jobs remains the critical issue in much of Baltimore.