In the early morning hours of June 9, 2011, Raed Saleh fled for his life. With his wife and two young children by his side, Saleh, then 30, estimates he was one of 2,200 Syrian refugees to cross into Turkey within a 72-hour period. 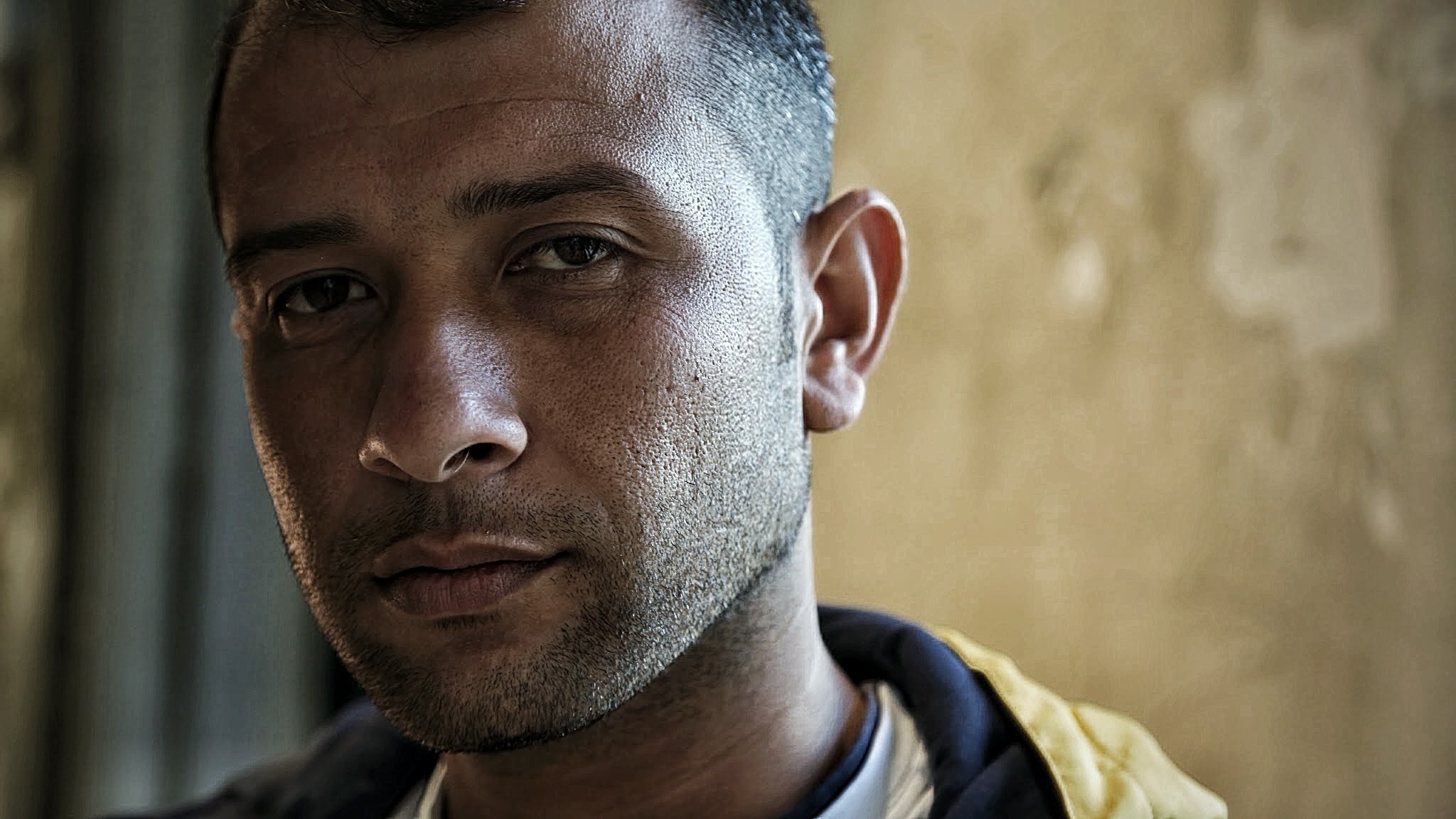 "We crossed the border at 3 a.m.," Saleh said in an interview with The Huffington Post last week. He remembers the time for a reason: It was the moment he attained relative safety for himself and his family. Crossing into Turkey meant they had successfully outrun the Syrian army's airstrikes. Saleh never imagined it would one day be his job to run back toward the bombing.

But three years after he escaped from Syria, that's exactly what this former electronics merchant is doing. Saleh left his family in Turkey and returned to Syria to become a member of the White Helmets, a group of local volunteers who carry out search-and-rescue operations amid the country's increasing violence and mounting destruction. 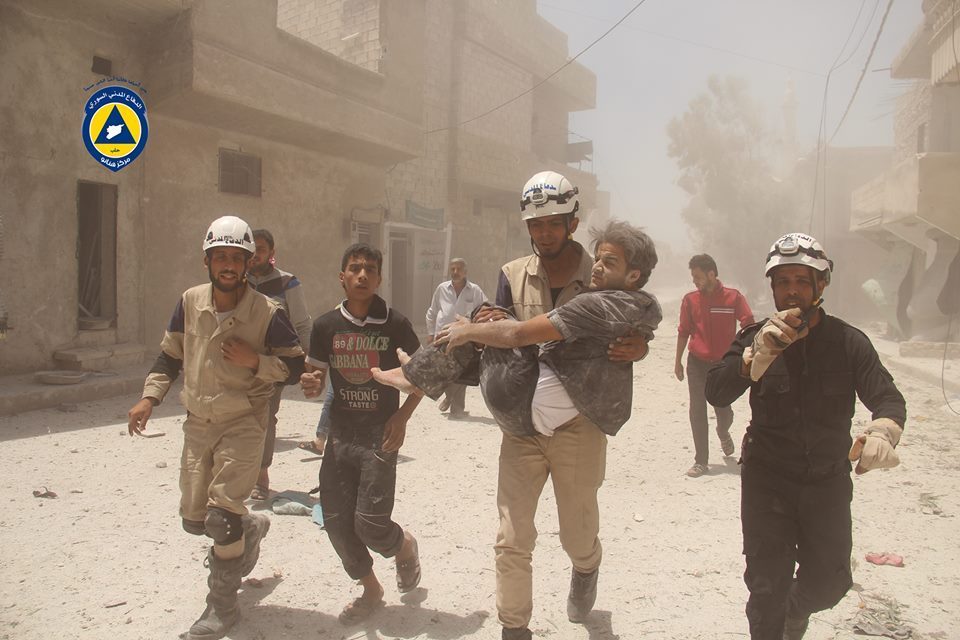 The White Helmets, also known as the Syrian Civil Defence, are apolitical, refusing to align themselves with any one group or military faction. Founding members of the White Helmets were trained by the Red Cross, and the Syria Campaign, a nonprofit registered in the U.K., helps coordinate fundraising efforts for the group.

"We work with everybody to help everybody," Saleh said. Not concerned with the allegiances of the bombers or of those bombed, their focus is saving lives -- and they routinely put their own lives on the line to do it.

"When we hear the sound of an airplane, we respond quickly. We ask civilians where the bombing took place. We ask the neighbors if they know if there is still anybody under the destruction," Saleh explained. "Sometimes we're able to rescue lives, when we have the proper equipment. And sometimes we can't."

In the three years since the start of the Syrian civil war, an estimated 191,000 lives have been lost, according to a United Nations report released in August -- although the report noted that the real number is likely higher. 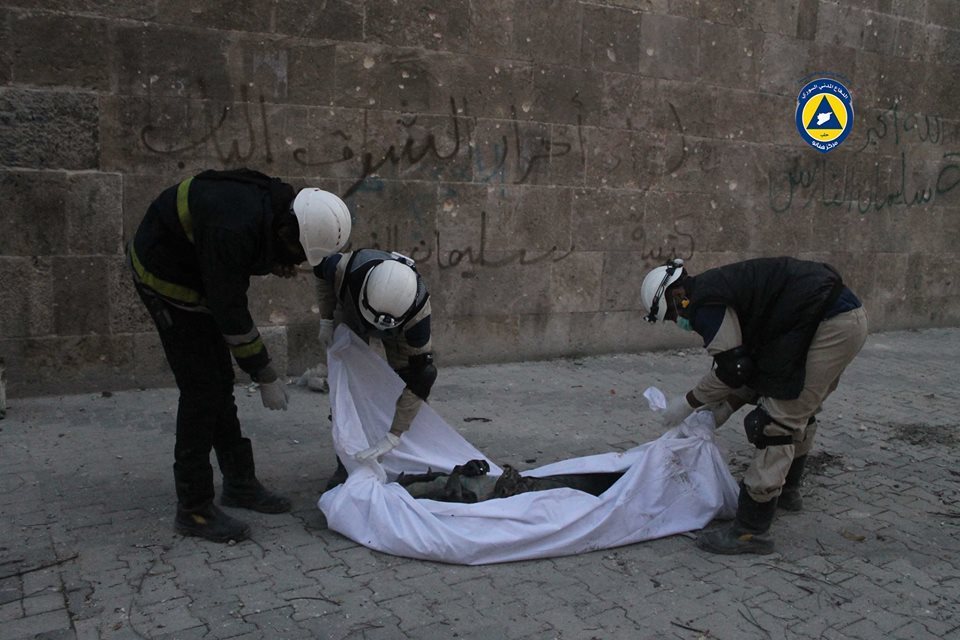 When it comes to death and dying, Saleh has seen more than his fair share. The weapons of war in Syria -- shelling, chlorine gas, barrel bombs -- are inaccurate, indiscriminate and incredibly destructive. That's precisely why Saleh believes the work of the White Helmets is so important. By going where nobody else will go, the more than 1,000 members of the group serve as a source of hope in otherwise hopeless situations.

Saleh takes immense pride in being a member of the group, but he acknowledged that the work is physically and emotionally exhausting -- not to mention dangerous. According to the group's website, more than two dozen members of the White Helmets have been killed in the past four months.

"It's difficult, our work, but we will continue our work to rescue people. We will continue our mission. But of course, we feel pain," he told HuffPost. "We deal with [...] burned bodies all day. We dream of a day that children will be able to go safely to their schools [...] so that people can live without fear, without waiting for a bomb to fall." 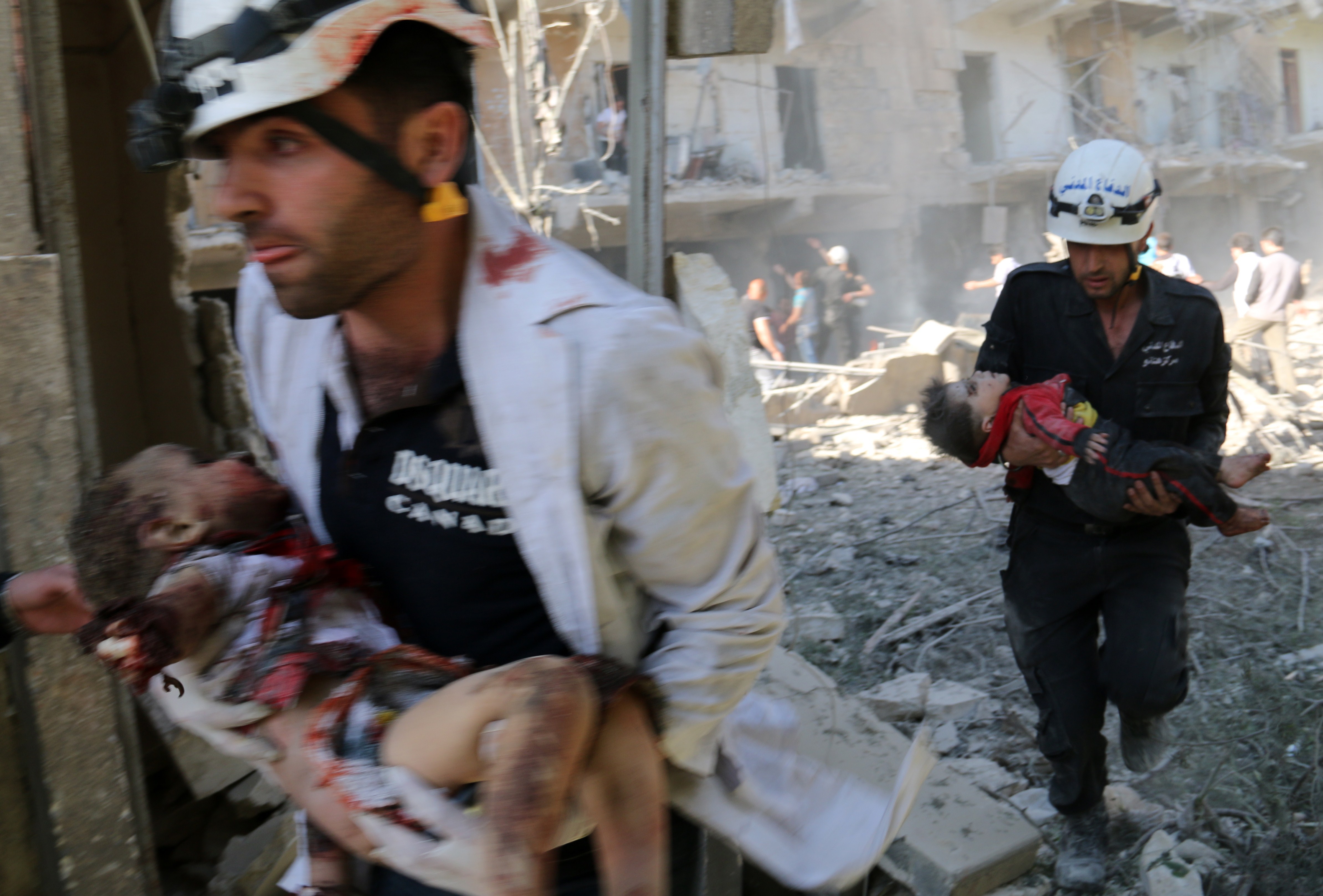 "We dream of peace," Saleh continued. "We want to continue our mission and our job even in peacetime, but then we might respond to fight fires in roads or respond to a fire in a kitchen, in a house. But we don't want to see blood anymore."

Until that day comes, Saleh insists that while others are running away from the violence, he and the White Helmets will continue running toward it.

Video produced by Emily Kassie for The Huffington Post.