I have a secret love for the elderly. They're filled with so much wisdom and they've seen so many things in their lifetime. I actually enjoy listening to their stories and hearing about their lessons learned. 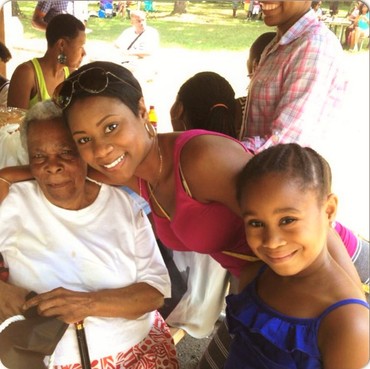 I remember this one time when I was teaching some elderly women a dance for an upcoming show they were having. They were so delightful to work with. I typically would bring my daughter with me to these rehearsals. She was about 3 or 4 at the time when I was teaching and I would usually bring toys with me to keep her occupied. This one particular day I didn't. I was already annoyed that I left the toys at home and I was running late so I couldn't turn back. I went into the rehearsal feeling irritated. As I started rehearsing with the ladies, my daughter kept going in between the dance lines and trying to dance with them. I kept giving her the "eye" (most Moms know what that is) but she wasn't catching it. Finally, I went and got her and put her on my hip while I was teaching. For some reason she was more active than normal and me being irritated did not help at all. I gave the ladies a five minute break and then I took that time to talk with her. While talking with her, one of the ladies, Ms. Mary, came up to me and said "Baby, let her be a child. She isn't a statue so she isn't going to be still. Just let her be." Well that shut me up for the evening. I think Ms. Mary sensed that I was annoyed and bothered. But her words set me straight in that moment and forever on.

How often do you correct your child when they are doing the "normal" kid stuff? Does the desire to have a well behave child supersede judgement?

First, what's normal kid stuff for you as a parent won't be the same for another parent. With that being said, most parents correct their children because they are either doing something wrong (like hitting someone, being mean, etc.) or they've picked the wrong time and place to do that normal kid stuff. Doesn't it seem as though kids have the most energy and things to say at the most awkward time? And then once that happens, we spend so much time correcting them that we end up having to leave the place where we're at or resort to staying and having a stressful time. Kids!!!!

Second, I believe that some of the correcting we do can be attributed to how we want to be perceived by others. We want others to view us as a GREAT parent. And a lot of what constitutes a great parent is looking at their offspring and judging them by that. But isn't that unrealistic?!?! God made these kids with their own DNA and their own characteristics. Now don't get me wrong, a lot of who your child will turn out to be will be heavily dependent on the environment that they're raised in and also the things that they're exposed too. But for the most part, they are their own person. So you can't allow for everyone else that is on the outside to dictate whether or not you are a good parent solely based on how your child acts in public. You need to know that you are a good parent because you've taken on the most demanding job with the lowest pay possible. That simple!!!

I met a lady about three years ago at a ballet school where my daughter was attending. She came into the lobby and she checked her daughter in. She had a little boy with her and he looked to be about two years old. Once her daughter went inside she sat down and exhaled a sigh of relief. Almost as if she had the worst day ever. The little boy wanted to come down and play with his toys. As soon as she sat him down he got up and came over to me. She quickly came and got him and apologized. I told her it wasn't a problem. He kept doing it over and over. So finally I decided to get on the floor and play with him. He was a sweetheart and he filled my baby craving fever for that moment. She said to me "He is just all over the place today, he won't sit still". Guess what I told her? Yep, the same thing Ms, Mary said to me. [Talk about paying it forward huh..] It sounded like common sense to her and she even said "you're right". 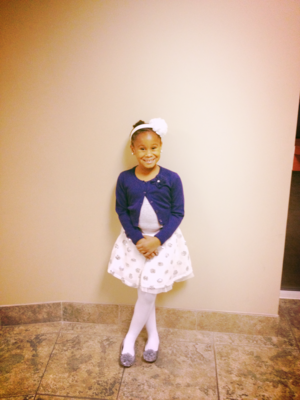 Parents want to hear that they're doing a good job, especially from other parents. Again, there is this massive push to always be perceived as this great parent but lets think about it, some of the great men and women we know were not the best kid growing up. Let children be children!!! Let's not rob them of their childhood by wanting them to be mini statutes. They are humans just like us (in case you needed a reminder).

Show me a parent that has it all figured out and I will show you a parent that is living a fairy tale. We are not perfect, we were just chosen. My mom shakes her head at me all the time because I caused her so much heartache growing up but I did turn out to be an awesome person. Not to mention, she loves the fact that I am getting a taste of my own medicine as a parent. No applause for her (haha)!!!!!!