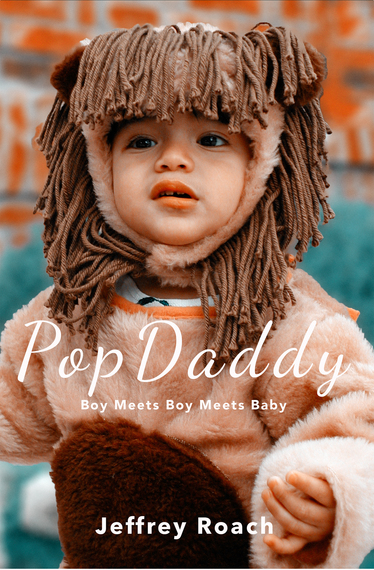 According to Jacqueline Susann, "You've got to climb Mount Everest to reach the Valley of the Dolls." Adopting our son from Guatemala in 2001 was not quite that daunting for me and my husband Ken, but it sure felt like it at the time. Sitting down to write about the experience fifteen years later for my memoir PopDaddy: Boy Meets Boy Meets Baby allowed me to appreciate all the love and support that helped us overcome each obstacle and ultimately bring our son Jackson home to Dallas.

You might think that I wrote PopDaddy as a sort of how-to guide for other gay men interested in adopting a child, or perhaps a cautionary tale for prospective parents, like Ms. Susann's for young starlets. Although those are both noble reasons, that's not why I wrote the book.

As a closeted gay teenager growing up in a small town in Kentucky in the 70s, I couldn't imagine a future where I was married to a man, let alone raising a child with him. The idea was not only absurd, it was dangerous. Boys like me didn't get to have those kinds of dreams. Boys like me would need to settle for something less. Exactly what that would be was a mystery to me. I was 18 years old before I met someone who was openly gay. I was nearly 19 before I was out to myself and my friends in college. I was 20 before I ever did anything about it.

Between the years I spent as that closeted teenager and what my friend and funnyman Bob Smith refers to as a practicing homosexual, I turned to movies, television, and books for some clue as to what my life might look like. What I found wasn't particularly encouraging, but that didn't stop me from consuming anything and everything that might have a gay character. I was 12 years old when Soap premiered on ABC. I knew that there was going to be a gay character, so I begged my mom to let me watch it. Watching Billy Crystal play Jodie was a watershed moment for me. I remember thinking to myself: I can do that. I can be the funny gay guy. Even if the fact that Jodie never got to kiss his boyfriend and was eventually seduced by a woman was less than ideal.

This desire to see myself reflected in popular culture continued throughout my teens. The results were usually not good: Steven getting stuck with Sammie Jo on Dynasty; poor Les nearly jumping out a window on WKRP in Cincinnati when the rumor circulates that he's gay; JR telling super-cute and gay Kit he still had to marry Lucy on Dallas. Here's an idea, why not hook-up Steven and Kit in a spinoff? Now that's something I would have paid to see. By the time I got to college I was convinced I was doomed.

Ultimately I escaped from the future that popular culture had concocted for me. But it still stings to think about that lonely, frightened boy who thought that he would not only have to leave his home town, but would also likely end up on his own or married to a woman he didn't love. That's why I wrote PopDaddy. It's a story for other confused gay teenagers out there, stuck in the middle of nowhere, struggling to overcome their fear and the limitations other people put on them. I hope PopDaddy helps them to see new possibilities. Every word, every sentence is a whisper of yes. Yes, you can be happy. Yes, someone will love you. Yes, the white-picket-fence dream is broad enough to include you. Yes. Yes. Yes.

Why It's Important to Tell Our Stories
The Manford-Roach Family 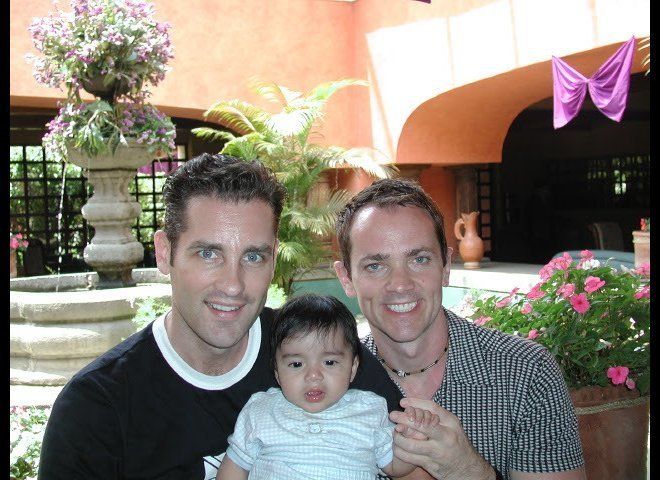