I'm in love with a platform called Medium.

It's kind of like a mash-up of Twitter and Wordpress, where you can import stories, write stories, and follow other writers you enjoyed reading. The best part is, it's taking off.

VentureBeat reported a month ago that Medium grew by 140% this year, attracting 60 million monthly visitors.

Back then I didn't know how many users there were, or whether it was worth my time, so I didn't use it.

I just decided to keep blogging while using platforms like Huffington to drive people to my posts. In the last seven months, the most traffic I ever received for my blog was 400 visitors in one day. All-in-all, I've attracted about 8,000 people to Finding Tom over a seven-month span. 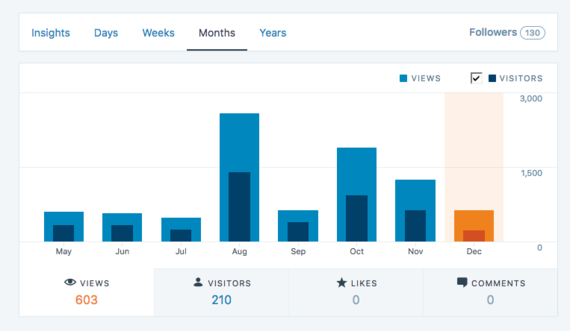 These numbers are downright embarrassing if I'll be honest. I tried the whole SEO thing, along with link-building and other efforts, but it just wasn't doing much damage.

And I get it, blogging takes a long time--however I was clearly missing something if all I could attract was about a thousand people to my blog each month. It just got me thinking that there must be another way.

My Journey From Wordpress to Medium

Medium is brilliant for so many reasons, but before I get into those reasons, I'll talk about my own journey from early-adoption to posting there every day.

I remember reading a story on Medium written by Richard Dreyfuss' son called "It's Stupid That My Actor Dad Is The One Who Has To Teach Us Not To Be Dumb." It was about his father attending a Ted Cruz rally (remember those days?), and the backlash he received because of it.

The story garnered 2,900 recommends, and what I can only estimate to be probably hundreds of thousands of views.

That popped up on my newsfeed one day and kind of shook my foundation. This isn't new for Medium, either! Many celebrities publish directly on Medium, like Mila Kunis. 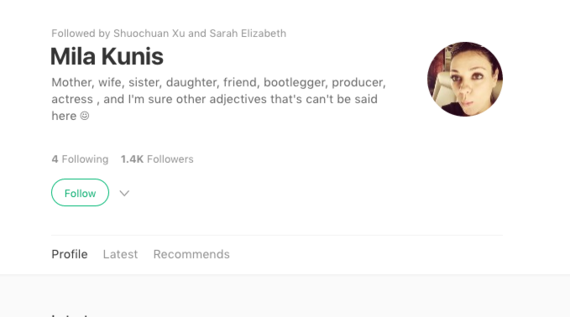 Then I got a crazy letter (Medium's version of emails) from an editor of a publication I followed. He wrote about making $1,000 in ebook sales from a simple email to his publication's followers.

It kind of woke me up to the potential of this platform.

Celebrities are here, major publications with hundreds of thousands of followers are here, and there's people making money here. What else could I ask for?

I was tired of pointing eyes from other sites to gaze upon my own. I was tired of getting 20 views on an article I spent two hours on.

Starting My Own Publication

So it was settled. In late October of this year I started my very own publication called The Post-Grad Survival Guide. My goal was to write short posts focused on encouraging and providing advice to recent grads every week day.

It wouldn't take me too long, and I'd get to empty my brain of ideas that I didn't have time to give a full 1,000 word article to.

It was a win-win for me.

My first week I attracted 3 followers.

My second week I had 11 followers.

My third week I topped off with 60 followers, and by my fourth week I had 160 followers.

Now I have over 700 of them after just two months of posting.

My best-performing post has more than 500 views, which is more than my one-day blog record over at FindingTom.com. Overall my publication has received 6,319 views--closing in on the lousy numbers that my blog has posted in almost eight months.

I'm getting more engagement, more views, and more success with Medium than I could ever dream of with my blog.

The numbers are so shocking that I decided to move my blog to Medium.

I tried with Wordpress, but there's no audience there--you have to manufacture it yourself with a ton of marketing. Basically your audience is scattered across the internet, reading other blogs and sites, and to get people to visit yours you have to get in front of them where they're currently at--like Huffington. That's just difficult to do, honestly.

But you want to know the real reason I'm leaving Wordpress? Because I can't help but feel that Medium is on my side. I occasionally take a look at the major "referrers" of my articles to find that some eyes are being sent to my article via other publications. How could this be?

Because Medium is suggesting my article at the bottom of other ones.

I also wondered how my follower base built up so quickly over such a short period of time. The answer, I believe, is because Medium suggests my publication to new users who want to know the best places to read. 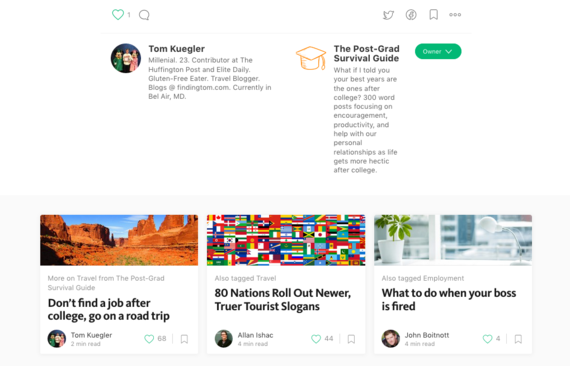 Most of my publication's followers haven't posted anything at all and don't have any followers most of the time. My conclusion? They're brand new users.

So I have Medium suggesting my articles to readers, while also suggesting my publication to new users. If this is all true, they're helping me succeed in ways that Wordpress simply isn't.