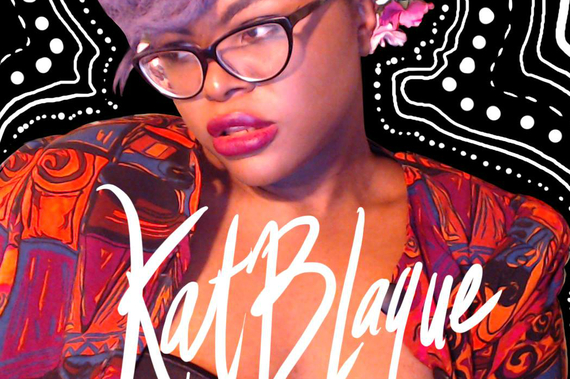 Kat Blaque was a teenager when she picked up a camera and started vlogging on YouTube in December of 2010. Thirty thousand subscribers later, she's making her mark in the online world. She's appeared on Everyday Feminism,MTV, Buzzfeed, Pride.com and most recently Upworthy, explaining the distinctions between Caitlyn Jenner and Rachel Dolezal's identities. "My channel used to be me sitting in front of a camera talking about my day. I didn't start having the approach that I have now until last year really, so yeah it's been kind of a fun little change. I feel like I've finally found my niche, and I feel really comfortable where I am," says Blaque. Drawing in thousands of viewers each week, Blaque's channel welcomes mature conversations about gender, race and how they intersect.

"I'm a woman, I'm black, I'm curvy and I'm trans. There are a lot of things that I deal with. When I talk about those things, I am literally talking about my embodiment of these intersections," she says, describing in depth what intersectionality means to her.

A lot of the conversations I have, I feel I absolutely need to. it would be really foolish for me to not bring attention to these issues. It's really important to me because I'm really tired of people saying that when I talk about race, 'It's not important'. It's so easy to dismiss it when you're not apart of the group facing the issues. My experiences in this world are colored differently, because I'm colored differently. I'm viewed under a different scope to a racist society.

All in all, she's devoted to her message. Her authenticity bleeds through all of her work, and her voice rings clear. In Blaque's eyes, it's about awareness. 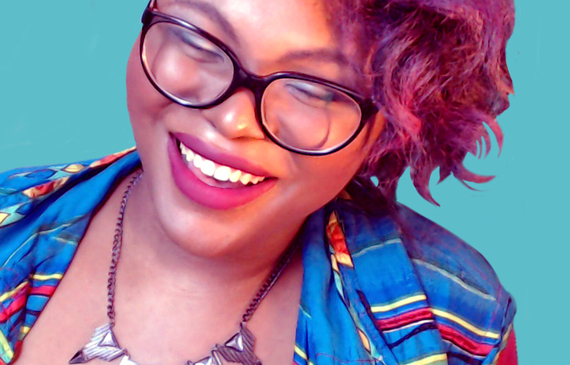 I think first of all, you have to be aware of what shit actually is. Personally, it took awhile to realize it. Once I did, there was a part of me that was upset, but part of me realized I needed to be me regardless. I kind of had this moment where It hit me: I work really hard at what I do, and it gets to me that the mediocrity of white people will still get them where they want to be. I could kill myself working on something and it won't be seen as valid. One of the things I had to tell myself was, I'm going to be great regardless.

While the media is making progress with representation, we still have a long way to go. With shows like I am Cait, Transparent and I am Jazz, visibility is at an all time high. However we must ask ourselves, is what we're shown through the lens what's really happening out there?

"Some people are so used to seeing themselves represented, and want to see themselves represented, but there's this problem where things aren't being discussed," she says. Like many in the community, Blaque expresses the lack of colour in the LGBT movement. "It just so happens, that the people who had the most power, the most money, the most pull were white men. That's why most of the community is seen as a mostly overwhelmingly cis[gender] white community," says Blaque. Cisgender, a word which describes related types of gender identity perceptions, is where individuals' experiences of their own gender agree with the sex they were assigned at birth. To put it simply, if you weren't born transgender, you were born cisgender. So what does this mean for trans people when cisgender people take trans roles? In the upcoming film Stonewall, a movie intended to display a historical event lead by trans women of color, will star zero trans women of color. Instead, we will follow a fictional lead token white character who will play the white horse. What is the white horse you ask? He is the one whose job is to cautiously lead white audiences through stories of subversive intersectionality and muted queerness. This happens not just in the LGBTQ world of filmmaking, but most of the time for people of color in film in general. Last month, YouTube user Dylan Marron uploaded a series of videos titled "Every Single Word Spoken By a Person of Color," in which he highlights the lack of speaking roles for people of color in film.

With not only LGBTQ+ roles being taken by straight cisgender actors, the intersection of being black and trans leaves little to no room for roles to trickle down from a system not designed for them. Navigating these waters, are also the allies. Cisgender brothers and sisters who wish to stand alongside trans folk, and empower them, but sometimes forget what the word ally means.

"My big thing for allies is always listen. It's not about you. Your position as an ally is to support, so when you re-center the conversation back on you, it only makes it more necessary to have," says Blaque. She's aimed on educating allies, but only if they are willing to listen. "Don't make it about you, don't recenter the conversation about you. Your job as an ally is to uplift the voice of who you are supporting. It's not healthy to speak for us, there are so many trans people who want to speak for themselves. People may give you way more validity, so the best thing to do as an ally is to let them speak."