By Lily Puckett for Teen Vogue. 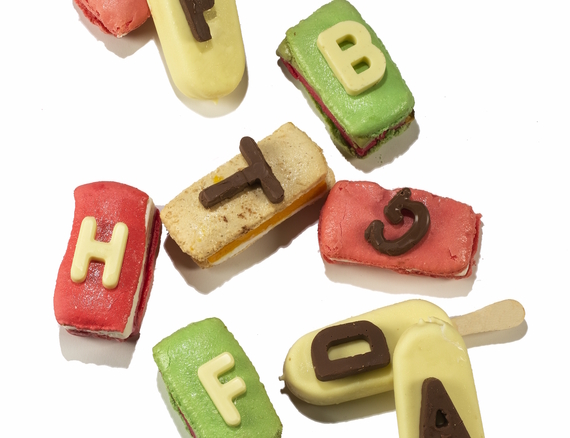 Do you really know what you're eating?

On July 1, Vermont becomes the first state to require all food that contains genetically modified ingredients to be labeled as such. (The state attorney general's office intends to go after "willful violations" by manufacturers, not necessarily products that were produced before July 1 that may not be labeled.)

Other states will also be impacted by Vermont's new rules, such as Maine and Connecticut, which have laws requiring GMO labeling if nearby states institute a labeling law, the Associated Press reports.

The idea behind Vermont's law: Customers want to know what they are buying and consuming. However, critics say the creation of the labels is an unnecessary expense, and that too much information could be confusing to customers.

But what are GMOs in the first place? And why is labeling them so controversial? We break it down.

A GMO -- which stands for "genetically modified organism" -- is an animal or plant with genetic material that has been altered in a lab. We're usually talking about food we eat when we use the term "GMO." A common reason for a company to choose to genetically modify their product is to have it withstand pesticides, or to have it naturally emit a pesticide.

What about the safety of eating GMOs?

According to the World Health Organization, the safety of GMO foods is assessed by: its effects on health (also known as toxicity), its potential to provoke an allergic reaction (also known as allergenicity), its specific nutritious or toxic components, how stable the inserted gene is, what effects the genetic modification has on the nutrition of the food, and possible unintended effects that occur from genetic modification.

The WHO says that "GM foods currently available on the international market have passed safety assessments and are not likely to present risks for human health. In addition, no effects on human health have been shown as a result of the consumption of such foods by the general population in the countries where they have been approved."

Related: 5 Ways To Avoid This Very Sketchy Chemical Hiding In Your Food

In addition, a report from the American Medical Association notes that "bioengineered foods have been consumed for close to 20 years, and during that time, no overt consequences on human health have been reported and/or substantiated in the peer-reviewed literature. However, a small potential for adverse events exists, due mainly to horizontal gene transfer, allergenicity, and toxicity."

However, critics of GMOs say that no long-term, independent human studies have been conducted showing if there are effects of GMOs on human health.

Who is affected by GMOs?

Technically, all of us. Corn, cotton, and canola are among the top crops that are genetically modified.

Ninety-two percent of Americans say they're pro-GMO labeling, according to a recent Consumer Reports study. It's that people want to know what they're consuming, is what most labeling advocates see as the real issue, rather than a crusade against GMOs in general.

"Safety is not the point. Almost all the labels required on food -- such as ingredients and fat content -- are informational," says Jean Halloran, director of food policy initiatives at Consumers Union. "So is GMO labeling. The debate over GMO labeling is about consumers' right to know what they are eating."

However, the American Medical Association says that the science-based labeling policies from the Food and Drug Administration "do not support special labeling without evidence of material differences between bioengineered foods and their traditional counterparts," and that the AMA "supports this science-based approach."

The food industry sees GMO labels as restrictive and unnecessary, claiming that they would be expensive to make and confuse customers. The Coalition for Safe and Affordable Food, an anti-labeling advocacy group, believes that the label laws will raise costs for the consumer, claiming that "companies will be forced to create multiple supply chains, warehousing and delivery mechanisms to comply. Because of this, grocery costs for families could increase by as much as $1,050 per year."

However, Paddy Spence, the CEO of natural soda company Zevia, who has over 20 years of experience working in the organic and non-GMO food industry, doesn't believe that costs to the consumers would really increase prohibitively if labels were required. "I frankly just don't think that's a legitimate argument at all," he explains. "When you look at the ingredients for any food and beverage, we (the makers) know exactly where those products are coming from. Anyone who tells me they don't know where their crops are coming from, they're not credible. I think they're concerned with administrative costs, but that's just not a real concern." He also notes that European countries that label GMOs have seen no increase in food prices, which is also noted by pro-labeling advocacy group Just Label It.

But Kevin Folta, PhD, an independent expert for GMO Answers (which was founded by GMO-producing companies in the biotechnology agriculture industry, including Monsanto), says that "labeling something as 'GMO' does not" actually provide people with the information of what's in their food. "Genetically engineered plants can be simply thought of as a different kind of machine to make the same product. The products are identical, so labeling it different is misleading if it makes you think there is something special (good or bad) about the 'GMO' product," he says.

Related: What's Really in Your Food? The Surprising and Scary Answers, Right This Way

More Than Half of What You Eat Isn't Even Real Food, Study Finds

Here's The Truth About Going On A Gluten-Free Diet