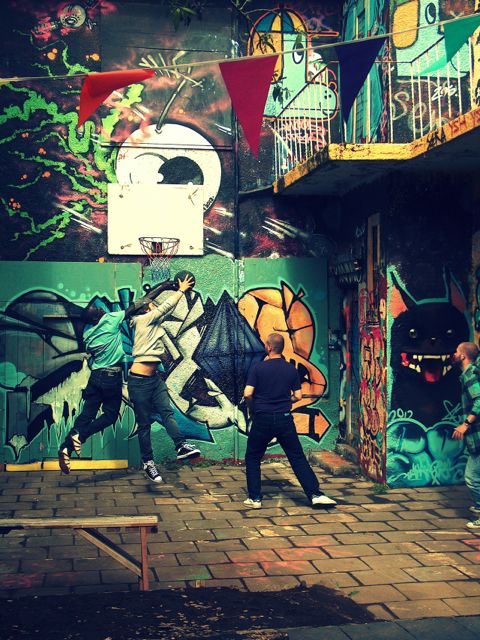 There's a square in the middle of Reykjavik with a beating heart that's fighting for its life.

The park is called Hjartagarðurinn, literally translated as "Heart Garden," and fondly known as "Heart Park."

These are photographs of the park last summer, in all its glory. A community of artists headed by Tómas Magnússon, Tanya Pollock and Örn Tönsberg, cleaned up what was formerly a derelict abandoned lot, in the center of the main shopping district of Reykjavik. A stage was built, benches and tables were brought in, playground equipment was set up, skateboard ramps were constructed... and, as the park came to life, the crowd gathered. 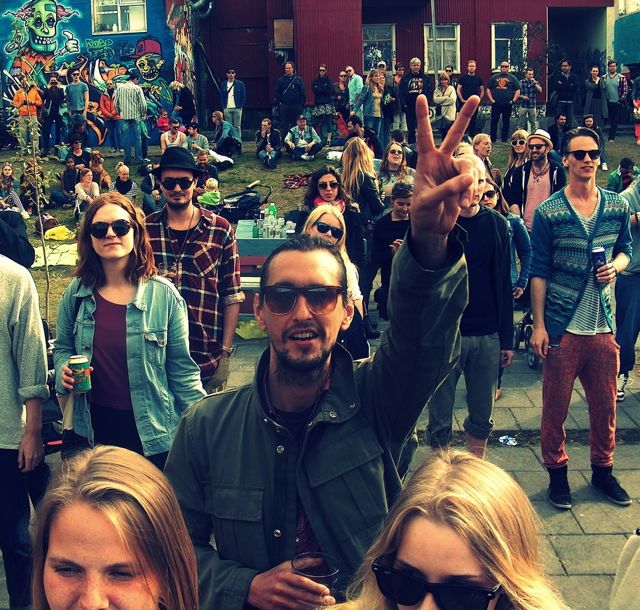 When I came across the park in December, it was quiet and empty, with the exception of a couple of kids skateboarding, but I was intrigued by the surrounding walls covered in graffiti. In the center of the park, under a couple of picnic tables, is a brick heart, the symbol for the park. 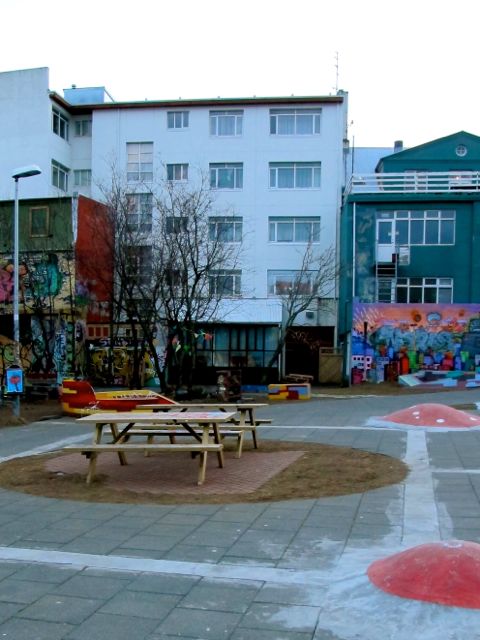 The next day I met Jelena Schally, a young woman who had grown up in Iceland, but whose family had moved to Norway. She had moved back to Reykjavik last summer, where she was jobless and on her own for the first time. She was unsure of her direction.

Then she happened upon Heart Park. 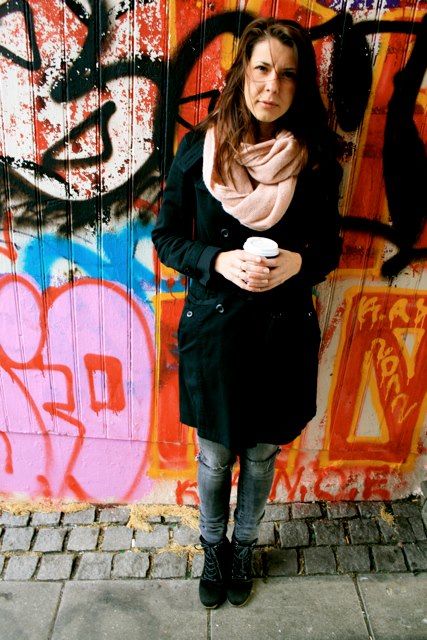 Here Jelena found friends that became like family, and, more importantly, a new passion for life. She joined the clean-up and helped organize events, and, encouraged by her new friends, Jelena took photographs (the first two above are hers), and began to paint. She's having a gallery show later this year.

Her eyes sparkled as she talked about the park. "I'm really happy I found the park, because I got to know a lot of warm, giving people. The park saved me... I think it saved a lot of people last summer, because it brought people together."

Then she told me about the park's fate.

The land is privately owned by a property management company. Before 2008, there were plans to build a mall on the lot, but the financial crash put an end to the project. It sat empty, until the group of artists saw its potential and transformed it, making it a symbol of hope and change, rather than of economic defeat.

Unfortunately, it seems that Heart Park is scheduled to be demolished to make room for a hotel.

The creative community of artists who worked so hard to bring life to this park, have fought just as hard to keep it alive. 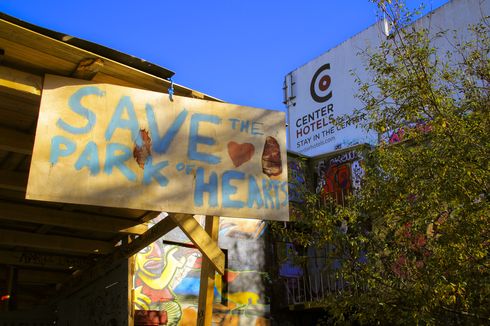 At the moment, it seems they have lost the battle.

They are looking for an alternate location, but it has been suggested that they relocate to a suburb twenty minutes outside of Reykjavik center. Not, obviously, a place where visitors would see it. Not even a place where the community will likely gather.

In my travels, I search out places like Hjartagarðurinn...it is where the essence of a city's character is found.

To lose Heart Park is to lose a vital piece of Reykjavik's culture. 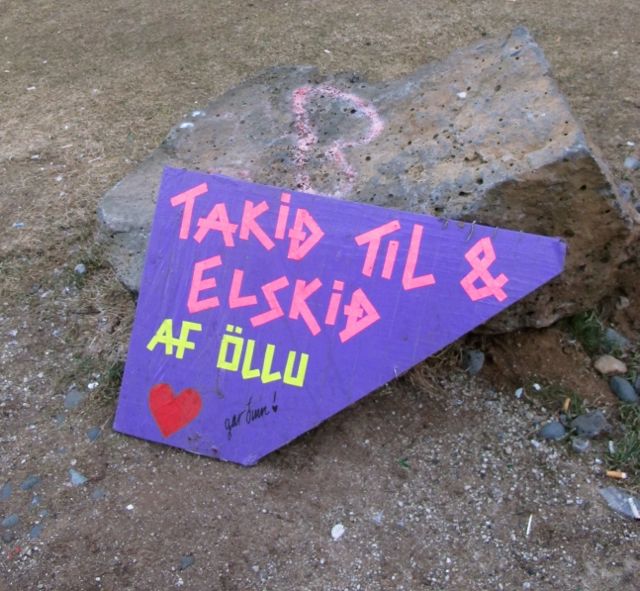 ["Clean up and love with all your heart"]

See my blog for more stories of my travels.

Will the Heart [Park] Beat Go On?
More:
reykjavikslidepollajaxtourismgraffiti artStyle