This week, Finnish police announced the controversial leader had been mistakenly placed on its criminal blacklist. But before the bit of bad news, Putin appeared to enjoy a protest for the first time. 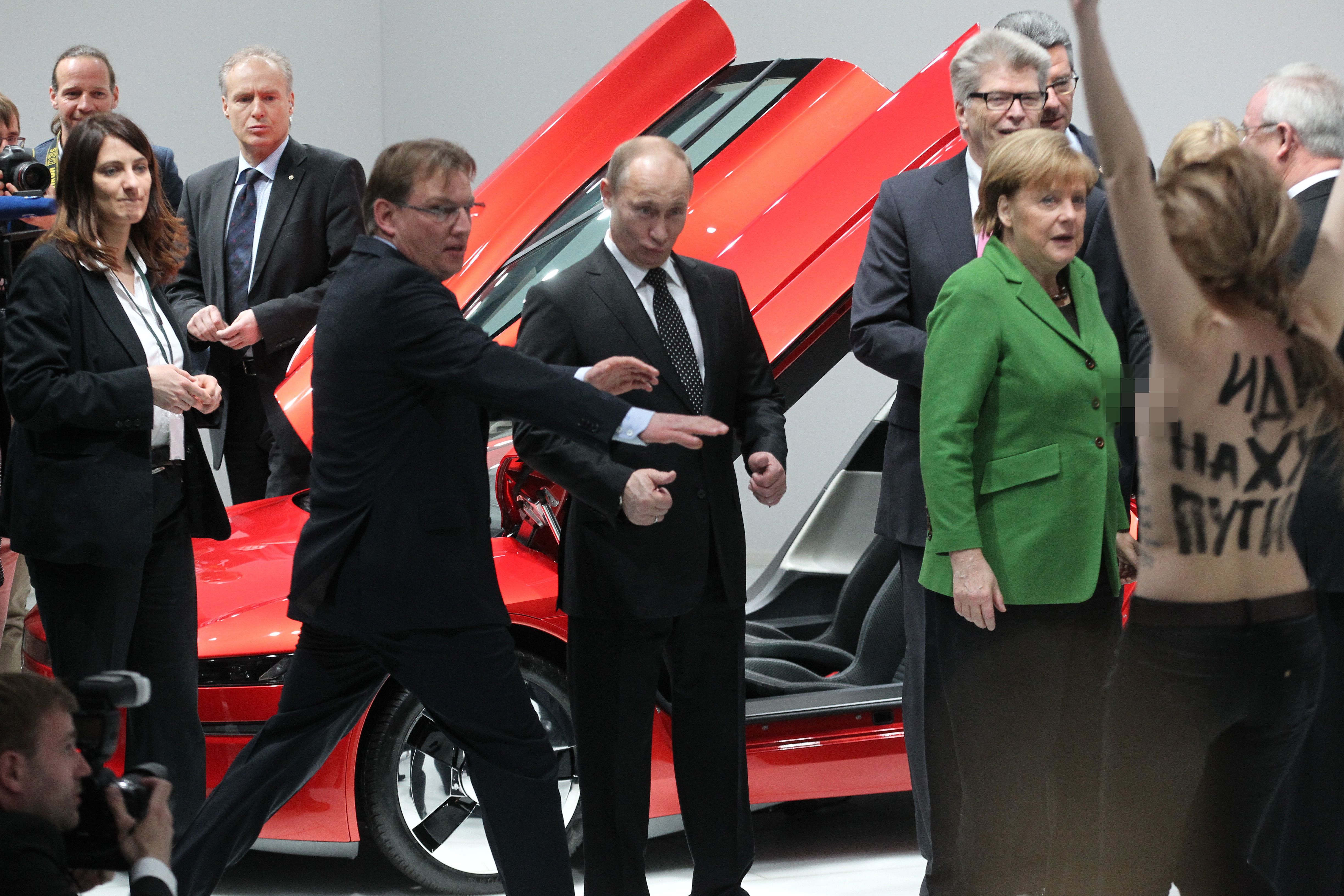 This wasn't the first time FEMEN targeted Putin, but it's likely the most memorable. And there's a lot going on in the image, from Merkel's shock to Putin's thumbs up.

How would you caption this photo? Send us your ideas by using the hashtag #SundayCaptionContest on Twitter or by leaving your entry in the comments sections below.