Maybe Yoda really did make it to the ripe old age of 900.

After all, a drawing of a monster in the margins of a 14th-century manuscript bears a striking resemblance to the little green Jedi Master from Star Wars. Just check it out for yourself in the image below.

"When I came across this monster, I actually couldn't believe it. It's a manuscript that was produced 700 years ago," Dr. Damien Kempf, the University of Liverpool historian who found the drawing, told the BBC radio show The Verb. "There you find this monster, atop the main text, sitting there and having this scholarly attitude like Master Yoda." 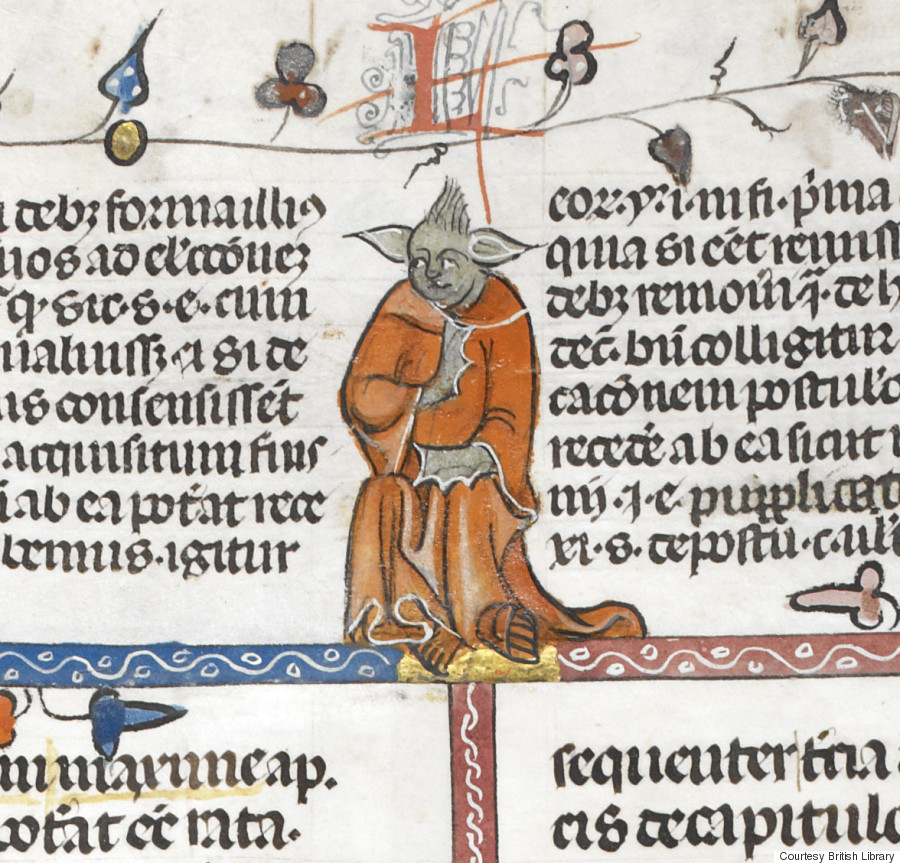 The Yoda lookalike appears in a French manuscript known as the "Smithfield Decretals," The Telegraph reported. It's one of several images highlighted in Kempf's new book, Medieval Monsters, which includes a collection of creatures found in documents from the Middle Ages.

"I'd love to say that it really was Yoda, or was drawn by a medieval time traveler," Julian Harrison, a British Library curator who featured the drawing on the library's blog, told NPR. "It's actually an illustration to the biblical story of Samson -- the artist clearly had a vivid imagination!"

Scroll down to see more of the drawings from Medieval Monsters.