The Power of Intention is a phrase I'm sure you've heard. Dr. Wayne Dyer wrote the book. It's the principle behind The Secret, by Rhonda Byrne, You Can Heal Your Life, by Louise Hay, and E-Squared, by Pam Grout, among others.

In the simplest terms it means, what you focus on will manifest in your life. I believe it's true and it works in both positive and negative ways. I've seen it in my own life many times. 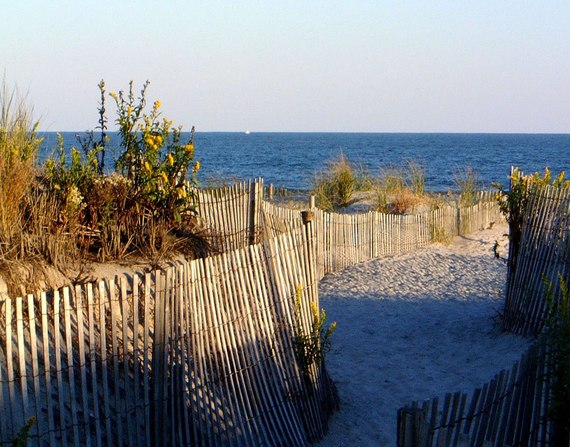 When I look back on my life and my less than idyllic childhood, I wonder how I ever became the optimist I am. Most of my family held themselves down in the mire. Giving up on education, settling for a life of struggle, and always feeling less than.

One of my cousins, a very bright girl, spent a summer with my husband and me when she was 15. Knowing the family history of drop outs, I really felt we'd saved one. But, she went home and dropped out of school after becoming pregnant. She married the young man, who also dropped out. They were doomed to repeat the pattern.

When I asked my uncle why he didn't make her finish school he said, "I can't force 'em to learn." It's really sad.

I was the first in my family to graduate from high school. It wasn't a big celebration at my house. My mother called me smarty pants, bossy bitch, among other lovely names, for years. She was threatened by my love of learning.

In that culture, there is a fear of losing someone who becomes "better than you," which is how they feel when you become educated. Education is a threat. Fear of the unknown beats a lot of people down.

I used to believe you were born an optimist or a pessimist, but I don't anymore. I believe you can manifest your own destiny in many ways.

The years I spent caring for my brothers at the expense of my own childhood never made me give up on wanting a better life. I never felt I was doomed to poverty and ignorance. Quite the opposite. I knew I would have a better life.

In my tween years, a friend and I would play house, but not in the stereotypical style. We pretended we shared an apartment while climbing the corporate ladder. We were working girls, in our minds, but not the kind of working girl my mother could relate to.

Both of us married younger than we intended and had kids right away. Those choices didn't play into our earlier pretend lifestyle, but our attitudes did. It was, after all, the age of women's lib. Neither of us lived the Father Knows Best life. It was a choice.

I was thinking about all this after watching a news story about the families who lost their homes to super storm Sandy, which devastated much of the Northeastern U.S. a few years ago.

Some had moved into a motel, with whatever they had left while waiting for assistance. Entire families were full-time residents of a motel that was destroyed by fire.

When I watched the report and saw the faces of those who got out alive I saw my uncles and aunts, my cousins, all of those who succumbed to the belief that life, their life, was meant to be a struggle.

At that time, we had decided to sell our city home and beach house to move full time to Cape May. Things were moving along really well. I had envisioned the entire process from the moment we put it all in motion. My vision did not include struggle and hardship.

In fact, we wouldn't have had the beach house if I had refused to believe it was possible. I didn't have a timeline on that vision, but I knew it would happen, even as my husband doubted it.

We sold our city house in three days. My head was spinning but in a good way. The beach house took longer, but it worked out perfectly because we had a place to stay while finding the perfect home in Cape May.

There were false starts and offers declined along the way. Then we got a solid offer on the beach house but hadn't found our forever home and, I'll admit, I was nervous. We made offers on two houses that fell through. They weren't really what we wanted, but we had to move. I was beginning to worry.

I would check my phone the moment my eyes opened in the morning, waiting for word from our realtor. The market was a bit stagnant in Cape May as the season was coming to a close. Worry.

Until the morning, I saw our realtor's message..."Look what popped up overnight!"

It was exactly what we wanted. Coincidence? No way.

You really are the architect of your life. It's a choice.