It's not easy to build a business but a certain drive for success and desire to create something that people use can catapult even a 15-year-old into diving into the entrepreneurship life. This was indeed the case for now, 21-year-old Jesse Leimgruber who started his first business at the age of 15 before dropping out of Stanford last year to pursue his startup NeoReach full-time after raising a seed round of $1M.

Jesse was 19 years old when he found himself in Zappos and Amazon's office closing a huge deal for NeoReach, an influencer marketing platform that helps brands manage their online influencers and increase their online reach. Fast-forward two years later and NeoReach has clients that include Walmart, Microsoft, Amazon, NBC and more.

I got to interview Jesse and learn more about what drives this 21-year-old serial entrepreneur and startup founder. 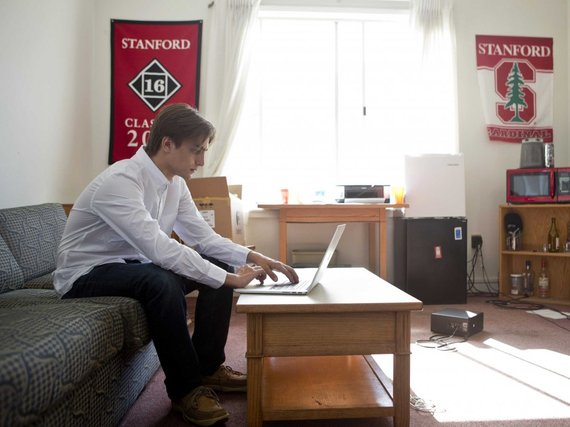 Jesse in his dorm at Stanford

How It All Started

Jesse was 15 years old when he started his first business with his brother back in Florida. Jesse had been doing website design and development when the idea for this first business came from an eCommerce site he had built for a client.

He shared, "I built this e-commerce site for somebody and it kind of did well so I got jealous so I built my own e-commerce site, and I was selling laser pointers and LED stuff and there was this one product that sold really well. I sold these bright neon hats that said words like rage and party, and they quickly became a hit in the music festival scene."

This early success in eCommerce and digital marketing led Jesse to start a digital marketing agency with his brother. He shared, "It wasn't huge but it was successful. We ended up getting a couple of big clients, Nissan, Phillips and Polaroid. We did all sorts of work for them including SEO, pay-per-click, email marketing and more. However, one of the things that was particularly time consuming was working with bloggers and pitching stories and going back and forth. It was a massive time sink."

This pain-point would end up becoming the inspiration for NeoReach.

The Birth of NeoReach

At this point, Jesse had gotten into Stanford and had decided to find a way to streamline the process of reaching out to bloggers and influencers. He shared, "I ran into one of my professors at Stanford Ravi and he suggested that if I was building these tools for my agency, I should probably do it as a software and not as an agency. And so he wrote the first check and he invited me to join his accelerator."

Since that first check, Jesse has been accepted to multiple programs and accelerators including Alchemist Accelerator, Founder.org, and the Thiel Fellowship. He shared, "Alchemist help us learn enterprise sales. Founder.org really helped us build our company and was crucial for all the nitty gritty of running a company. The Thiel Fellowship was good in helping meet people who have already dropped out as well."

Dropping out of College

It wouldn't be long before Jesse had to make a decision whether to drop-out or not. While NeoReach had raised their initial rounding of funding (worth 300k) while Jesse was still in school, Jesse ultimately decided to drop out after they closed their full seed round of over $1M.

Jesse shared, "Well some things just can't wait and Neoreach was getting enough traction and I really felt that it needed my full attention. I genuinely feel that Neoreach is going to empower the next wave of marketing which is influencer marketing and I think we're going to be a leading a big market so I couldn't give it a half-hearted effort but it was definitely an internal challenge."

This next wave of marketing Jesse is referring to includes the evolution of marketing from being transactional to becoming more relationship based. He shared, "Marketing is shifting from an outbound advertising model to a much more relationship, authentic model. Brands are targeting younger and younger audience and they're using platforms like Twitch and Snapchat, but most of the dollars are being poured into Youtube and blogs." 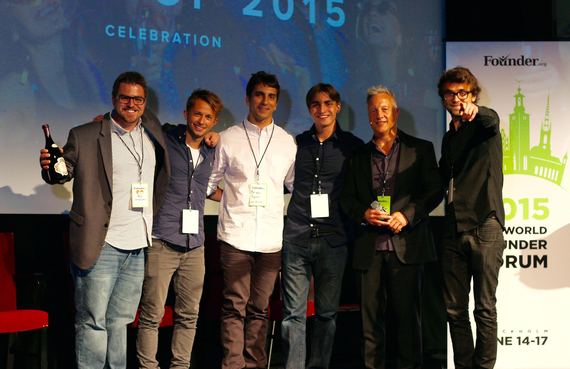 Jesse with the Founder.Org team

One of the early challenges Jesse faced was selling to big companies. But through the years, Jesse has learned how to maneuver the enterprise sales market and effectively convince customers to try out NeoReach.

He shared, "I think my process of how I've solved this has been pretty interesting. Essentially, I took the customer development approach where I basically didn't sell. I messaged potential customers and called them but I wasn't selling. I asked them what their problems were. I asked them about their pain points. Then I would ask them, 'If you could wave a magic wand, what does the ideal solution look like?'"

He would then end each call with one line: "We're building a solution for ______. It's not ready yet but would you be interested in doing another feedback call in about a month?" Then he would schedule the call right then and there.

A month later, Jesse would once again hop on a call with them and after a question and answer session, he would tell them that the full demo would be ready in two weeks and that they had incorporated all the initial feedback they had received.

This was the same strategy Jesse and the NeoReach team used to close their first big client--Zappos.

Advice to Aspiring Entrepreneurs - "Don't Rush Into It"

When I asked Jesse what his biggest advice to entrepreneurs would be, he was very clear and straight to the point: "I would really emphasize to tell people not to rush into startups."

He further expounded, "I didn't realize how much a commitment a startup is. It's 5 years at least. When you start a startup, you don't have the option to leave. When you realize that it is a 5-10 year commitment especially when you didn't know that starting out, you have to wrestle with that one. I'm in and that's fine but had I really grasped that it was a 5-10 year commitment, I probably would have wanted to gain more experience first."

However, Jesse has no regrets given how much he has learned since he started NeoReach. He shared, "I genuinely feel good about what we're working on. If I didn't love the idea, I would be totally out right now. You must love the idea because it's a 5-10 year commitment. It's all consuming. So if you don't love what you're working on, you will have a bumpy ride."

You can learn more about NeoReach by visiting their website here.