Zoe Saldana and her sisters are foregoing traditional New Year’s resolutions. In their most recent YouTube video, the three women describe how they’re planning to take on the new year.

“Instead of a resolution this year we’ve decided to set an intention, picking a word and focusing on that word and letting that word guide you through the year,” Mariel Saldana says in the video.

While a resolution and an intention may sound very similar, Zoe explained to viewers why she and her sisters feel their change in thinking will make a difference in 2017.

Each of the sisters then shared what their word for 2017 will be and explained the reasoning behind their choice. After Mariel chose “faith” and Cisely Saldana chose “assertive,” Zoe explained her intention to be more “open” in the new year. 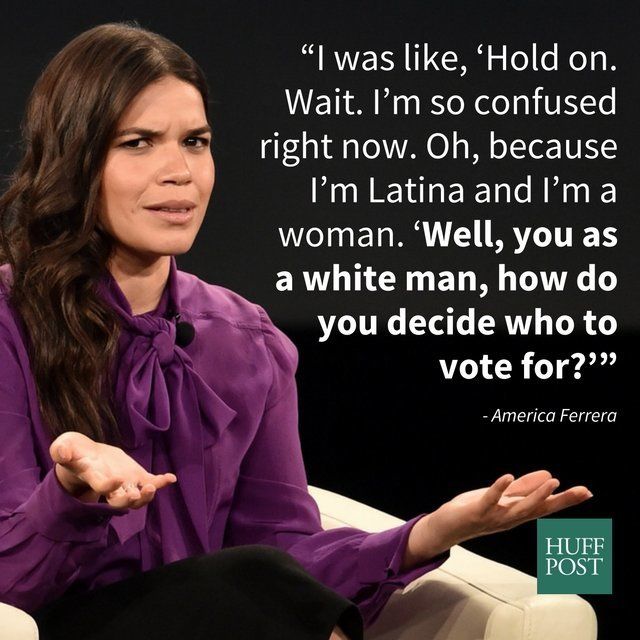 1 / 17
When America Ferrera shut down a reporter’s tone deaf question
While chatting with Gloria Steinem at the&nbsp;2016 MAKERS conference in February, America Ferrera shared a head-scratching anecdote. <br><br>She explained how one reporter was genuinely puzzled by <a href="https://www.huffpost.com/entry/america-ferreras-response-to-reporters-tone-deaf-question-will-make-you-cheer_n_56b3c522e4b08069c7a69eef">how the actress would choose a presidential candidate to vote</a> for if both Ted Cruz&nbsp;and Hillary Clinton became nominees.&nbsp;Her response was perfect.&nbsp;
Getty