Amid the unrelenting nightmare that is 2016, it’s comforting to know there’s one thing that’s managed to remain the same in the face of the Trumpocalypse, the slow, painful death of network television and Ross Geller playing a Kardashian.

That’s right, there’s never been a love as pure as Joey Tribbiani and Chandler Bing’s and it’s only grown stronger since “Friends” made us laugh for the last time 12 years ago.

During the Television Critics Association press tour in Beverly Hills on Thursday, Matt LeBlanc, who played Tribbiani on “Friends” for 10 seasons, was in attendance to promote his new series on CBS, “Man With A Plan,” about the perils of being a stay at home dad.

Coincidentally, Matthew Perry also has a series on the same network, so naturally reporters inquired if the two ever run into each other on the CBS lot.

“I saw him yesterday,” LeBlanc told the room, according to Us Weekly.

“I could not see him for five years, and then put me in a room with him, and it will be like I saw him yesterday,” he continued. “We still have this shorthand with one another. It’s amazing, really. Ten years in a building with no windows, with the door locked, we got to know each other pretty well.”

LeBlanc and Perry seemed to have one of the closest relationships on the series, but the “Episodes” actor made sure to mention that he has nothing but warm feelings for all of his former friends.

“I love that guy,” LeBlanc added. “I love all five of those people. We spend a lot of time together.”

The cast sans Perry gathered for a quasi-reunion in February to honor the legendary TV director James Burrows, where they talked about set secrets, favorite episodes and becoming friends IRL.

It’s nice to know they’ll always be there for one another.

2016 Might Be A Hellscape, But At Least Joey And Chandler From 'Friends' Still Love Each Other
Fake 'Friends' Episodes 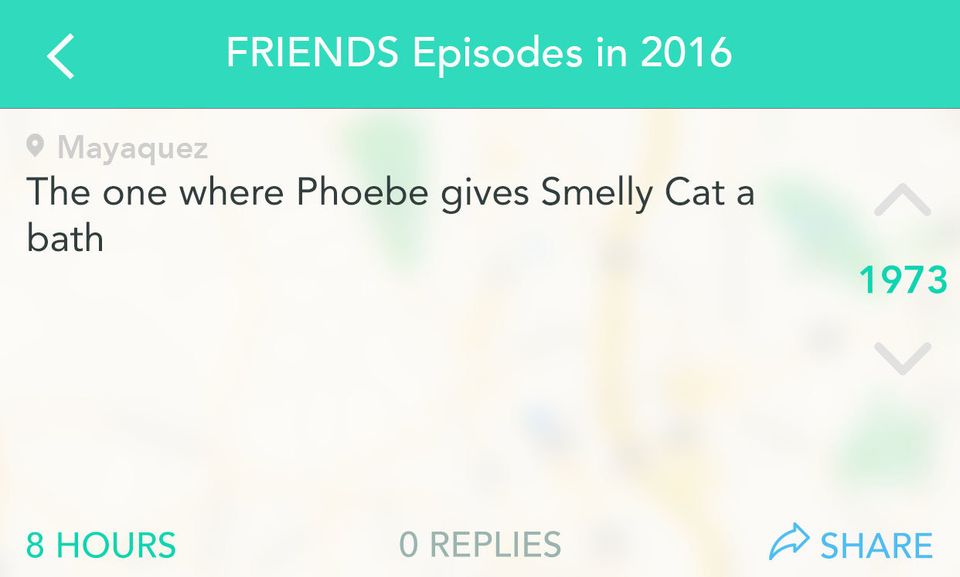