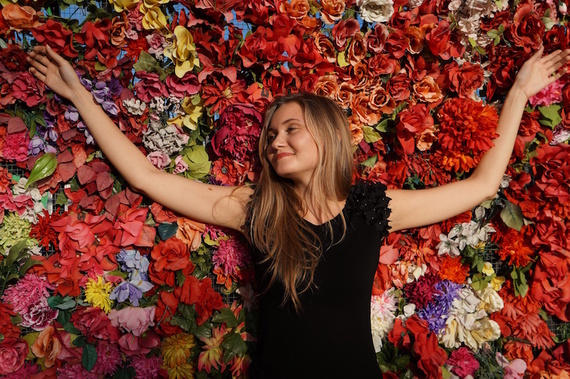 By Erin Magner for Well+Good

By now, we all know the rules of good gut health: eat lots of fiber and fermented foods, along with plenty of other prebiotics and probiotics. But did you know that a healthy microbiome is just as crucial for our mental health as it is for our digestion?

RELATED: Why Fiber May Be The Best Way To Get A Healthy Gut

As science has proven, our digestive tract isn't just filled with bacteria, but also with a whole lot of nerves. "The gut has its own 'brain' called the enteric nervous system, which hosts somewhere around 500 million neurons," says Eve Kalinik, a UK-based certified nutritional therapist. She adds that the brain and gut neurons are directly connected via the vagus nerve, explaining why we feel "butterflies in the stomach" when faced with an anxiety-provoking situation.

And that's not all. Gut bacteria play a major role in our gray matter function, too. "Recent research has directly [shown] the microbiome influences neurotransmitters in the brain, affecting the way that we think and feel," says Kalinik. "Certain strains of beneficial bacteria can themselves produce many of the same mood-positive chemicals used in brain signaling, such as dopamine, serotonin, and GABA."

Needless to say, when our bellies are out of whack, our state of mind takes a dive as well. But according to Kalinik, there are three major things we can do to keep our microflora flourishing and, in turn, nourishing our brains with the good stuff.

Look for yogurt and fermented foods--like sauerkraut, kimchi, kefir, and miso--as well as prebiotics such as onions, garlic, leeks, chicory, and Jerusalem artichokes. (Even chocolate can be good for your gut--Kalinik is the go-to nutritionist for Ohso, a probiotic-enhanced chocolate brand.)

2. Don't skimp on fats and protein.
Chicken, turkey, brazil nuts, eggs, avocados, oily fish: all have a powerful impact on our mental state, says Kalinik. (Same goes for fruits and veggies such as bananas, leafy greens, and beets.) "These are sources of important precursor amino acids and cofactor vitamins and minerals, which convert into mood-enhancing brain chemicals," she says. Kale salad topped with serotonin, anyone?

Read on for more of Eve's advice, and feel-good foods to add to your pantry.

More Reading from Well+Good:
3 Unexpected Ways To Add Fermented Foods To Your Diet
Everything You Need To Know About Protein
This Workout Was Designed To Make You Happier