Turns out, 45 years old is just 45 years old. An age that means you are old enough not to feel young anymore, but not old enough to complain about it. It's like the middle child of ages... no one is impressed or thinks your turning 45 is a big deal but you.

Today I'm 45 and I'm not having one of those aha moments of gratitude about my age, which trust me, I do have. A lot. I get that the alternative to aging is terrible, but this blog isn't about that. Instead, I'm treating myself to a blunt assessment of what 45 years of life feels like and what is ahead of me. If you are reading through this blog hoping for some kind of wise reflection at the end about how age is "only a number" or "you're only as old as you feel inside," abandon ship now. This is going to go full-on honest, with zero redemption, and without a neat resolution to lift you up. I'm going to end it in the middle of a thought with a preposition, because. 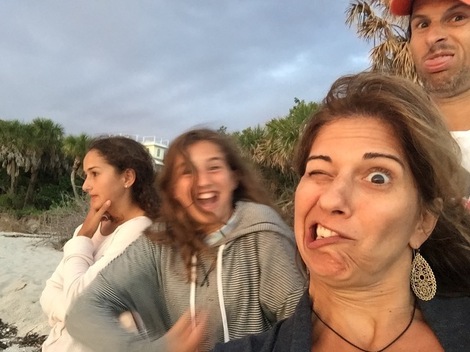 Aging by the Numbers
Once you reach your first milestone of aging, you quickly learn that if your age ends in a "9," it's somehow worse than if it ends in "0." So, 39 is actually a worse age than 40 because you are the oldest of the thirty-somethings and dangerously close to putting a fork in another decade of lost dreams, unrealized potential, and your skin's losing battle with elasticity. You figure out that at least when you turn 40, or start any other fresh decade, you become the young'un and can cobble together a fair amount of optimism for how you are going to take hold of this decade and make it your bitch. It's sweet you think that.

As you age, you also learn that the "0" to "4" at the end of your age is fantastic, and once you hit the "5," like 45, you round up. You are essentially 50 and everyone knows it. Second halves of decades go faster. It's proven... probably. You can tell you are in the late half of the decade because people will say, "Wow, you look good... for your age," which is the Cirque du Soleil contortionist version of a compliment. Take it. It's as good as it gets. 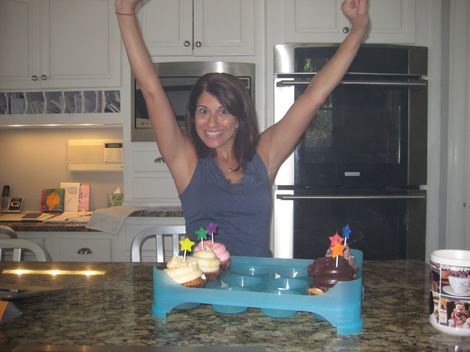 So, 45. Halfway to 90. Ninety. Nine-ty. We all know how fast the first 45 years flew by, so, in the blink of an eye you'll be that old person who has fallen and can't get up -- only it won't be so funny then. And here's a curveball... I'm not even sure I want to live to 90. Think of all the meals you'll have to think about and cook? I'm already sick of all food. Think of all the people you'll have to pretend to like. Think of all the pleasant conversation you'll have to make with 21-year-old idiots who think they are smarter than you.

And think of your body. If I take my body today and add another 45 years of aging to it, I don't think that's going to be a good time, and let me tell you why...

Gravity.
Can you even imagine another 45 years of gravity having its way with your skin, fat, boobs... your junk? Yeah, that's right, guys. Gravity ain't helping you either. If it's sagging now, it's not going to get any better unless you start walking everywhere on your hands, which is something I have seriously considered.

Digestive System.
A few days ago, my body gave me an early birthday present. Suddenly, without any warning, and because it clearly hates me, it decided, unilaterally, that it was done processing cheese. Yup. Just, "F you, M. I'm not doing cheese anymore." But since my digestive system doesn't talk to me, it just gave me unbearable pain in my chest, the likes of a heart attack, and heartburn that made that time I dumbly ate a huge burrito when I was nine months pregnant seem like a pleasure cruise.

I can't express to you how much I love cheese. Instead of this blog, I toyed with the idea of just writing an ode to cheese, but I couldn't see through the tears to type it.

Sleeping Injuries.
But my body wasn't done celebrating my birthday yet. Today, on my actual birthday, I woke up with a crick in my neck. You know, that complete immobility you feel in your neck that's the result of nothing more than sleeping in your bed? Yup. I spent the day unable to look left. I can barely look right, either, but I'm trying to sprinkle in a little bit of optimism here. The truth is if I just sit here and look straight ahead, it hurts like hell. With every radiating shard of pain, my body seems to be saying, "You know you're old, right?"

And it's not just cricks in the neck. It's all kinds of weird body aches you will now get just by sleeping. You'll think wistfully about the time you fell off your bike when you were 12, Evel Knievel style... over the handlebars, into a complete asphalt roll... and were completely fine. Nothing even hurt. Nothing. You walked away from that with full mobility. Now, you just wake up in the morning and your knee buckles. And because you are in complete denial about the aging process, you start to ponder what might have caused it, out loud, to anyone who will listen. You throw out ridiculous things like that exercise class you took a week ago, that bike crash when you were 12. But it's nothing. Nothing caused it except good old-fashioned aging mixed with the seemingly benign act of sleeping.

Zits.
I wish I could think of one upside to turning 45, like at least I no longer have to deal with acne. But just this weekend I got three zits. Two unpoppable ones on my forehead that seem to be hardwired into my skull. And one massive blackhead on my chin that I managed to squeeze, creating a cut/soon-to-be scar, while the blackhead stayed perfectly intact, mocking me. I don't know how to pop a blackhead. I'm 45.

Heartwarming Conclusion
Lest you get caught up in the "45 is the new 30" nonsense, brought to you by the makers of Oil of No Way, I'm here to tell you that it isn't. Thirty was 15 years of youth-you-will-never-get-back ago. What you have gained in wisdom is now being cancelled out by your lack of memory. What you have gained through experience is being cancelled out by "nobody gives a crap what you think, old dude." So, guess what? You're just 45. Halfway to 90. A good 27 years past high school graduation. Probably two years away from qualifying for an AARP card, which you should totally get... I hear the deals are amaaazing. And 20 years from complete irrelevance, if you're lucky. But don't despair. It's all good, because at least you aren't 46. That shit is old, yo.

To read more of M.'s takes on life and parenting, visit her website: www.mblazoned.com