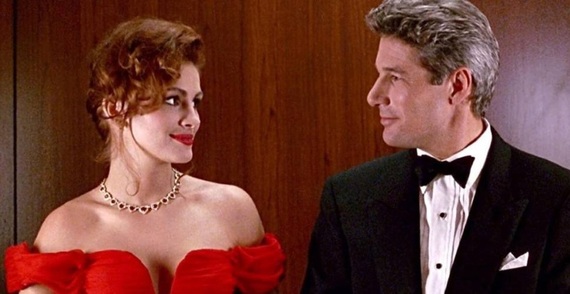 The romantic comedy is a sub-genre that dominated the 1990s and early 2000s, making stars out of Julia Roberts, Meg Ryan, Kate Hudson, Katherine Heigl, Drew Barrymore, Reese Witherspoon, Sandra Bullock, and many more. Over time since, Rom-Coms have slowly fallen out of grace with Hollywood, at least in the structure that created so much success for the sub-genre in those golden years. As the scripts got worse and more formulaic, audiences grew tired of them -- and so did actors.

These days such movies have been replaced with bro-mance comedies for the men and girl power comedies for the women. Sure, there are often romantic interests in each, but they take a back seat to the male-centric or female-centric dynamics of the story. One or two true romantic comedies will surface now and then, but overall, the sub-genre as we knew it has been in hibernation. To Hollywood, it’s virtually dead.

However, when a genre has been dormant for a certain amount of years, screenwriters should see that as an opportunity to try and redefine the genre and tap back into that embedded emotional connection the audiences once had.

Gary Marshall, director of some of the most popular romantic comedies of all time -- Overboard, Frankie and Johnny, Pretty Woman, Runaway Bride, The Princess Diaries, Valentine’s Day, New Year’s Eve, and this year’s Mother’s Day -- spoke with Entertainment Weekly, offering his five rules to directing Rom-Coms. Marshall is perhaps the sole proprietor of successful contemporary romantic comedies in recent years with his “holiday movies.” Valentine’s Day, New Year’s Eve, and now Mother’s Day --which opened soft but saw a 7% increase in box office revenue during its second weekend, thanks to it’s namesake holiday -- showcase a new type of Rom-Com formula that has attracted studios, actors, and audiences alike.

By taking his rules and pairing them with the idea that screenwriters could see this as an opportunity to resuscitate the genre, we expand on them as possible answers to how screenwriters can bring back the Romantic Comedy.

Romantic comedies need to make audiences cry as well as laugh. The great romantic comedies were always sentimental. Those that stood above the rest weren’t just about the guy meeting the girl, losing the girl, and then getting the girl back (or girl-centered version of that). Look no further than one of the greats, Sleepless in Seattle. Tom Hanks’s character had lost his wife and was left with a son that was in desperate need to see his father happy and to perhaps have a mother-figure in his life. The film dealt with loss, death, and longing. And it became one of the greatest of that genre while doing so.

Great romantic comedies manipulate the audience’s sentiments. They tap into our hearts and pull every string they can. So screenwriters need to remember that. They need to leave no sentimental rock unturned and tackle difficult subjects like divorce, death, disease, heartbreak, and even mental handicaps, as was the case with the great 50 First Dates, which had Drew Barrymore’s character suffering from the loss of her short term memory. While such a handicap could easily be played for laughs -- this movie did a great job at that -- the film managed to pull on our heartstrings as well.

Fairy tales are great and there surely is a place for them, however, the romantic comedy probably started to fade because the situations became overly formulaic and resembled fantasy more than reality. Audiences grew tired of seeing last minute runs across the city to stop a lover from marrying the wrong person.

Screenwriters need to keep it real these days. They need to examine love as it is present in real life and find the stand-out elements of that which audiences can automatically relate to.

When Harry Met Sally kept it so real with the various interviews of couples intercut with Harry and Sally’s story.

Those are stories that people of all ages can relate to. If someone hasn’t experienced them yet, they’ve surely heard such stories from their parents and grandparents. It makes the material relatable. Screenwriters should inject their romantic comedies with such elements of truth and reality. And the great thing about that is comedy comes from that -- great comedy -- because the audience knows exactly what you’re talking about. They’ve seen it first hand with their significant others, family, friends, etc.

There’s perhaps no better truth -- and hilarious at that -- in a romantic comedy than what was portrayed by Sally in the same film.

Rule #3 The Kiss Is Everything

This may initially make some eyes roll, but screenwriters have to look deeper into this rule. It’s not just about the eventual kiss between the two lead characters. It’s about the moment that they finally come together. Audiences want to see that happen. They’ve invested their two hours into watching these two characters fail at becoming a couple -- conflict is everything -- and they want to finally see the moment where it happens. Why? Because in these types of films, invested audiences are trying to live vicariously through these characters.

The kiss represents the pay-off.

And there are different ways to present the kiss or such moments:

Even if screenwriters don’t actually have them kiss -- or if they have them do more than kiss -- this rule represents critical moments in the script that every romantic comedy needs. They are staples of the genre. Screenwriters need to put their own twist on them, sure, but be sure to include them in some way, shape, or form.

And the key to each and every one is the build to them. The set-up. Injecting conflict after conflict until screenwriters finally give the audience the gift of pay-off. Pretty Woman offered the brilliant build up of having Julia Roberts’s prostitute character not allowing any kissing. This was clearly a metaphor for her character not being able or wanting to make that intimate connection with anyone. But then the audience is finally offered this moment:

Give the audience those magical moments.

Gary Marshall describes his current formula as having come from his efforts of trying to get ahead of the trends. Offering five stories rolled into one accomplished a number of things. First and foremost, it opened up the chance to have more castable lead roles beyond the normal two love interests. In his formula for success, he offers a number of characters that share near equal screen time in different -- and sometimes connected -- story lines. It allows the production the ability to afford many big names at a fraction of their normal cost due to the time commitment on their end going from three months to three days. Thus, a bigger cast equals a bigger event -- something that is appealing to studios and major production companies.

Rule #5 It’s About the Girl

Now, we do live in the 21st century, I know. In a time where gender boundaries are less black and white. However, the statistics have proven that more women go to see romantic comedies than men. In the end, for most Rom-Coms, it has to be about the girl. Even if the script focuses on the guy’s point of view, there has to be an amazing role written for the girl -- or girls if screenwriters follow rule #4. And the trick is that it has to be a character that women want to be, as well as a character that men want to fall for themselves -- at least for those two hours in the theater.

That said, the best romantic comedies offer something for the men as well. Perhaps the perfect example for a film that balanced that notion was Jerry Maguire -- a film that was both a romantic and sports comedy.

However, without the Renee Zellweger role written as well as it was, there’s no film. It has to be about the girl in the end because let’s face it, nine times out of ten the men watching the movie with the women would rather be watching an action flick or the latest superhero movie.

All of those above rules, as well as our elaboration, is great, but in order to truly give Hollywood -- and the audience -- a reason to want to bring this sub-genre back from the dead, there has to be an angle that differentiates a concept from what has come before it.

There are three ways that screenwriters can accomplish this:

1. Find a New World to Tackle

2. Be a Throwback with a Twist

Especially in these current times where certain gender and sexual identities are finally becoming more mainstream, why not take the throwback approach and give it a contemporary twist? Instead of guy meets girl, maybe it’s guy meets guy or girl meets girl? Pick any classic Rom-Com and switch the genders, switch the sexual preferences, or whatever sounds interesting and intriguing in these current times.

As we’ve discussed, romantic comedies often offer the same elements in the end. Why not go against type and veer off into a different direction. Look at what 500 Days of Summer did. SPOILER ALERT… instead of the guy getting the girl in the end, he doesn’t.

But we were still left with some hope.

Overall, whether you love them or hate them, romantic comedies used to rule the box office. Audiences still treasure those now classic films. Perhaps it’s time that the genre return in full swing, rather than just an anomaly here and there. But it is up to the screenwriter to give both Hollywood and the audience a reason to flock back to the theaters for them. These five adjusted rules can be used as starting points to do just that.