Lady Ada Lovelace was a remarkable scientist of unparalleled charm and allure. Here's a list of nine reasons why she is pretty much the coolest historical figure ever. 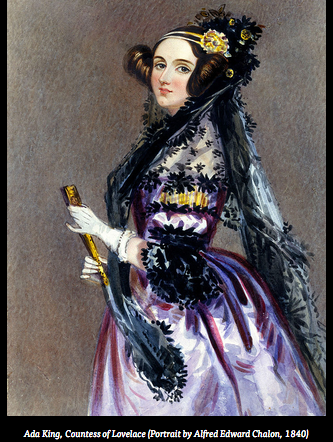 1. Ada is often considered to be the world's first computer programmer. In 1833, she met the brilliant British mathematician Charles Babbage with whom she became lifelong friends. Ada was highly intrigued with his idea for an "Analytical Engine" -- a mechanical calculating machine whose design predated the digital computer by over 100 years. In 1842, mathematician Louis Menebrea published a memoir describing the Analytical Engine, which would subsequently be translated from French to English by Ada for Babbage. In the article she included a set of original notes that explained a specific method for performing calculations, which is recognized today as the very first algorithm. 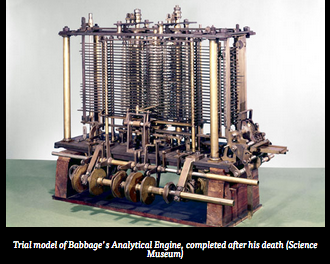 2. She was the daughter of the great English poet Lord Byron, a leading figure in the Romantic Movement and one of the most influential British poets. Due to his fame and over-the-top flamboyance, he is considered by some to be the first modern-style celebrity. His extravagant and debaucherous lifestyle would have served reality TV well. 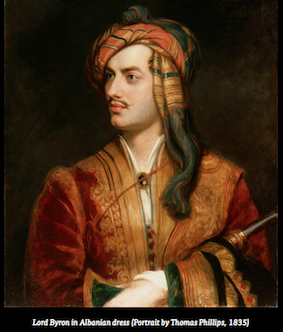 3. During her time she was known as "The Enchantress of Numbers" -- an endearing name given to her by Charles Babbage, which she surely earned. Ada considered herself a "metaphysician", and referred to her way of thinking as "poetical science", which involved describing mathematics using flowery metaphors and imagination.

4. Ada was one of the first minds to speculate about artificial intelligence. Although she recognized the extraordinary potential of computing, she was overtly pessimistic about the idea, saying:

The Analytical Engine has no pretensions whatever to originate anything. It can do whatever we know how to order it to perform.

5. Her notes revealed that she foresaw the potential for computer-generated music. Before falling sick she had written a letter to her mother saying that she was working on "certain productions" that explored relationships between music and mathematics. Even then she knew that the Analytical Engine could someday be used to compose complex and elaborate melodies to any degree.

6. Ada's mother who also possessed a fancy nickname -- the "Princess of Parallelograms" -- taught her math and science at a very young age. This was rare, as it was a time when women weren't supposed to be concerned with such matters. Oddly, this was done primarily as a preventative method for insanity, which she feared Ada might have inherited from her father, whom she loathed. 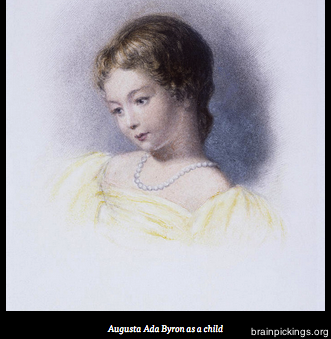 7. Ada had a widely known fascination with magical beliefs. Babbage gave her a second nickname -- "Lady Fairy" -- after she took up investigating how a human might be able to fly. She studied the anatomy of birds and experimented with different designs before writing an illustrated book called Flyology.

While describing some of her difficulties with mathematics she once said,

I am often reminded of certain sprites and fairies one reads of, who are at one's elbows in one shape now, and the next minute in a form most dissimilar.

8. During her twenties, Lady Lovelace developed a serious gambling problem. After failed attempts by her and a group of male friends to create a mathematical model for beating the odds at horse races, she grew deep into debt. It got so bad that she had to secretly pawn her husband's family jewels twice, only to have to buy them back later at a higher price.

9. It is a somber fact that, just like her father, Ada's life ended at the young age of 36. Her death was the result of uterine cancer combined with the bloodletting that the doctors attempted to treat it with. At her request, she was buried next to her famed father who she had never met, but with whom she had always felt a deep connection.

Lady Lovelace really was like someone right out of a storybook, and will always remain the queen of computing.