When Hillary Clinton lost Michigan in one of the greatest political upsets in American history, only 58% of Democrats reported feeling that she was honest and trustworthy. If the honesty test is any indication of Clinton's performance in Wisconsin, she may be looking at her 7th loss in the last 8 contests. Exit polls from the Wisconsin primary reveal that 59% of Democrats find Clinton honest. By contrast, an astounding 90% consider Bernie Sanders honest, which is 10% more than in Michigan. 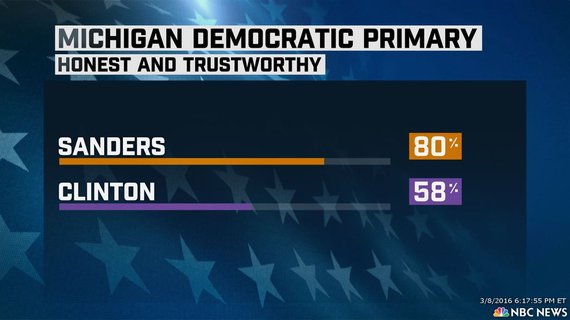