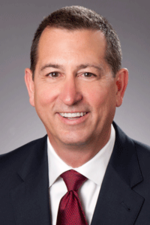 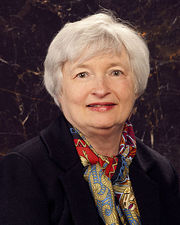 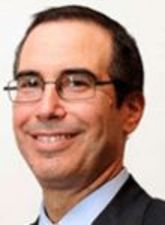 A coalition of California community groups and a local legal aid agency have come up with a novel way to hold a major LA area bank accountable for the devastation it has caused Southern California communities as a result of its risky and predatory practices.

The California Reinvestment Coalition (CRC) and Neighborhood Legal Services of Los Angeles County (NLSLA) have asked Janet Yellen -- chair of the Federal Reserve, the country's top bank regulator -- to halt a planned takeover of Pasadena-based OneWest Bank by the New Jersey-based CIT Group until these banks pay reparations for the damage they caused. CRC and NLSLA have suggested a price tag of $3 billion to create and preserve affordable housing in Los Angeles County.

Now, the two advocacy groups are saying, it is time for Yellen and other federal regulators to require banks to be public servants as well as private cash-cows. 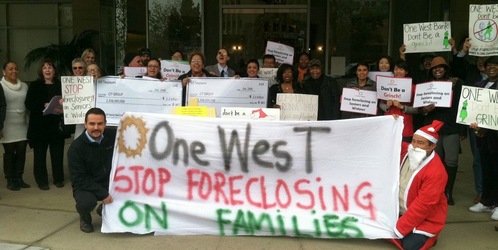 Their proposal is a real test for Yellen, who has often expressed her concern about rising income inequality and has also said that banks have a responsibility to communities as well as to their shareholders. If she accepts the advocacy groups' bold plan, she will be putting the entire banking industry on notice that she is serious about holding banks accountable for their past misdeeds and their future investments in low-income areas. (Thomas J. Curry, who heads the federal Office of the Comptroller of the Currency, also has to OK the merger).

Federal bank regulators can withhold their approval of mergers if banks have a track record of irresponsible practices or if the merger offers no clear public benefit. Under the Community Reinvestment Act, regulators have closely scrutinized some bank mergers after community groups marshalled evidence documenting their racial discrimination in lending practices or failure to address community credit needs. In an effort to establish that they can meet the credit needs of low income communities and address any prior wrongdoing, some banks are working with community groups to develop strong, transparent community benefit and reinvestment plans.

Last year, for example, Banc of California's acquisition of 20 Banco Popular branches was challenged by the California Reinvestment Coalition and its members before Banc of California agreed to a unprecedented Community Benefit's Agreement that commits the bank to invest in neglected communities, equivalent to 20 percent of the bank's deposits. Earlier this year, LA-based City National Bank, hoping to gain federal approval to merge with Royal Bank of Canada, negotiated with CRC an $11 billion commitment to invest in affordable housing and small businesses in minority and working class neighborhoods.

What's unprecedented is that the advocacy groups are linking their demands to the huge subsidies that the banks received from the federal government. In urging Yellen to withhold her support of the OneWest-CIT merger, the CRC and NLSLA are asking her not only to consider OneWest's reckless lending practices in minority communities but also to take into account the fact that both OneWest and CIT have received billions of dollars in government subsidies but have done little to help homeowners who are drowning in debt and facing foreclosure.

The story of OneWest Bank illustrates the federal government's dubious combination of regulatory indifference and corporate welfare in dealing with the banking industry.

In July 2008, Pasadena-based IndyMac Bank -- one of the nation's largest mortgage lenders -- went broke and was taken over by the Federal Deposit Insurance Corporation (FDIC). IndyMac was one of the first major lenders to collapse as a result of its portfolio of reckless loans. It specialized in high-risk variable-rate mortgages and loans that didn't require much documentation, including the income and credit history of borrowers.

To get the troubled IndyMac bank off its books, FDIC allowed a small group of wealthy private investors to buy the bank's $23.5 billion in loans and other assets for $13.9 billion, and rename it OneWest. To sweeten the deal, the federal government also provided $9 billion in financing and agreed to guarantee some of the bank's troubled assets. OneWest entered into a lucrative loss share agreement with the FDIC to cover losses from its portfolio of IndyMac loans. FDIC has already made $1 billion in payments to OneWest's billionaires and is on the hook for an estimated $1.4 billion still to come.

As part of the deal, OneWest agreed to modify mortgages of borrowers, many of them victims of IndyMac scams, so they could avoid foreclosure and stay in their homes.

In other words, OneWest billionaires purchased a foreclosure machine at a huge government-subsidized discount. Rather than slow down or even halt the machine, as they promised to do, they put their foot on the accelerator when it came to interacting with low income residents and minority communities.

OneWest's irresponsible practices of mistreating its customers weren't confined to California. In 2009, a New York judge called OneWest's behavior "harsh, repugnant, shocking and repulsive'' in trying to foreclose on a New York family. The judge branded the bank's conduct as "inequitable, unconscionable, vexatious and opprobrious.'' That same year, OneWest had the locks changed on the home of a Minneapolis woman in the middle of a blizzard after the company sent her a letter stating, according to the Star-Tribune, "You expressed concern that at the end of the redemption period ... you and your mother will be evicted from the property,... Rest assured, that will not take place due to the rescission of the foreclosure sale." 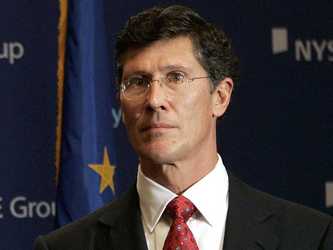 CIT Group is also a recipient of corporate welfare. Its principal activities involve business loans, but it also owns CIT Bank, a Salt Lake City-based lender that has no physical branches; it does much of its business online. During the 2008 financial crisis, CIT Group received $2.3 billion in taxpayer subsidies to help it recover from its financial troubles. But the next year, it declared bankruptcy, wiping out its obligation to pay the government back.

To make matters worse, CIT's $8.8 million-a-year CEO John Thain has bragged to his investors that the merger will allow CIT to take advantage of its prior losses to reduce or even eliminate its federal taxes.

If the federal regulators approve the OneWest-CIT merger, the combined company will be worth over $70 billion, making it one of the so-called "too big to fail" banks. It would enrich a small number of investors with a stake in the two banks. Under the proposed merger, Steven Mnuchin, now chairman of OneWest's parent company, would earn $4.5 million as vice chairman of the merged bank. Current OneWest CEO Joseph Otting, would make $4.5 million a year, along with $12.5 million in stock, as co-president of the new bank. In the sale to CIT, the investors who purchased OneWest in 2009 will make a return more than three times their initial investment, according to the Wall Street Journal.

Only 15 percent of OneWest's current branches are located in in low and moderate income census tracts -- half of the statewide average among its bank counterparts. In both 2012 and 2013 (the latest figures available) OneWest made absolutely no home purchase or home improvement loans to African Americans in the LA area. Most of OneWest's so-called "small business" loans are given to firms with over $1 million in revenues, leaving smaller businesses behind.

In short, this is a merger built on billions in subsidies for Wall Street and foreclosures for Main Street.

Given OneWest's troublesome track record, the advocacy groups understandably insist that OneWest and CIT make firm commitments to provide loans and open branches in greater LA's low income and minority areas before federal regulators give their merger a green light. But so far the banks have refused to do so.

Banks' predatory practices have exacerbated the LA area's severe shortage of affordable housing. As home prices plummeted, homeowners lost one-third of their total wealth. The losses were even greater in black and Latino areas, which were targeted for the most risky loans. Entire neighborhoods were devastated by foreclosures. Local governments lost much-needed property tax revenues but had to spend scarce budget dollars to deal with the consequences of vacant, boarded-up homes. Former homeowners were thrown into the rental market, where rents have been skyrocketing beyond what most families can afford.

Both OneWest and CIT Group have converted billions in public subsidies into a grotesque level of private gain. But LA's low-income communities are unlikely to see any benefits from the new bank.

The two banks have said that the new bank will spend $5 billion over the next few years in all of its service areas, but the advocacy groups point out that this doesn't target the areas hardest hit by OneWest's foreclosures, nor does it come close to matching what other, much smaller, banks have committed in community reinvestment activities.

The two advocacy groups want OneWest and CIT to pony up an additional $3 billion that will be targeted to the communities and consumers that the banks have long neglected or damaged with their predatory practices.

What they are asking Yellen to do is to balance private greed and public good. She should stop the OneWest-CIT merger until the banks make firm commitments to address the area's housing crisis.

Peter Dreier is professor of politics and chair of the Urban & Environmental Policy Department at Occidental College. This article first appeared in The American Prospect.