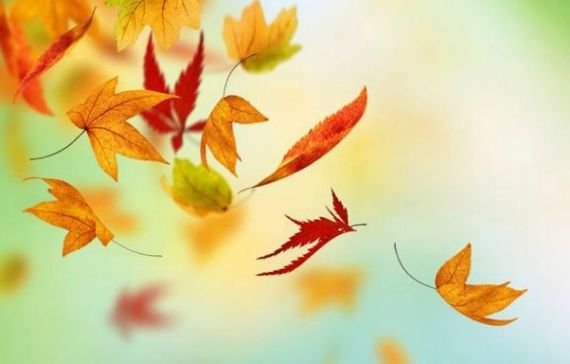 (NOTE: 'Confucianism' is a misnomer, replaced in this essay by 'Ruism,' which refers to the tradition whose most famous practitioner was Confucius. The word 'Ruist' is both an adjective and a noun, either describing something about the tradition or referring to a practitioner of the tradition. 'Ru', however, because of its compliance with the pinyin form of the Chinese character 儒, is a more professional term solely denoting a practitioner of Ruism.)

Ruism is frequently introduced as a tradition which is too this-worldly to care much about what happens after death. To a certain degree, this is true. Ruism teaches that there is no afterlife, no final judgement, no Paradise or Hell, and no reincarnation. When people are born, this is only a contractive form of the movement of the cosmic matter-energy called Qi (氣); when people die, this energy dissipates, and accordingly people's lives lose their agency. Accordingly, life and death is just one embodiment of the constantly contracting (yang) and dissipating (yin) natural processes of cosmic change. As a consequence, nothing is supernatural, nothing is uncanny.

However, this does not mean that Ruism does not have its own systematic view of death. Neither does it imply that a Ru cannot live a peaceful life up until his or her last moments. Let me relate some stories which will provide a glimpse of how a Ru dies:

When Wang Yang-ming turned 57, he retired from government because of disease. He went back to Nan-an, and one of his students, Zhou Ji, came to visit and then took care of him. One day Wang announced to his student: "I will pass away." Zhou wept and asked: "Do you have any last words?" Wang smiled: "Since this heart of mine is bright and luminous, why do I need to say anything?" (此心光明，亦復何言). After these words, Wang closed his eyes and died (From The Complete Works of Wang Yang-ming).

Wang Gen, a prominent student of Wang Yang-ming, died at the age of 58. It was said that before his death, there had been a light dimly shining throughout his sickroom at night. Because of this, Wang Gen murmured to himself: "Will I die?" In the next morning, when gathering his students and sons, Wang Gen was asked about how to arrange his funeral. Wang Gen told his sons: "Since you know how to study, what additional concerns could I have?" (汝知學，吾復何憂). Then Wang Gen told his students: "You have brothers such as my sons who know how to study, do I need to have any further concerns? After my death, you only need to continue doing good deeds. Human beings suffer from the departure of their beloved. However, as long as you friends can continually meet and learn from each other, your lives will be benefited, and your learning will advance." No other word was said. Wang Gen then closed his eyes and died. His tender and rosy complexion did not change until his internment (From The Collected Works of Wang Xin-zhai).

Luo Ru-fang, another prominent Neo-Ruist, died at the age of 73. On the first morning of September of that year, after Luo had washed his hands and face, and combed his hair, he walked out and sat in his appropriate position in the main room. He required his students and children to drink and toast one another, and after this, he cupped his hands and bowed to them: "Now I will leave." People asked him to stay for another day, and Luo agreed. At noon on September 2nd, Luo dressed up, sat down in the proper position, and died.（From The Collected Works of Wang Jin-xi）.

Although these events may have been recorded in a somewhat prettied-up way by the deceased's students, we can nevertheless discern the key message: a Ru can continue to live an extremely peaceful life even in the face of his own death. So, how can this be possible? In my view, each of these Ruist deaths is a good exemplar of Confucius' teaching: "If one hears the Dao in the morning, one can die at ease in the evening" (Analects, 4:8). In other words, if you know the truth of the Dao of Heaven (天道), as well as the truth of the Dao of Human Beings (人道), and furthermore, if you have tried to continually live out these truths in your everyday life, then at the end of your life, you will come to appreciate that you have in fact tried your very best to fulfill your most valuable potentiality: that of becoming fully human. At that point you can die without any regret, and at peace.

According to Ruism, the truth of the Dao of Heaven (天道) is that the entire universe is a constantly creative process called 'Tian' (天, Heaven). Tian creates a process of dynamic harmony, endowing energy and creativity to all creatures within Tian, in all places and at all times, by means of a method called 'wu-wei' (無為, effortless action). In this view, the movement of cosmic matter-energy is the manifestation of Tian's creativity. However, Tian's creation is neither anthropomorphic nor anthropocentric. For, natural disasters on this little blue planet can be considered 'disasters' only from a human perspective. From the perspective of Tian, a flood, as one of millions of processes within Tian, has its own beauty, a beauty which is not inferior to that of, for example, the human houses being destroyed. In the same way, from Tian's point of view, the HIV virus has a value which is not less lovable than that of the human bodies which have been infected by the virus. Therefore, the axiologically transcendent and non-anthropomorphic character of Tian entails that human beings have their own intrinsic needs and particular responsibilities for the manifestation of Tian's creation in their own human way. In a Ruist sense, this is called 'making great the way of Tian by making great the way of Humans' (以人道弘天道) (Analects 15:28). In concrete terms, it is an endless process leading to the realization of the conditions of dynamic harmony among all concerned cosmic beings, but based upon their particular diverse values measured primarily from a human perspective. For example, if floods bring disaster, let's build dams, and also, let's refrain from the excessive exploitation of forests whose loss leads to excessive flooding. This of course will not mean that we give up employing natural resources such as wood and coal used in maintaining human civilization. In this sense, the targeted harmony under human management is a humanistic and anthropo-cosmic harmony, which stands firmly upon the intrinsic needs, interests and values of humanity in general, but also of course maintains its distinctive cosmic extension.

If we examine the Dao which rendered Confucius willing to die in the evening after he had heard it in the morning, we will realize that there are, among all the world's religions, not one which emphasizes 'cultural immortality' more powerfully than Ruism. This is because, for Ruism, to be human is not only a fact; it is even more a value, which can and must be continually realized human generation after human generation. Thus, one's personal contribution to the continual flourishing of the entirety of human civilization against the cosmic backdrop of the constantly creative process of Tian, will become the ultimate criterion for giving an account to the meaning of an individual human life and for judging the value of a human person. The phrase, 'To live a meaningful and valuable human life, and then, to die but not (to culturally) decay' (生有價值，死而不朽), is a distinctly Ruist way of living in the shadow of one's own death.

In particular, the Ruist tradition extols three ways for achieving cultural immortality: to establish moral worth (立德), to establish good works (立功), and to establish good words(立言). 'To establish words' means to say the right words and writing good books. This is how intellectuals succeed in preventing their deaths from cultural decay. 'To establish works' means to help resolve impending issues for human society at large. For example, President Obama succeeded in rescuing the American economy from 'the Great Recession.' Obama's presidency will therefore, in my view, be remembered in a positive way by the American people. In contrast to words and works, 'moral worth' (de 德) is of utmost importance for human beings who are trying to avoid cultural decay at their death. De (德), usually translated by the word 'virtue,' is the practical moral influence or moral charisma of a virtuous, noble person (君子). A virtuous, noble person, by means of his or her well-cultivated deeds and words, sets a moral norm which will motivate other people to achieve the same Ruist moral ideal - the creation of the conditions for dynamic harmony - within different contexts. Among these three ways, establishing moral worth is foundational because, according to Ruism, without a solid moral underpinning, people's works and words are ultimately groundless. On the other hand, Ruism promotes the 'unity of knowledge and action' so, saying the right words without actually doing good deeds, must be considered of lesser value than doing good deeds on the basis of right knowledge. In this way, human beings need to try to achieve cultural immortality in this order: firstly, try to say the right words, then, try to do good works, and finally, try to embody moral worth.

According to the tradition, only two Ruists throughout the entirety of Chinese history have accomplished these three ways of cultural immortality: Confucius and Wang Yang-ming. They both wrote great books, formed their own schools consisting of thousands of students, served in high governmental positions and helped to resolve impending issues for their states and, what is most important, they never stopped learning and cultivating themselves so as to set great moral examples. And by doing so, they exerted a huge influence upon future generations. Understood in this way, it will be no surprise to hear that Wang Yang-ming and his followers could die such peaceful deaths. In the words of another prominent Neo-Ruist philosopher, Zhang Zai, the death-consciousness of these Ruists could be stated as: 'When I was alive, I was devoted to the mission of becoming fully human among humans; now that I am dying, I feel content with myself' (存吾順事，歿吾寧也).