Nobel Peace Laureates were to be gathering in South Africa in the second week of October as guests of our revered colleague and brother Archbishop Desmond Tutu and former President Frederik DeKlerk. The gathering, an annual event, to be held in Cape Town, was meant as a tribute to Madiba. The meeting didn't take place. I had already cancelled my participation as it clashed with my commitment to be in New York with the Timor-Leste Delegation to the UN General Assembly.

This is what I would have said at the Nobel Laureates meeting in Cape Town. 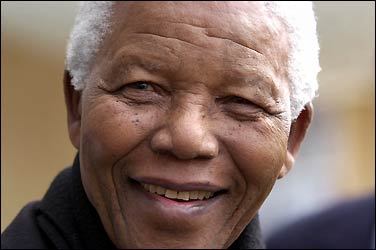 I first came to South Africa in 1995 after Mandela's release. I had never set foot in Apartheid South Africa.

The ANC had just resurfaced from decades of a harsh underground struggle and demands on them were overwhelming. But I met a still young ANC activist called Robert MacBride who seemed to have easy access to Madiba. I told him, "I am not leaving South Africa until I see Mandela. I can wait weeks, months, no problem."

I had originally been accompanied by three other colleagues; impatient from the waiting, two colleagues had given up, each leaving to their next destination. Only the indefatigable Roque Rodrigues resisted with me and stayed put in South Africa, not budging. Roque is the only Marxist we have left in Timor-Leste. Everyone else has transitioned to moderate socialism or to very profitable business deals.

As it turned out we didn't have to wait weeks or months. While waiting somewhere out of town at Robert MacBride's country home, a phone call came informing us that President Mandela would see us in two hours time. So we rushed back to Johannesburg in time to meet with that giant of humanity.

Arriving at Mandela's private mansion we were escorted upstairs and into Madiba's bedroom. There he was, Nelson Mandela, world's hero, stretched on his bed. He smiled broadly at me and said: "I heard you wanted to see me and would wait weeks, months if necessary. Well, I presume you have lots of work to do for your people. I didn't want you to wait around, wasting your time. So I decided to see you right away as soon as I got out of the hospital."

I wondered then how many, if any non-intimate family people have, had been invited into this very private room. And I was literally an unknown entity outside left-wing and some Church circles. And back then, I was a relatively unknown person except in activist circles.

But there was Mandela, his long slim, aged figure stretched on the bed, in the intimacy of his bedroom; he had been hospitalized for a knee surgery and had just been released.

We talked for quite a while. I briefed him about the situation in Timor-Leste and about our Resistance Leader Xanana Gusmao's imprisonment in Jakarta. As I knew Mandela was going to visit Indonesia soon, I pleaded with him to intercede with the Indonesian President to release Xanana from prison.

Occasionally some children, I presumed they were his grandchildren, would come running into the room and Madiba would caress their hair and face. We left only when his doctor told the president he had to rest.

I couldn't help noticing a black and white portrait of a woman on his bedside. It was a nice portrait of Graca Machel. There were rumors circulating at that time that Mandela was "dating" Graca Machel, widow of Mozambique's President, Samora M. Machel, killed 10 years earlier.

President Machel's executive jet crashed into the mountains as it approached Maputo. It was known to all that this was the work of white South Africa's intelligence service.

I met Mandela again a few months later. I was in Lisbon when a message reached me saying Mandela wanted to talk to me over the phone. I waited and 10 minutes later the phone rang again and it was Mandela himself.

He said: "When can you come to South Africa?" I answered: "Whenever Madiba tells me to come." He replied: "Tonight?"

I responded: "I will try. I have to book a flight." Madiba responded: "We have booked a flight for you. Just go to the airport." So I did and upon arriving I was taken again to see Mandela.

He had just returned from a State Visit to Indonesia and he wanted to brief me on his talks with the Indonesian leader. But what was most extraordinary was that Mandela asked his Indonesian host, President Suharto of Indonesia, to allow Xanana Gusmao to get out of prison for a meal and this request was granted. Xanana Gusmao was taken from his prison cell to the "Presidential Guest House" for a dinner meeting with Mandela!

This is my memory of Madiba. This is my tribute to him.