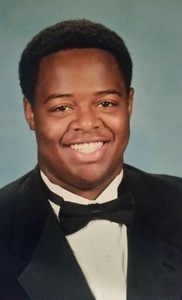 A right arm hung from a body after our linebacker picked up the opposing quarterback and slammed him on the turf. The kid's season ended with the nearly detached arm in front of my eyes. A year later, I rushed past an offensive lineman and dove for the quarterback. I missed. When I looked down, my mangled pinky finger barely hung on my hand. A trainer popped it back in, but I was done for the night. At least I had the rest of the season.

My finger still hurts, but not enough for me to abandon the sport. I am content playing football, not because of the brutal impact on my body, but largely since the game provides a level playing field where performance -- not race -- matters. Moreover, strong performance in football does not produce the remarks I confront for academic achievement, which are often blatantly couched in terms of race: "Now, here's a black kid who studies."

Football isn't a world free of problems. Yet, on game day, my school's black and gold are the only colors that produce team loyalty. If Trayvon Martin was on my team, he would have been safer on the field of broken fingers and arms than he was in the neighborhood where he met George Zimmerman. Moreover, if Martin confronted any brutality on the field, it would have been part of a play that had nothing to do with race.

A week after the not guilty verdict in the Trayvon Martin case, I was at a forum sponsored by Jack and Jill, an organization of black families. An elderly man yelled, "It was Trayvon Martin's fault for being killed. He shouldn't have been out at night wearing a hoodie." I was shocked, angry and offended. This man was actually a black father of a teenager. I guess it was his way of saying "pull your pants up." I stood and responded. "You are wrong," I said. "There is no way you can justify Zimmerman's actions or Trayvon's death."

After reflecting on the forum, I must admit it is only realistic to expect others to judge African-Americans based on prejudices tied to race and appearance. While the man's comment felt outrageous, he raised a valid point, whether I liked it or not. If Trayvon had been wearing a suit, would his appearance have been enough to disarm some of Zimmerman's racism, saving Martin's life? This question is painful and disheartening, but real.

Unfortunately, I will probably spend my whole life disproving the stereotypes inside the minds of others. I will be forced to carry myself in a clean cut way that does not promote any triggers of black male stereotypes. In doing so, I will continue to be praised as an exception with compliments that don't feel like real compliments. Achievements of mine are so often now called remarkable because I am black. This further inspires my appreciation of football where my abilities never wear a racial stain.

On the field, the roughness of the meritocracy inherent in the game compels players to think as a team regardless of race. The tough game provides a field where 22 players find equal opportunities to perform once they are in the game. However, I refuse to rest my laurels on football and allow centuries-old stereotypes to dictate my fate. Part of my life's mission is to destroy barriers that confine blacks to narrow opportunities.

Coming home from a big win recently, my teammates were too happy to remain quiet. We sang, rapped, and made fun of each other and the coaches in jest. It didn't matter whether you could sing or rap and, as usual, we were a team of only two colors--black and gold. I hope to create avenues where this kind of moment--so unburdened by race-- is the norm. If only I could bottle that spirit on the bus and spread it worldwide.

Conner Chapman, a graduate of Long Island's St Anthony's High School, will be a freshman at the University of Chicago in the fall.