Aly Raisman understands. Better than most, the U.S. gymnast should comprehend how Catalina Ponor feels after losing out on an Olympic medal in the women's balance beam final due to a tiebreak rule. Earlier during the London Olympics, Raisman lost out on a bronze medal in the individual all-around final in similar fashion.

In the balance beam final, the 18-year-old Raisman was on the right side of the rulebook and won the individual medal that had eluded her thus far in London. Adding further drama to the event's conclusion, Raisman needed her score raised after an official inquiry just to bring the tiebreak rule into play.

Raisman's U.S. teammate Gabby Douglas will have to settle for just two gold medals in London after falling off the beam during her attempt.

Linlin Deng of China won the gold medal with a score of 15.600. Her teammate Lu Sui won silver with a 15.500 mark. After Raisman's initial score of 14.933 was delivered, it seemed the bronze would go to Ponor of Romania. But a U.S. inquiry into the scoring led to an improvement in Raisman's overall score, lifting her level with Ponor at 15.066. Due to a higher execution score, Raisman captured the bronze.

Six of the eight competitors in the beam final had already won a medal at the London Olympics before this event, with Douglas and Victoria Komova of Russia leading the way with two apiece. Komova was a member of the Russian squad that took silver in the team final and finished behind Douglas in the individual all-around final. Raisman nearly had two medals to her credit as well before the beam but lost out on the individual all-around bronze on a tiebreaker.

Douglas, the 16-year-old U.S. gymnast who has emerged as one of the stars of the London Games, returned to the spotlight just one day after finishing last in the uneven bars final. After that performance, Douglas conceded that the non-stop action in London was beginning to take its toll.

"I made a little mistake and I paid for it," said Douglas after the uneven bars, via Will Graves of The Associated Press. "You get toward the end of the Olympics and you get kind of drained." 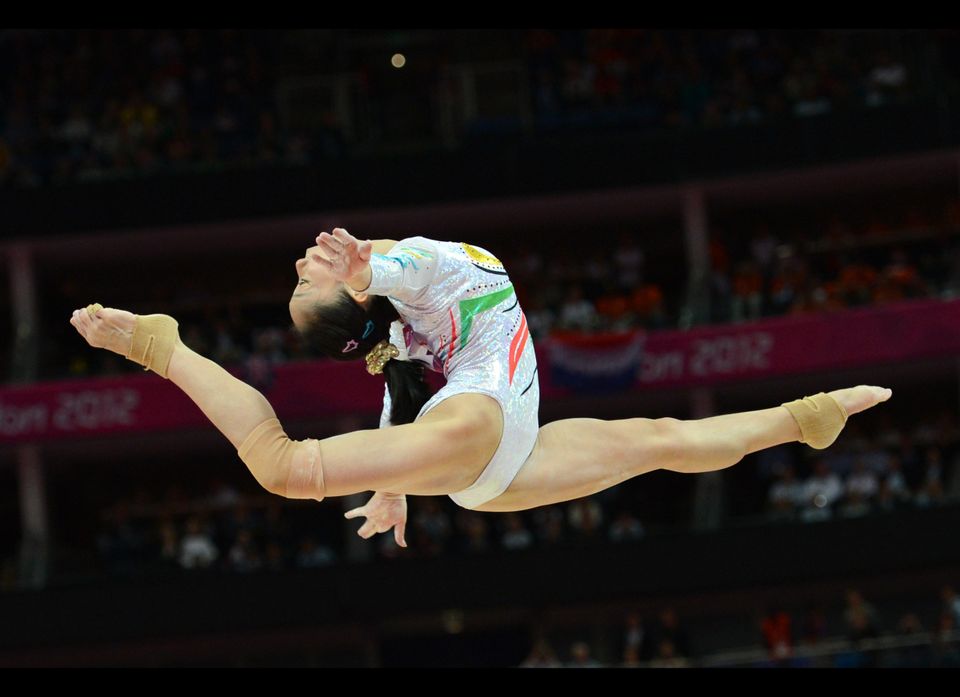 1 / 30
Deng Linlin
China's gymnast Deng Linlin performs during the women' s beam final of the artistic gymnastics event of the London Olympic Games on August 7, 2012 at the 02 North Greenwich Arena in London.
Getty