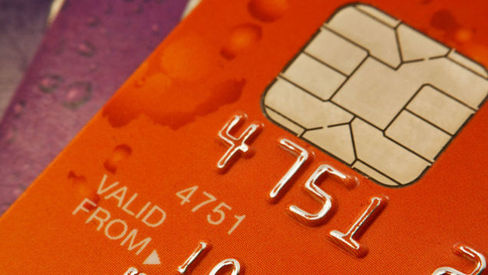 As the October 2015 deadline quickly approaches for the shift from magnetic strip cards to the new chip-enabled cards, there is some confusion about how the transition will affect consumers. The biggest question seems to be if chip-enabled credit cards will be accepted the same as EMV (Europay, MasterCard, Visa) cards when traveling abroad.

What most of the population fails to realize is that there are two different types of verification methods for chip-enabled cards. When a chip-enabled card is issued, it will either use a personal identification number (PIN) or a signature as the verification method. Chip-and-PIN card transactions are authorized when the cardholder enters their PIN, just like with debit cards. Chip-and-signature card transactions are authorized when the cardholder signs for the purchase, just like traditional credit cards. Both of these will play a part in America's transition to chip-enabled credit cards.

Baby Steps for a Smooth Transition

Chip-enabled credit cards that have already been issued in the U.S. are mostly chip-and-signature cards with a magnetic strip still on the back of the card. Since the U.S. is making such a major transition, affecting many different parties in the payments industry, banks believe this will make the transition as smooth as possible for American consumers. Although it may be easier to continue using signatures for verification, there are some that believe this strategy has some serious drawbacks.

Robert Siciliano, a personal security and identity theft expert, believes chip-and-PIN technology used in Europe is superior to the chip-and-signature version because signatures can easily be forged and data thieves can still intercept a card before the transaction has been completed. This problem is similar to what we're currently dealing with in magnetic stripe cards, and practically negates the purpose of the expensive transition. Siciliano believes the investment on the new chip-and-signature cards will not offset the cost due to weaknesses in signature-based technology.

Siciliano also thinks additional steps are needed to ensure the person holding the card is the true account owner. He suggests implementing new technologies like geo-location systems and voice biometrics; however, the problem is that both would require additional steps, would include multiple technologies for verification, and would be too costly. The probability of U.S. banks implementing these additional changes is unlikely, especially since the implementation is just 6 months away.

Chip-and-PIN cards are prevalent in Canada, Europe, Africa, The Middle East, and many other places around the globe. As a comparison, in 2014 96.6% of transactions in European (zone 1) countries were from EMV-capable credit cards; however in the U.S., it was just 0.12%.

Chip-and-PIN cards are more secure because each transaction has a unique transaction code that can't be used more than once. For example, a lost or stolen EMV card would be useless to a criminal because they would be unable to duplicate the card. In fact, the high rate of fraud was one of the top reasons certain markets transitioned to EMV cards years ago. This was not a major concern for the U.S., which is why we're now so far behind in credit card technology.

Consumers who travel abroad should verify with their bank that their credit card is chip-and-PIN enabled prior to visiting one of these countries. American travelers could face potential problems when trying to use their chip-and-signature card in a foreign country, especially at un-manned kiosks or POS (point-of-sale) terminals that only accept chip-and-PIN cards, which are "dipped" into a card reading machine.

Although chip-and-signature cards are the most issued chip-enabled cards in America at this time, some banks have already begun issuing chip-and-PIN cards. A few of these issuers include Bank of America, Citibank, USAA, Wells Fargo, Charles Schwab, PenFed, Barclaycard, and more.

Americans should not expect to see an absence of stories covering fraud and stolen credit card information for two reasons: those who essentially receive a chip-and-signature card won't have the same chip-and-PIN security, and historical trends show a spike in credit card fraud when countries initially made the transition. Fraud may decrease for POS transactions once chip-and-PIN is universal in the United States, but as Brian Krebs has pointed out, we can certainly expect fraud to increase for card-absent purchases, such as online.