The largest scientific research station in Antarctica, the United States' McMurdo Station, will experience 17 hours of daylight today. Meanwhile a scientific disaster of unprecedented proportions is unfolding due to fallout from the U.S. government shutdown. But with communication networks essentially severed, even the scientists involved find themselves in the dark, struggling to comprehend the magnitude of what is happening.

Hubert Staudigel, a senior researcher at Scripps Institution of Oceanography who has spent five seasons in Antarctica, explains the basic situation: "Antarctic researchers and McMurdo station are being instructed to shift operations into 'caretaker' mode. Effectively, this means that science is stopped, because McMurdo goes into 'winter-over' mode, just keeping the station alive."

As a consequence, an entire season of Antarctic research will be lost. Because of the harsh weather, "we have to cram all our science into three months of the year," Staudigel says. And due to the extremely complicated logistics of working in Antarctica, it will be difficult or impossible to meet the deadlines for this year's research season, no matter how soon the shutdown is resolved. "You can get everybody home in two weeks," Staudigel tells me, "but then you can't just get started again."

Scientists I spoke to are estimating thousands of researchers in the U.S. and thousands more abroad will be directly impacted. But with program managers and other key players unavailable, it's impossible to be more precise. "Everybody who you would contact as a reporter is furloughed," Staudigel says.

"This is a much, much bigger science story than anybody realizes," Henry Kaiser says. As a scientific diver in the U.S. Antarctic program, Kaiser has spent ten seasons in Antarctica, and is well connected within the community of Antarctic researchers. He was also the producer and underwater cameraman for Werner Herzog's Antarctic documentary, Encounters at the End of the World. But over the past few days, he says, "I keep finding out more and more people who are affected and potential scientific losses I didn't know about."

Ecosystem research is just one example. The Weddell seal is the southernmost mammal living on the planet. Since the seals are near the top of the food chain, their numbers reflect the health of an entire ecosystem, Staudigel explains. Seal populations are carefully monitored by scientists. "Every time a pup is born," he says, "that pup is tagged. Now you know who the mother is, and you have a whole family history." 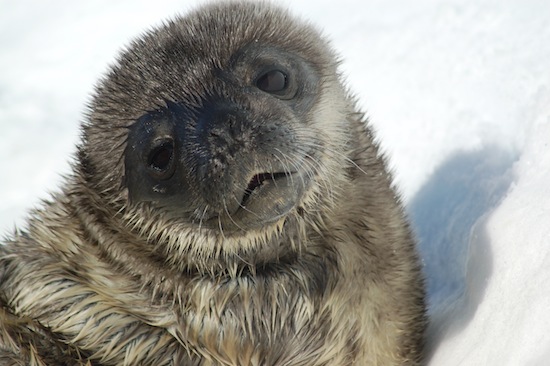 On account of the shutdown, seal pups will not be tagged this year. This means that the entire family tree that scientists have been building for years will be severed. "Once it's lost," Staudigel says, "you'll never be able to get it back."

Studies of ice melt along Antarctica's coastline are another example. "If we lose Antarctic ice faster than we think," Staudigel tells me, "we can just double sea level rise predictions." These studies are crucial not just for the state of one ice-locked continent. "Antarctica is the best place to study the rest of the world," Kaiser says, "and it is also one of the best places to look into space and study the rest of the universe."

It's also an otherworldly environment that holds many mysteries in its own right. A few years ago, Scripps glaciologist Helen Amanda Fricker reported on a bizarre phenomenon, a lake half a mile beneath the ice and large enough to cover a city. This discovery led to a $10 million multi-investigator project to study the lake in more detail. As a result of the shutdown, instruments deployed during the previous years of fieldwork may now be lost, buried under next winter's snow. As her graduate student Matt Siegfried puts it, "to capture the exact signal we were hoping for, and then to needlessly lose it, would be a tragedy."

Long-term experiments are in jeopardy. "There are essential climate studies, essential ocean studies going on down there," Kaiser says. "These are multi-year studies, so if you lose a year, that's it, the study could be over." Scientists spend years planning such experiments, and count on that data for their careers and those of their students. Without that data, says Kaiser, "there's no question we're going to lose people from the field."

The seal data and sub-glacial lake data are just two examples of a complex web of interrelated scientific programs that are now thrown into chaos. But because the scientists work in many different fields, it's difficult for researchers in any one field to have a full picture of the shutdown impacts. "We know each other tangentially because we sit on a plane together" on the way to Antarctica, Staudigel says, but it is the program managers who link the community together. Due to the shutdown, it's illegal for them to even speak on the phone unless it's a matter of protecting life or government property. 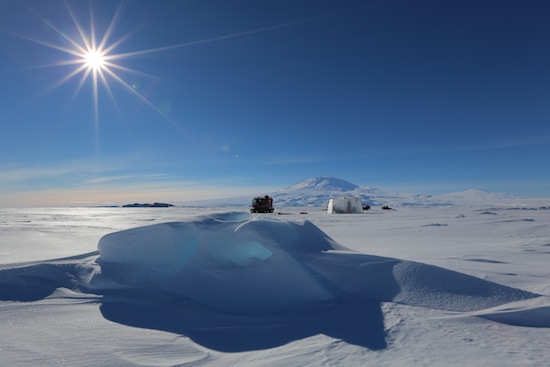 And because Antarctic research capacity is limited, if a program is delayed by a year, this will crowd out planned activities for the following year. "It is not just something that bothers us this year," Staudigel says, "it has a ripple effect with impacts many years into the future."

The Antarctic research community is in turmoil. "Complete confusion," Fricker told me. Scientists are frustrated with what they see as a senseless catastrophe. "For a country of our wealth to be so petty about fundamental issues is really frustrating," Staudigel says. But he remains optimistic for the long term. "People will realize that we do need the government for certain things," he says. "We will weather this storm. I can't believe that what is going on right now will continue."