Pottery shards unearthed recently at an archaeological dig in the city's downtown area suggest the presence of an ancient Egyptian brewery where the locals quaffed some cold ones back in the Bronze Age. 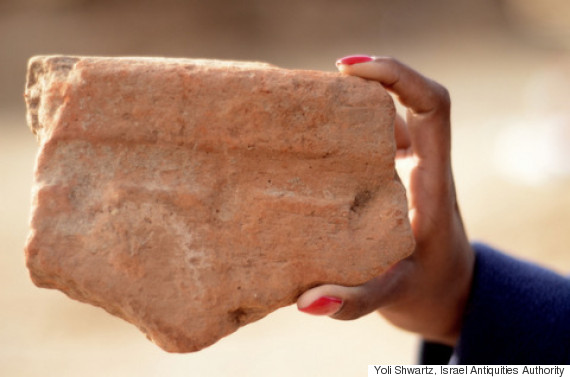 A fragment of a basin that ancient Egyptians used to produce beer. 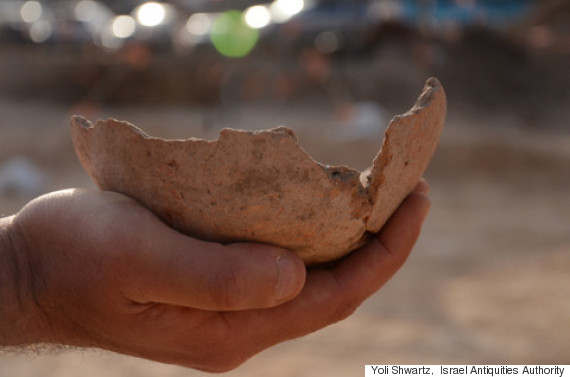 “Already thousands of years ago Tel Aviv was the city that never sleeps!” Diego Barkan, the Israel Antiquities Authority archaeologist who was directing the excavation, said in a written statement.

An unexpected find. Conducting a so-called "salvage excavation" before the construction of new office buildings, Barkan and his team found 17 pits believed to have been used to store produce around 3500-3000 B.C. Inside the pits, they discovered a 6,000-year-old dagger and flint tools, along with animal bones and hundreds of pottery shards dating back 5,000 years.

Some of the fragments -- including pieces of large basins -- contained straw and other materials that were consistent not with local pottery but with the ancient Egyptian pottery-making tradition.

A boozy staple. The finds suggest that the basins were used to brew a barley-and-fruit-based beer known to have been popular with ancient Egyptians of all ages. And that has the archaeologists rethinking conventional wisdom about the area's history.

"On the basis of previously conducted excavations in the region, we knew there is an Early Bronze Age site here, but this excavation is the first evidence we have of an Egyptian occupation in the center of Tel Aviv at that time," Barkin said in the statement. "This is also the northernmost evidence we have of an Egyptian presence in the Early Bronze Age."

Archaeologists are calling for additional research to determine whether the vessels were brought from Egypt or crafted by Egyptians living in Tel Aviv, according to the History Channel website.

Previous excavations suggested Egyptians were brewing beer in the Nile Delta region as early as the mid-fourth millennium B.C., according to AFP.