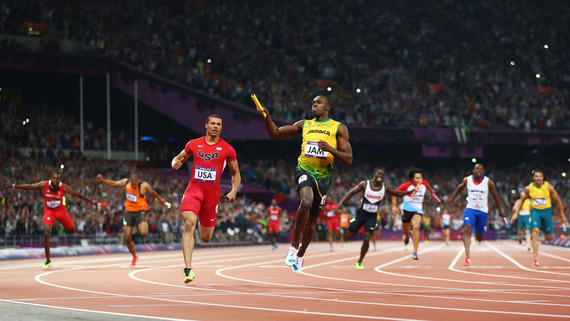 Image Source
The Olympic Games, or simply the Olympics, is the world's most respected and leading sports event. Yet, in spite of its esteemed stature, it is often the target of unwarranted criticisms and allegations of corruption. True or baseless, individuals, groups, sometimes even countries have their own motives for besmirching the image of this century-old movement.

The 2002 Olympic Winter Games in Salt Lake City, Utah stood out not only for being one of the most successful Winter Olympics business-wise, but also for the notoriety it gained following the bidding that allegedly favoured the city. It was revealed that the city's bid committee had paid for the travel and accommodations of IOC members to visit Salt Lake City. It also authorized scholarships and free healthcare for their friends and family. These actions of the winning bidder implied that the city won because of the favours it handed out to the Olympic committee. Utah's bidding-related expenses reached over $16 million. An investigation resulted in the discharge of 10 members of the International Olympic Committee (IOC) and punitive measures for 10 more, the first in the organization's long existence. Separate probes were done by the United States Olympic Committee and the Federal Bureau of Investigation (FBI.) It also led to reforms in IOC rules and in the bidding process.

That incident opened a Pandora's Box of sorts, setting into motion meticulous scrutiny into past bids. For the 1998 Winter Olympics held in Nagano, Japan, it was learned that visiting members travelled first-class, were billeted in posh hotels and entertained by geishas. But Japanese officials say that is Japan's way of doing things. Invited individuals, whether they are IOC members or government officials, are treated with utmost hospitality. Geishas are not prostitutes but traditional women who entertain through song, dance, and conversation. For the 1996 Olympic bidding, the Melbourne Symphony Orchestra was requested by the city's bidding committee to hold a special concert so that the daughter of a South Korean OIC member could play. Such a minor act was still deemed bribery, even if Melbourne failed in its bid attempt.

Olympic events are held every four years, with the summer and winter Olympics alternating so that games are played every two years. Winning a bid and hosting the games adds to a country's or city's international prestige, figuratively puts it on the world map and boosts its economy, so that bidders pull out all the stops to ensure a successful proposal. Visits by IOC members to cities that participate in the biddings are customary. Site inspections are done to assess the viability of the venue and the ongoing preparations that the winning bidder has done. It is but natural for a host city or region to give token gifts and a warm welcome to these visitors. The inappropriateness of such actions is subjective, defined by culture and tradition. In countries where these are not customary, it would be seen as bribery but in other countries steeped in tradition, it is but natural and veering away from such practices smacks of rudeness.

The recent inquiry into the Rio de Janeiro and Tokyo Olympic bid teams conducted by the French police is a clear example of speculation and a fishing expedition. Rio was awarded the bid to host the 2016 Olympics in 2009 and Tokyo, which won the 2020 Olympics over Madrid and Istanbul, got the award in 2013. Here is how it started:

The French authorities have an ongoing investigation into the doping cover-ups of Russian athletes by the International Association of Athletics Federations (IAAF.) The cover-ups were orchestrated by Lamine Diack, the federation's president from 1999 until he was forced to resign in 2015 and his son, Papa Massata Diack, formerly a marketing consultant of the IAAF. The elder Diack is accused of receiving more than one million Euros in exchange for covering up the drug tests that show positive doping in the Russians' blood tests. In the course of the police investigation, based on a report made by Dick Pound for the World Anti-Doping Agency (WADA,) they found a footnote that referred to over $1.5 million paid to a Black Tidings account in a bank in Singapore. The payment came from a Japanese sponsor that had a contract with the IAAF. Fertile minds have implied that Diack who was then connected to both the IAAF and IOC shifted his support to Japan instead of Istanbul because of the money. But this popular city in Turkey, which lost to Japan in the Olympics bid by 60 to 35 votes, does not think so. The organizers of the Rio Olympics, also under suspicion of bribery to win the 2016 events, belied the French police's suspicions, with its spokesperson saying Rio beat Madrid votes by 66 - 32, a wide margin that gave it a clear victory.

London spent almost $27 million when they bid and won the 2012 events and Beijing just as much for the 2008 games. Why pick on Tokyo's measly sum of less than $2 million? And Diack is only one person. Could he have influenced the others in this 90 plus-member committee? The Olympics post-Salt Lake City is proud that it has regained its integrity and the trust of the people after a total reforms overhaul following the 1999 scandal. Thomas Bach, IOC president, has said that rules are in place to fight against corruption and the IOC will pursue any indication of wrongdoing.

The Olympics remains one of the world's most anticipated events. Players that take part in its sports go through a rigorous process of admission and being an Olympic player is an honour all athletes aspire for. If there is no clear evidence of misconduct, why are there groups vilifying the IOC in the guise of eradicating corruption by uncovering non-existent shenanigans? Shouldn't we all leave well enough alone and let the Olympics be, to inspire the youth and instil in them a passion for excellence?