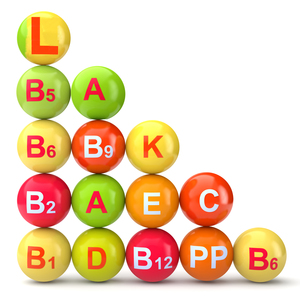 Sadly, illnesses caused by low or absent levels of essential nutrients, minerals and vitamin are pervasive in the world in which we live. Such deficiencies more negatively impact children than adults, as a child's future physiological and neurological health requires a steady stream of what their body and brains need most. Anemia, tooth decay and Rickets are just a few of the medical problems connected to childhood mineral and vitamin deficiency. To illustrate this dilemma, anemia, which is caused by an iron deficiency, impacts two billion people worldwide, while 70% of American children aren't getting enough vitamin D (CNN 2015).

Vitamin L -- Vitamin Love
An "emotional vitamin" is a metaphor for interpersonal and emotional "sustenance" that is given to children by their parents in order to promote healthy psychological and social development. The most important of all the metaphorical emotional vitamins is "vitamin L" or "vitamin love." Just like actual vitamins, say C or D, vitamin love is critically important to a child's developmental needs. Or, in other words, if parents or caretakers do not provide sufficient, consistent and predictable levels of emotional nurturing, mental health problems in adulthood will surely occur. There is no way around this stark but important fact.

On a global basis, vitamin L deficiency is as real and pervasive as other serious real vitamin deficiencies. As with complications from iron or a vitamin D deficiency, vitamin L deficiency manifests itself in adulthood when it is too late to correct the problem. Rickets, for example, if untreated in childhood, will result in permanent bone or skeletal malformation. Similarly, when vitamin L is lacking or absent in childhood, harmful psychological, social and even physiological consequences are likely to occur, some of which may be difficult to treat in adulthood. According to my book, "The Human Magnet Syndrome" (2013), when unconditional love/nurturing is absent in infancy and early childhood, adult mental health and interpersonal disorders will probably occur, i.e., codependency and pathological narcissism (Rosenberg, 2013).

A glaring example of a vitamin L deficiency was observed in Romanian children who were raised in stark and emotionally depriving orphanages. According to numerous studies (Tottenham, 2013), many Romanian orphans suffered adult brain dysfunction and mental health disorders due to a lack of nurturing, attention and stimulation in the infant and toddler years. The dire consequences of such deprivation included neurological or brain dysfunction, a dramatic reduction in brain size and language, intellectual and cognitive impairment. In addition, higher incidents of conduct disorder and Antisocial Personality Disorder were also demonstrated.

Erik Erikson Knew about Vitamin L Deficiency
Erik Erikson, a world renowned developmental psychologist and personality theorist, created a psychological and social (psychosocial) developmental theory that was based upon eight distinct developmental stages, each with two possible outcomes -- success or failure. He theorized that if a child was to mature into a psychologically healthy adult, they would have to been cared for and emotionally nurtured in a manner that facilitated an active and passive completion of each stage.

Healthy parent-child attachment is absolutely essential for successful completion of the first five of Erikson's stages. Without it, the child will remain frozen in a specific stage, which will deprive them of the skill development necessary to proceed with the following psychosocial stages. Erikson and the legions of followers of his theory maintain that children who are frozen within a stage are psychosocially underdeveloped in adulthood. In other words, these children will likely develop mental health and interpersonal problems in adulthood. Vitamin L is, therefore, the key developmental constituent that facilitates healthy childhood psychosocial development.

A little like the unfolding of a rose bud, each petal opens up at a certain time, in a certain order, which nature, through its genetics, has determined. If we interfere in the natural order of development by pulling a petal forward prematurely or out of order, we ruin the development of the entire flower. (G. Boeree, 2006)

Vitamin L Deficiency and Attachment Trauma
Vitamin L Deficiency Disorder is a metaphorical disorder caused by a lack of emotional, physical and environmental nurturing during critical developmental stages of childhood, especially during the first four years of life. Because of the fragile nature of an infant's/child's rapidly developing brain, any developmental disruption or harm to it will result in a lifelong template for pathological thoughts, feelings, behavior and/or a variety of mental health disorders.

There is no doubt that Vitamin L and parent-child attachment are intricately connected -- both are necessary for adult mental and relational health.

"Attachment, the emotional bond formed between an infant and its primary caretaker, profoundly influences both the structure and function of the developing infant's brain. Failed attachment, whether caused by abuse, neglect or emotional unavailability on the part of the caretaker, can negatively impact brain structure and function, causing developmental or relational trauma. Early-life trauma affects future self-esteem, social awareness, ability to learn and physical health (Trauma, Attachment, and Stress Disorders, 2015)."

Sustained neglect, deprivation or abuse of a child by a pathologically narcissistic caregiver detrimentally affects the parent-child attachment process. In other words, Vitamin L Deficiency Disorder or attachment trauma is caused by the lack of or impaired attachment between a child and his parents. Such trauma is often perpetrated unconsciously and reflexively by a pathologically narcissistic parent (Rosenberg, 2013). These parents are often oblivious to the harm they caused because of a lack of insight and empathy for others, especially for their children. Moreover, they often parent their child in the same manner in which they were raised by their own narcissistic parent. Just as Erik Erikson theorized, such trauma (developmental breakdown) sets the child up for adult mental health and relational problems.

Attachment trauma and vitamin L deficiency is difficult to identify in adulthood as it is the basis for adult personal and relational problems, not the actual problem. Because some forms of maltreatment or neglect do not always result in vitamin love deficiency or attachment trauma, it is necessary to consider the amorphous nature of the problem. Although neglect, deprivation and/or abuse sets the stage for attachment trauma, such maltreatment doesn't always cause it. A child's unique personality type, psychological strengths or weakness, level of resiliency and other biological and personality attributes will either deepen or mitigate (buffer) the effects of attachment trauma.

Only with an understanding of Vitamin L Deficiency Disorder can one proceed with the appropriate treatment of it. It is this author's opinion that vitamin love deficiency can be successfully treated with trauma-based psychotherapy treatment strategies.

The following are 10 recommendations to solve or heal Vitamin L Deficiency:

Ten Steps to Reverse Vitamin L Deficiency
1. Seek psychotherapy that can address and resolve attachment trauma.
2. Seek help with your codependency or narcissism, which is a secondary effect of of the deeper attachment trauma wounds.
3. Create clear boundaries and expectations with those who seek to deprive you of vitamin L.
4. When possible, eliminate or pull back from relationships that do not have vitamin L reciprocity.
5. Create support systems when disengaging or setting boundaries with those who won't give you vitamin L
6. Get daily doses of Vitamin L by surrounding yourself with loved ones who take part in empowering, affirming and personally connective relationships.
7. Seek healthy relationships where there is a fair distribution of love, respect and caring
8. Seek support and guidance though 12-Step groups, namely Codependency Anonymous (CODA) or Adult Children of Alcoholics (ACA).
9. Prepare for pathological levels of loneliness, a major withdrawal symptom of codependency (Rosenberg, 2015).
10. Stop the generational pattern of Vitamin L Deficiency Disorder. Love, respect and care for your child in a way that your parents did not do for you.