Three years ago, my dad died unexpectedly at the age of 51. There's no good time to lose a parent -- especially one to whom you are especially close -- but the fact that his death was a few days before Father's Day and I hadn't had a chance to say goodbye made the blow feel especially cruel.

I miss my dad every day, but certain days, like birthdays and holidays, are even tougher. Anticipating that Father's Day the year after his death would be one of the more difficult days, I wrote an article celebrating the lessons my dad taught me. I tried to highlight his influence on my company, ZinePak, and how his guidance laid the groundwork for our success. 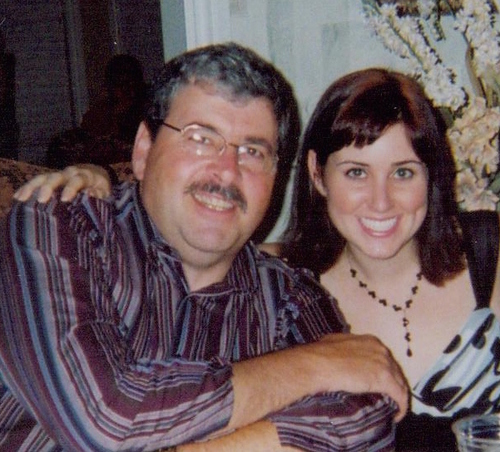 Although I hoped the tips in the article could serve as a roadmap to other entrepreneurs and business leaders, my real motivation was more selfish. I wanted to channel my sadness into something positive to share on the day I was dreading.

The article didn't go viral, (in fact, it's been viewed fewer than 2,500 times as I write this), but the feedback I received from those who read was as overwhelming as if it had. Business associates told me they were inspired to become better role models for their own daughters. Friends remarked they were envious that their relationships with their fathers weren't as close as mine had been. Strangers said my dad sounded like an amazing man whom they wished they'd had the chance to know.

In a beautiful testament to the power of the Internet, it was a perfect stranger from halfway across the world whose reaction was the most touching. Debasmita Dasgupta, an Indian artist living in Singapore, found my post while searching the Internet for inspiring stories about fathers and daughters -- something she does rather frequently -- and was inspired to create this stunning original illustration based on my words. 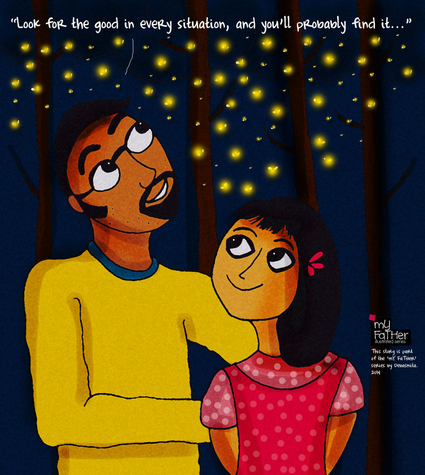 I awoke one winter morning to find an email in my company's general inbox from Dasgupta. Her message explained that she was an artist with an initiative "dedicated to all fathers who stand as the pillars of support for their daughters." She wrote, "I am always hunting for inspiring stories. I have dedicated my latest illustration to you and your father."

I was stunned by the beautiful, unexpected gift, and anxious to learn more about its creator. A visit to Dasgupta's "mY FaTHer Illustrations" Facebook page showed that she has created more than 120 unique illustrations, each inspired by a loving father. The stories span more than 35 countries, showing the universality and also the cultural differences across the globe that exist in relationships between fathers and daughters.

Dasgupta's incredible illustration, which perfectly captured my father's spirit and likeness although she had never seen a photo of him, ignited my curiosity. She graciously agreed to speak over Skype, where she explained more about her mission and her distinctive art and pointed subject matter.

"There are enough people talking about challenges and negative stereotypes and relationships," Dasgupta says. "I've found that if you create one positive story, it can multiply and inspire many more positive stories. That is my goal with mY FaTHer Illustrations. Instead of focusing on the negative, let's share the positive and show how impactful it can be."

Most illustrations, like the one Dasgupta created for me, are based on true stories. The image below tells the tale of a rural Indian farmer who sold his land so his daughter could pursue a degree in microbiology. 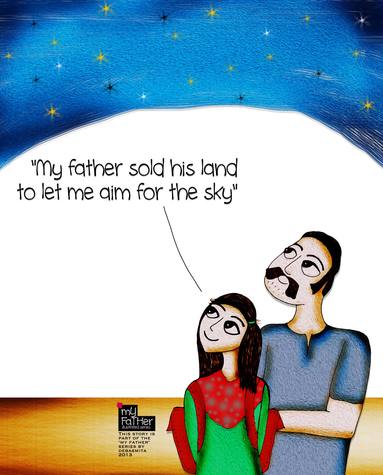 Other images are created by Dasgupta to illustrate important human rights issues across the globe. The one below, a commentary on Iraq's proposed Jaafari Law, allowing for the marriage of girls as young as nine, is a composite that Dasgupta describes as "the sentiment that must be shared by many Iraqi fathers who will not stand for their daughters becoming child brides."

The common themes throughout Dasgupta's illustrations are love, strength, and mutual admiration. "What I've found about successful father-daughter relationships around the world is that they are all built on mutual admiration," Dasgupta says. "It isn't a one-way contribution. Through setting a positive example for his daughter, the father in turn becomes a stronger person. And while the daughter depends on her father for strength, the father is also strengthened by his daughter's love, respect and admiration." 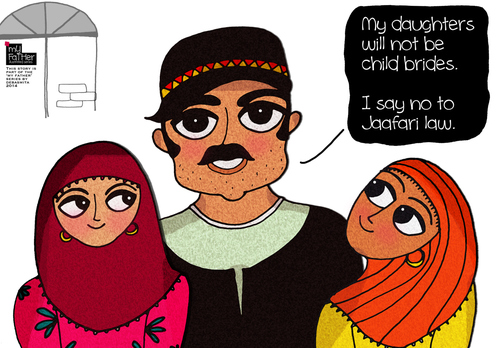 Dasgupta knows this "mutual admiration" firsthand from her relationship with her own father, Pradip Dasgupta. She speaks fondly of her father's influence on her own life growing up in Calcutta, India, where her father encouraged her to question the status quo and go after any dream she dared to chase, regardless of what traditional laws told her was acceptable for a young woman. "My father is the light of my life," Dasgupta says. Her joy comes from sharing stories that mirror the closeness she and her dad share.

Since originally sharing the illustration with me 18 months ago, Dasgupta's art project has grown exponentially. In November 2014, four of her original drawings were on display at the OrienTellers exhibition by the Fondazione Roma and the International University of Languages & Media (IULM) in Rome. 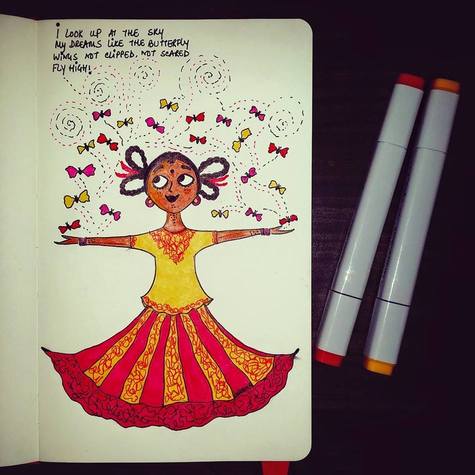 In June 2015, she was accepted as a Creative Community Fellow under National Arts Strategies, a program supported by The Kresge Foundation, University of Pennsylvania, ArtPlace America and RocketHub, where she is creating and refining a vision to help scale her ambitious dream.

As she explains in this short video, her Fathers for Daughters project will fuse online and offline efforts to help solicit, illustrate, and share inspirational father-daughter stories from around the world. In addition to her online initiative, Dasgupta plans to organize community-level "story huts" across the globe to collect inspiring father-daughter stories.

"If I can make even one person think, 'I have to become a better father for my daughter,' that is so powerful," Dasgupta says. "Each visual story with a strong message can have a ripple effect and create more inspiring stories in return."

This Father's Day, I will be celebrating not only the indelible impact of my own father on my life, but also the impact of millions of men across the globe who dedicate themselves to giving their children every chance and opportunity. The ripples from their choices are felt for generations, and works by artists like Debasmita Dasgupta help us celebrate these men as the heroic figures they are.

I am awed by the fact that one ripple from sharing my story connected me with a stranger living 10,000 miles away, and I am humbled to now call her a friend. I am hopeful that this post helps strengthen her mission of sharing positive stories with the world.

If you have an inspiring father-daughter story to share, leave it in the comments below or on the mY FaTHer Illustrations Facebook page for Dasgupta to illustrate. 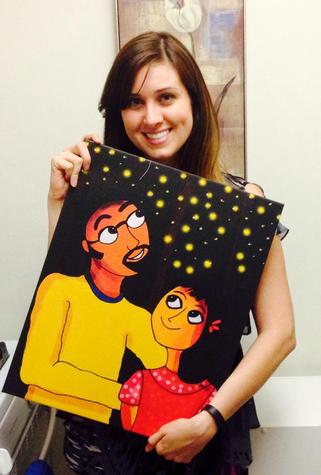