SCROLL FOR THE AWESOME VIDEO

So much for the pregnancy rumor!

Beyonce looked adorable in her cut-off shorts and t-shirts as she sipped a beer backstage at husband Jay-Z's Coachella concert and later performed onstage.

During the show, swigging a red bull, she had a front row view next to California's First Lady Maria Shriver and one of her daughters with Arnold Schwarzenegger. Best of all, at the end, she came out and performed "Forever Young With her husband. Video BELOW the photos. Scroll! 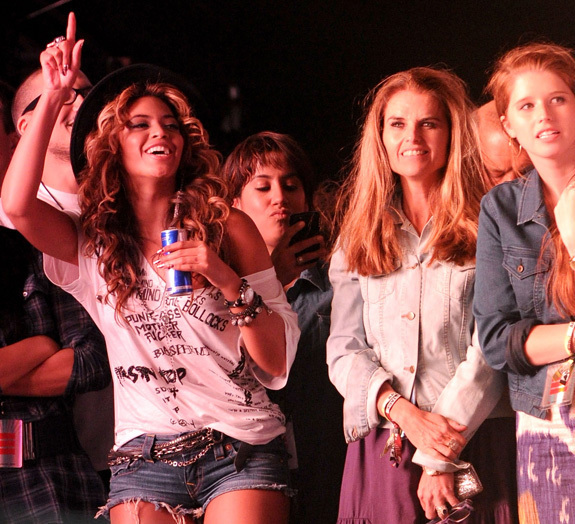 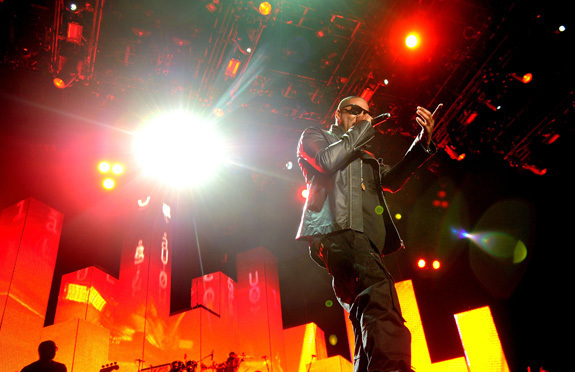 Jay-Z backstage in a hat 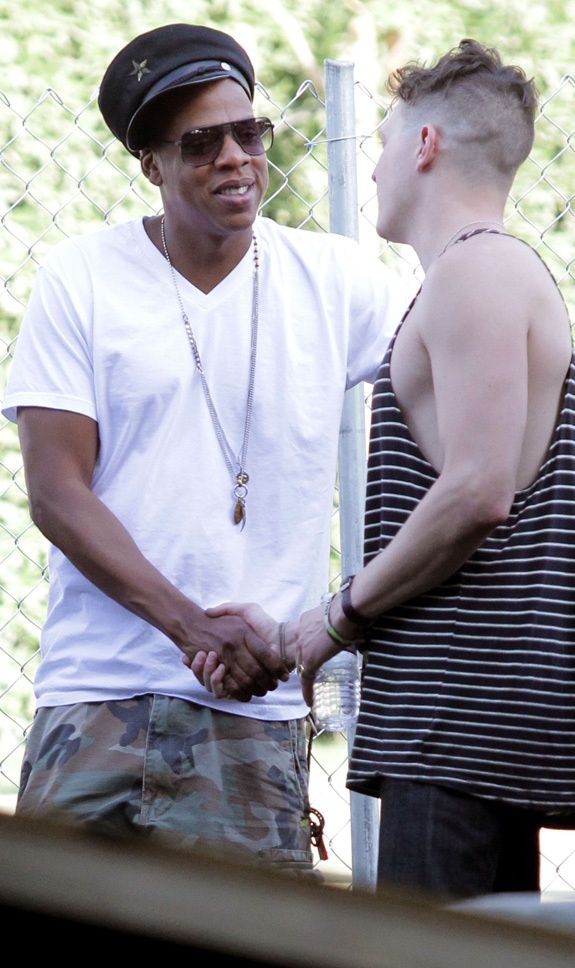