We bet most readers recall the 2002 sleeper hit film, "My Big Fat Greek Wedding," written by and starring Nia Vardalos. The movie centered on Fotoula "Toula" Portokalou, a middle-class Greek American woman going through an early mid-life crisis because she had not yet married. As the story goes, Toula then falls in love with a non-Greek, (e.g., White Anglo-Saxon Protestant) by the name of Ian Miller. Although the movie was set in Chicago it was shot largely in Toronto, where we were living at the time, so the scenes of Greektown on Danforth Avenue hold special meaning for us.

In a very memorable scene near the end of the film, when Toula and Ian celebrate their big fat Greek wedding with their respective families, Toula's father, Gus, finally comes around to accept the "mixed" marriage. He shares the following ageless and very touching Greek wisdom with all of the guests at the reception:

"You know, the root of the word Miller is a Greek word. Miller comes from the Greek word, 'milo,' which is mean 'apple,' so there you go. As many of you know, our name, Portokalos, is come from the Greek word 'portokali,' which mean 'orange.' So, okay? Here tonight, we have apple and orange. We all different, but in the end, we all fruit."

How simple-sounding, yet so profound and true: we are all different, but in the end, we are all fruit. Of course, you don't have to be of Greek heritage to appreciate this bit of philosophy. Nor do you have to be of Greek heritage to appreciate -- and resonate with -- the meaningful story depicted in the movie. In fact, it is because the movie reflects so many of our own families and personal lives, Greek or not, that makes its story arc so compelling and memorable. We can relate to Toula, to her entire family, and to her situation precisely because it mirrors so much of us and our lives. 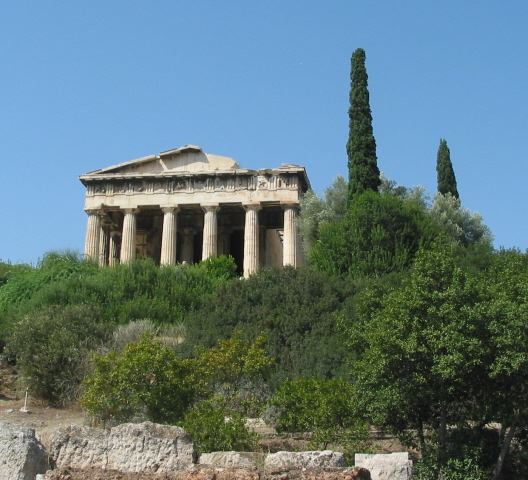 Against this backdrop, of course, still lies the very obvious and hard-to-forget "Greek" theme. To the Windex bottle-toting Gus, for example, all English words can be traced to their Greek roots. While humorous when considered in a movie script, the implications of this part of the storyline are not as far-fetched as some may think. In this regard, the loan given by the Greeks to the English language is enormous. The expression, "It's all Greek to me," is not really that far off the mark, since there are more than 40,000 Greek words in use today in the English language.

The vast contributions of Greece to Western civilization don't stop with language by any means. Indeed, it was the famous English Romantic poet, Percy Bysshe Shelley, regarded as one of the finest lyric poets in the English language, who keenly observed: "We are all Greeks. Our laws, our literature, our religion, our arts have their root in Greece." Moreover, it has been recognized through the ages that to be Greek is not necessarily the result of heritage, birthright or birthplace. For example, the Athenian speechwriter, Isocrates, who was a contemporary of Socrates, espoused that "the word 'Greek' is not so much a term of birth as it is of mentality, and is applied to a common culture rather than of common descent." Likewise, the modern Greek poet and winner of the Nobel Prize in Literature in 1979, Odysseas Elytis, said that, "To be Greek means to feel and react in a certain way, nothing else; whether one is young or old, born here or there."

By implication, to be Greek or to manifest one's "Greekness" is a potentiality that exists in all of us. We believe this human capacity is inherent in everyone, even if it appears to be dormant, waiting to be unleashed in some way. In other words, there is an inner "Zorba the Greek" in each and every one of us, waiting to dance on the beach of life, eager to embrace the "full catastrophe" of living, and determined to experience all of life to the fullest, with enthusiasm and meaning. 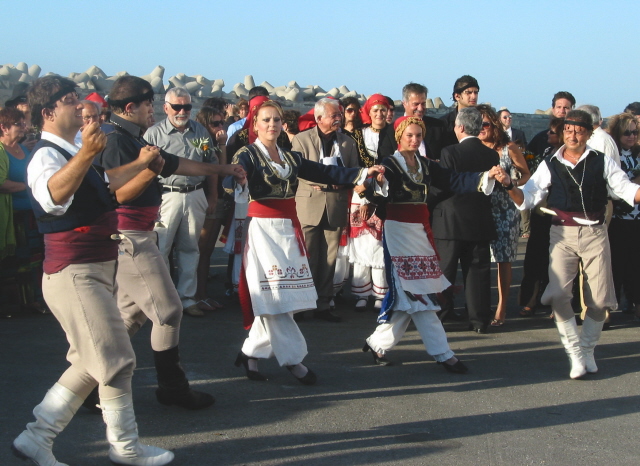 Like the Zorba character, The Huffington Post's own Arianna Huffington, who we all know is of Greek heritage, has always embraced life with unparalleled enthusiasm and meaning. When the going gets tough, she accepts the challenge before her as if the mighty Zeus himself had instructed her to do so. To be sure, she is much more than a self-described ordinary "Greek peasant girl," and she believes that she is part Cassandra, the archetypal character from Greek mythology of someone with prophetic insight. In a way, being Cassandra is just another way for Huffington to manifest or realize her inner "Greekness." Indeed, by her own admission, she has referred with great pride to her "Greekness" as an asset on numerous occasions and has relied upon this valuable asset frequently in her personal and professional life.

It is partly because we believe so strongly that we are all Greek that we developed The OPA! Way lifestyle. This new paradigm or mental model offers the antidote to the stressful, unhappy, unhealthy, disconnected lives many people around the world are experiencing today. The wisdom and practical advice that are the foundation of this philosophy of living can be applied both to our personal lives and our work lives.

Thousands of years ago, philosophers like Heraclitus, Hippocrates, Socrates, Plato, Aristotle and others had grappled with the existential question: "How do we live the good life?" Fast-forward to the present day, and we find the Greeks living in so-called postmodern society, along with those of us living in similar circumstances, asking the very same question. It is as if we have "progressed" and "regressed" at the same time.

Today the tiny country Greece and her citizens are faced with formidable challenges and, once again, find themselves rocking the cradle of Western civilization and leading the way out of the abyss as they seek to reinvent our common notions of democracy. Likewise, Greece and her citizens are now being forced to reassess what really matters in life. Not unlike other nations in the contemporary era, today's Greece and Greeks must reengage with some traditional values and customs from which they had become estranged in their hurried quest to "modernize" at any and all costs. According to traditional Greek village wisdom, "The truth and the olive oil always come to the top." To quote again the Greek philosopher from "My Big Fat Greek Wedding," Gus: "We all different, but in the end, we all fruit."

And to that we add, we are all Greek. OPA!

Dr. Alex Pattakos and his partner, Dr. Elaine Dundon, are the co-founders of The OPA! Way® lifestyle of "Living Your Inner Greece!" which means living all of life to the fullest with enthusiasm and meaning. You can find out more about Dr. Pattakos, author of the international best-selling book "Prisoners of Our Thoughts," and Dr. Dundon, author of the international best-selling book, "The Seeds of Innovation," in their full bio.